Are Peter Weber and Kelley Flanagan engaged? Bachelor rumors reveal a wedding is in the works

Peter Weber and Kelley Flanagan have kept a low profile since leaving The Bachelor.

Peter infamously got engaged to Hannah Ann on the season finale but decided to break things off with her to pursue a relationship with Madison Prewett.

Madison also shut him down. Within a few weeks, Peter was spotted in Chicago.

He hadn’t told anyone, but he was in quarantine with Kelley, and the two were discussing everything that went down on The Bachelor.

Even though Peter sent home Kelley during Week 6 of the show, the two had met before and had a strong connection.

Peter Weber and Kelley Flanagan are rumored to be engaged

The two didn’t get engaged on the show, but rumors are swirling that they are engaged now. If they are, they have managed to keep this news completely under wraps.

The rumor first surfaced on a private Instagram account called @deuxmoi and was shared by a public profile called @bacheloring.

“Rumor has it…Peter & Kelley are engaged.” 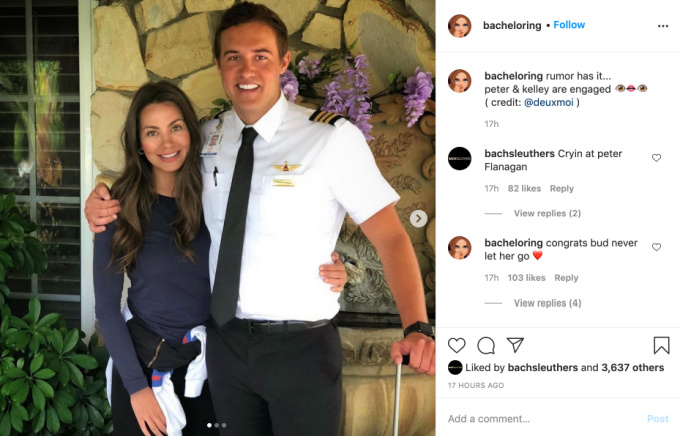 In the three-picture post, a source supposedly reveals that they are engaged and that someone’s friend has received a “save the date” card for their wedding.

The person doesn’t reveal when the wedding day is or more details about the engagement. 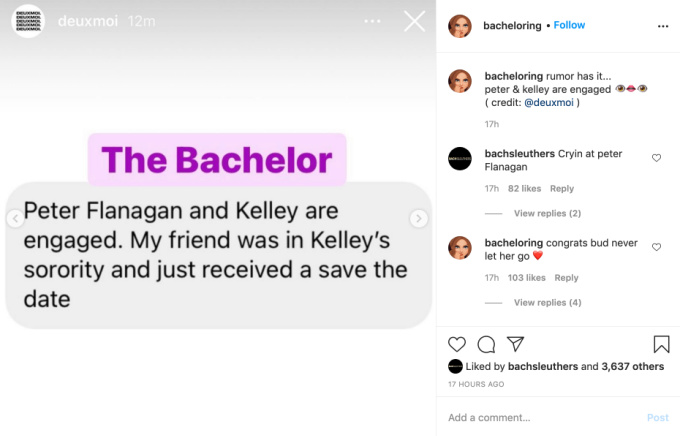 The final photo shows Peter’s mom with Kelley and Peter. She was thrilled when Peter got together with Kelley.

She promised fans a while ago that she would dish any details she could about a potential engagement or wedding. 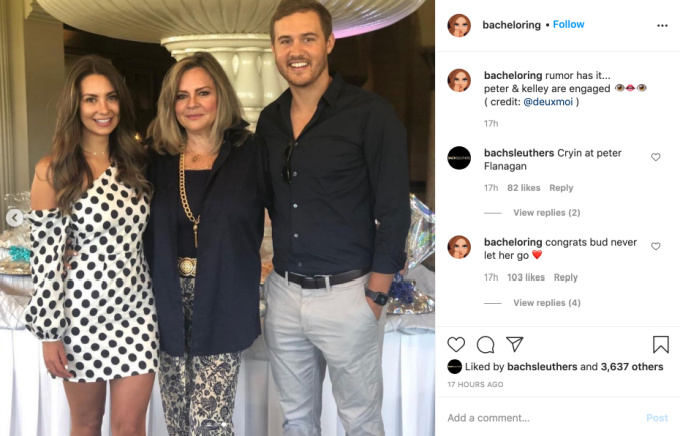 However, she hasn’t said anything,

They may be engaged but are choosing not to say anything to the world about it. It’s no secret that Peter wants to step back from The Bachelor spotlight.

Back in October, Peter and Kelley were spotted in Florida. At the time, Peter looked very happy to be with Kelley, but fans who spotted them wondered if Kelley was truly happy with him.

Earlier this month, Kelley was asked about having children with Peter. Both Peter and Kelley seemed to push the question on Dylan Barbour, who has been engaged to Hannah Goodwin for a year.

They got engaged on Bachelor In Paradise last year and could be the couple closest to having children out of anyone in Bachelor Nation right now.