BBC Breakfast: Charlie says donation stories ‘get him every time’

Charlie Stayt returned with Naga Munchetty for Thursday’s edition of BBC Breakfast, with the pair giving those watching the latest on the biggest stories of the day. One story which Charlie admitted he was touched by was the news people had been donating old laptops to ensure school children were able to access online learning from their homes. After reporting on several recent goodwill stories in recent weeks, he noted: “It gets me every time.”

The attention had returned to the studio after a segment on laptops being repaired and restored to give to school children.

Many pupils are currently receiving lessons from their homes due to stricter lockdown measures having been recently introduced by Prime Minister Boris Johnson.

Charlie was joined by guest Matt Hood, Principle at Oak National Academy, to discuss the ways in which the initiative he was involved was helping children.

The online academy was set up by teachers during lockdown to provide online lessons and resources to children and parents. 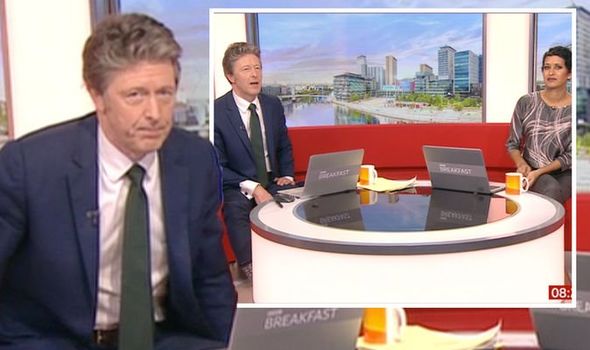 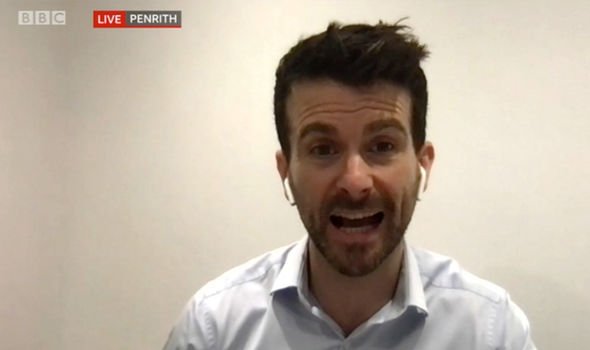 Charlie told the guest: “There are so many things to celebrate in that piece we just saw a moment ago.”

The host recalled Marilyn, a member of the public who had lost her husband and recently donated two laptops sitting around in her house.

Two twin girls also appeared in the video-tape, expressing their gratitude towards a laptop they had been given, calling it “life-changing and lifesaving.”

“That is something really to celebrate, isn’t it?” Charlie added. 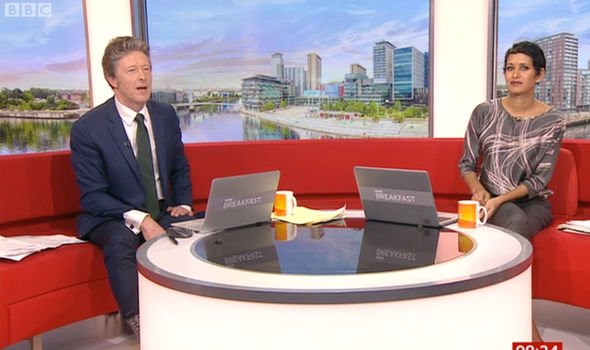 “It really is and what we’ve seen in the past week – because of campaigns like this from the BBC – and campaigns like the one we’ve been running here at Oak National Academy about getting data to pupils have meant more and more pupils being able to access some of the remote lessons.”

Matt went on to explain how the academy is a teacher initiative from the first lockdown, which was later back backed by the Government.

The service offers over 10,000 lessons, which can be accessed for free by parents, teachers and pupils.

After the interview, Naga probed her co-star on what his favourite subject was during his school days, to which he hesitantly joked: “Break time?”

He continued: “We’re all on a learning curve every day and do you know what? We’ve run a few of these pieces now, about people donating equipment and things.

“It gets me every time,” Charlie admitted, to which Naga agreed.

“It was Marilyn wasn’t it?” He added, with Naga continuing: “It was Marilyn whose husband passed away recently and unfortunately, she hasn’t been able to sort out the funeral.

“But she was in tears because she just said, ‘He would have been so proud,’ of her doing that because that’s what he’s about as well.”

Charlie weighed in: “I know for sure – we know because we’ve done the story a few times – the reaction is immense.

“We’ve said this now, people are going to go and look and find a laptop somewhere to send it off and I think that’s fantastic!”

“Well, you tried to crash the website last time,” Naga recalled. “And it did, well done!

“Look at the power you have Charlie,” Naga concluded – before telling viewers how they could get involved with the campaign.

BBC Breakfast airs daily from 6am on BBC One.