Bill Murray Heard About Dustin Hoffman Being Accused of Sexual Harassment, Says Actor Is a ‘Flirt’ and ‘Really Good Guy’

Bill Murray spoke up for his friend and fellow actor Dustin Hoffman while appearing in conversation with former talent agent Michael Ovitz at New York City’s 92Y (via Yahoo! Entertainment). Ovitz co-founded Creative Artists Agency (CAA) in 1975 and is responsible for helping both Hoffman and Murray land parts in Sydney Pollack’s 1982 comedy “Tootsie.” Murray interrupted his conversation with Ovitz to praise Hoffman.

Hoffman was one of several high profile actors accused of sexual harassment last fall. Television producer Wendy Riss Gatsiounis (“Reign,” “Genius”) alleges Hoffman harassed her and propositioned her for sex in 1991 when the two were working on a potential film adaptation of her play, “A Darker Purpose.” Hoffman has also been accused by Anna Graham Hunter, who says he groped her and made inappropriate comments to her when she was a 17-year-old intern on the set of the 1985 TV movie “Death Of A Salesman.” 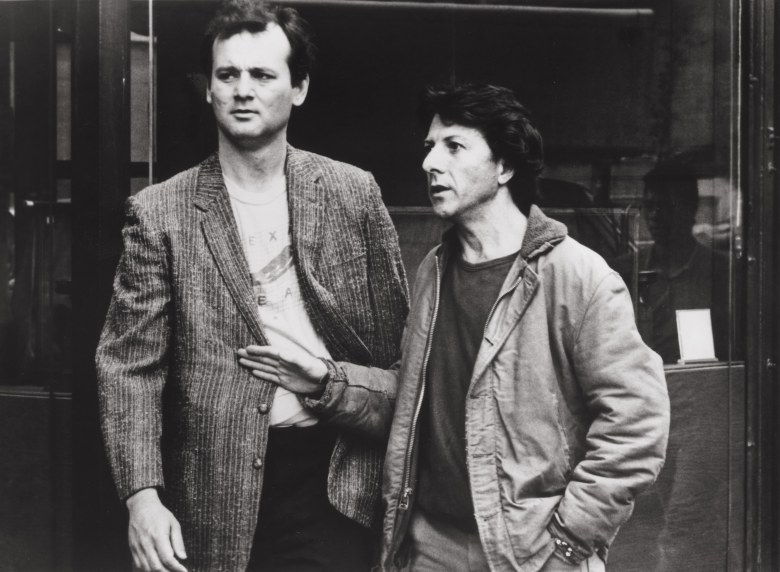 Murray’s comment is the second time New York’s 92Y has made headlines for quotes about Hoffman’s alleged harassment. Last December, Hoffman appeared at the venue to take part in a conversation for the 20th anniversary of Barry Levinson’s “Wag the Dog.” Moderator John Oliver pushed Hoffman during the panel to address the allegations against him, leading Hoffman to tell Oliver, “You’ve put me on display her. You have indicted me…That’s not innocent until proven guilty.”

Hoffman has remained largely out of the spotlight since being accused, although he did take part in some press appearances for his role in “The Meyerowitz Stories” last fall. Murray, meanwhile, was on the big screen earlier this year in Wes Anderson’s “Isle of Dogs.”