BOB Saget spoke openly about suffering "a lot of death in my family" in an interview almost a decade before he himself was found dead at the age of 65.

In chilling comments from 2013, the Full House star spoke about the loss of four siblings and how he would come to use humor to survive the heartache. 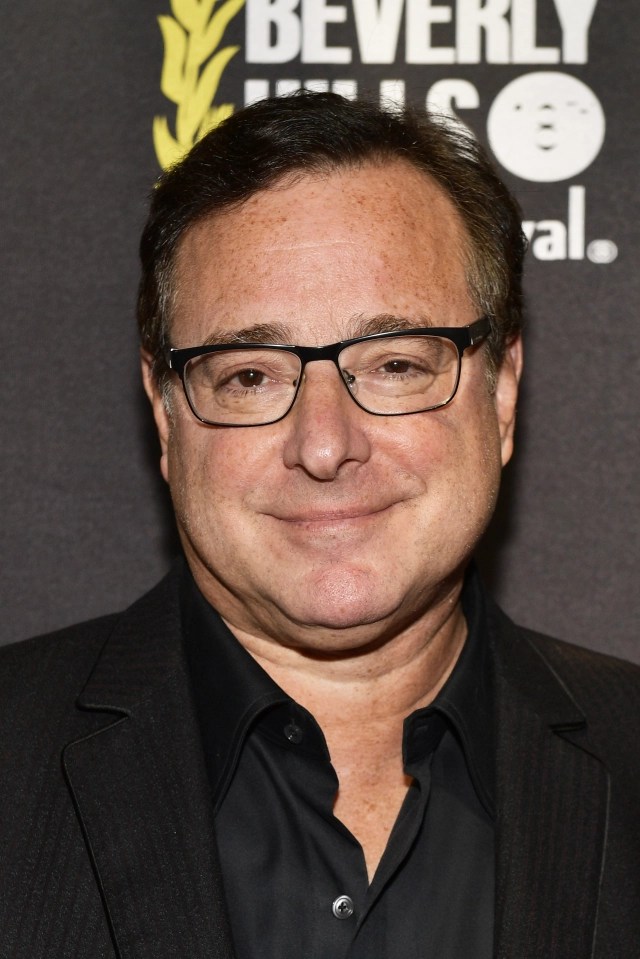 Saget – who was found dead in a Florida hotel room on Sunday – told news.com: "There’s been a lot of death in my family.

"My parents have lost four kids, and we dealt with death and difficulty through odd, sick humour. My dad just ended up with a strange sense of humor and I inherited it and took it to a professional level.

“He was able to use humor to help us survive. I like to joke that he touched a lot of people, and they’re all pressing charges now.”

Saget's sister Gay died of the chronic disease Scleroderma when she was just 47.

As he explained in a Today article in 2016: “Scleroderma is an incurable chronic disease which means “hard skin.”

"In some patients scarring forms in the lungs and on the skin, changing a person’s appearance."

"In other patients, the blood vessels are predominantly affected, leading to profound loss of lung function over an extended period of time," he added.

"She needed so much help," he said in a 2019 interview with NIH Medline Plus Magazine.

"It is incredibly painful to have a loved one experience a condition like this. It is a very painful disease. My family is still having post-traumatic stress disorder.

"I don't know how my parents endured."

Saget would also lose another sister, Andrea, who suffered a brain aneurysm in 1985 when she was just 32 years old.

He and his family also suffered the loss of his twin brothers at the time of their birth, according to reports, although few details are known.

Saget’s dad Benjamin died in 2007 due to heart failure and its complications while his mom Rosalyn died from abdominal cancer in 2014.

Comedian Saget was found dead in a Florida hotel on Sunday.

He had performed at a stand-up show just hours before he passed away.

The Sheriff’s Department and fire department responded to the Ritz-Carlton in Orlando at around 4pm after Saget was found in his room by hotel security.

He was pronounced dead at the scene but the circumstances of his death are unknown at this time.

NO SIGNS OF FOUL PLAY

"Earlier today, deputies were called to the Ritz-Carlton Orlando, Grande Lakes for a call about an unresponsive man in a hotel room," the Orange County Sheriff's Office tweeted.

"The man was identified as Robert Saget & pronounced deceased on scene. Detectives found no signs of foul play or drug use in this case."

The actor and comedian had been touring the country recently, coming to multiple locations in Florida.

He was doing a show in Jacksonville Saturday night, staying until early Sunday morning.

“Loved tonight’s show @PV_ConcertHall in Jacksonville. Appreciative audience. Thanks again to @RealTimWilkins for opening,” tweeted Saget around 3 in the morning on Sunday.

Saget was best known for his role as Danny Tanner, the patriarch of the Tanner family in Full House. He played the role opposite John Stamos and Dave Coulier.

Many remember Saget as the family-friendly father of three that he portrayed onscreen. In actuality, he was known in the comedy world for being incredibly raunchy.

His memorable Comedy Central roast saw him take shots at other iconic comics such as Norm Macdonald, Gilbert Gottfried, Jon Lovitz, Jeff Ross and others.

Saget was also the host of America’s Funniest Home Videos from 1989 to 1997, which ran concurrently with his time on Full House.

He reprised the iconic role for the Netflix reboot, Fuller House, which ended in 2020 after running for four years.

His other roles included a recurring role on Entourage, where he played a fictionalized version of himself. He was also the narrator in How I Met Your Mother and the star of Raising Dad.

He started a podcast series called Bob Saget’s Here For You and was a featured celebrity guest on the Masked Singer.