From bomber jackets to bling, MIFF struts its fashion cred

"This is extremely heavy," Pei says, flicking to a sketch – one of dozens of dresses for her cathedral-themed "Legends" show – on her iPhone. "Over 50 kilograms." 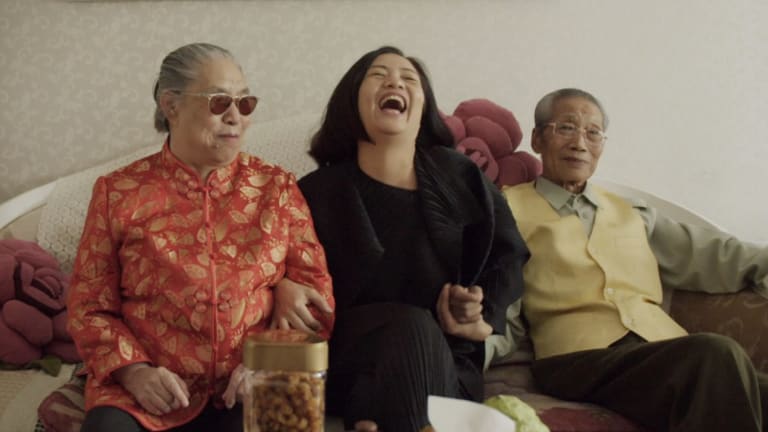 Guo Pei and her parents in a scene from Yellow is Forbidden.

That's chunkier than your average catwalk model sans frock but the four fashionistocrats around this table don't even blink. Pei's penchant for defining capital-L luxury in giant gobsmacker frocks that twinkle with millions of laboriously stitched micro-ornaments and are often so heavy, so awkward, they hobble their models to lurching toddlers, is globally known, especially after Rihanna dragged 25 kilos of flashy, fur-trimmed mustard yellow Guo Pei (with help from a trinity of muscled minions) up the red-carpeted stairs of New York's Met gala just a few months earlier.

So, no shock, but there is one thing. "By law on a building site in France nobody is allowed to carry cement bags over 32 kilograms," muses one of Pei's Parisian staffers. "Imagine if we make them carry 50 kilograms – we'll end up in court!" 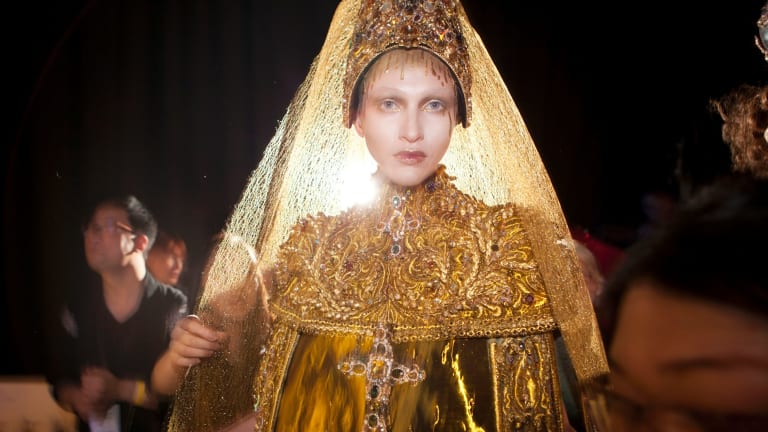 Now there's laughter. "Maybe we shouldn't use models, but athletes!" But Pei, who speaks only Mandarin, has missed the joke and is still busily nutting out logistics, not compromises. Maybe, she thinks aloud, the model assigned to a particularly huge 20-metre-wide frock could be "sort of running" up the catwalk?

Brettkelly's deliciously intimate film, Yellow is Forbidden (the title comes from a rule Pei's grandmother handed down to her – and which Pei often and joyfully broke – from the fringes of the last emperor's court), is one of four rich and surprising documentaries picked to lead the Melbourne International Film Festival's Fashion X Cinema suite. The others focus on designers Vivienne Westwood and Alexander McQueen and illustrator Antonio Lopez.

Another 10 films – swivel points in 20th-century fashion history and culture – were chosen from a list of 100, "off the top of my head" by MIFF artistic director Michelle Carey. "Films that show the way the body is clothed [costume] influences the character," she says. "And films that show that how fashion, which is another thing entirely, is of its time."

After a decade with MIFF, this year's program is Carey's last before moving overseas and the fashion retrospective is a labor of love. 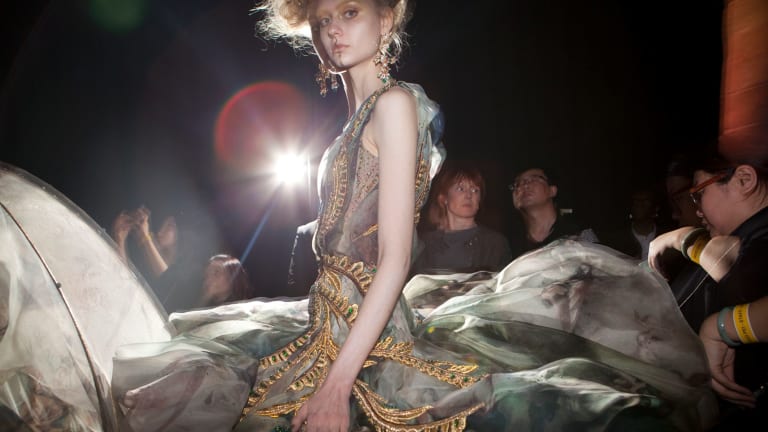 "I love all genres of film – comedy, drama, Hollywood, documentary, European arthouse – so the fashion [retrospective] has got that diversity in it."

She's picked classics such as Funny Face (1957) and Picnic at Hanging Rock (1975) as blips on fashion history's horizon; the years modern glamour was defined and Audrey Hepburn's trim hips pulled ahead of Marilyn Monroe's busty beauty in the pop-cultural stakes (and never left), and Miranda's virginal ruffles and ribbon sash drifted across the most potent years of women's liberation. 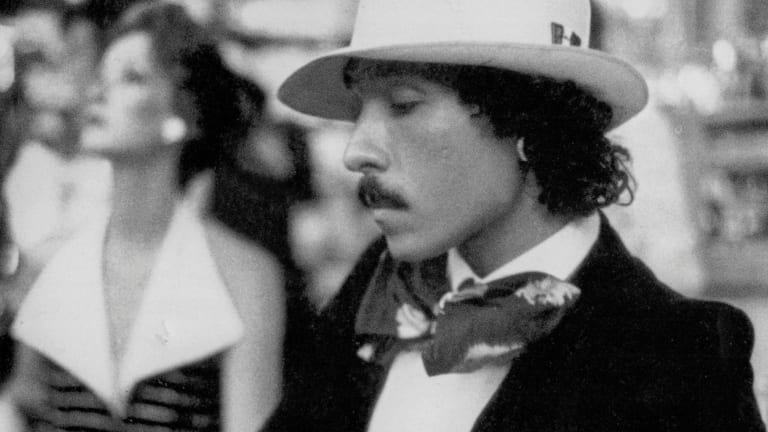 Not all the films, however, will be as neat to unravel and as easy to love. A couple, I found difficult to watch; bad acting, naff narratives, improbable production by today's standards. But Carey's advice was to open up, plumb deeper, find their art. And, it worked.

Wild Style (1983), for example, seemed a jerky, cliched garage production about graffiti gang night manouevres on my first viewing, but on my second, a nuanced record of the earliest rumblings of hip-hop style and culture, still the most penetrating influence on fashion today. Before blinged sport-street wear, global logos and frayed twerk-shorts, yes, there were natural afros, no-name bomber jackets and sandshoes. 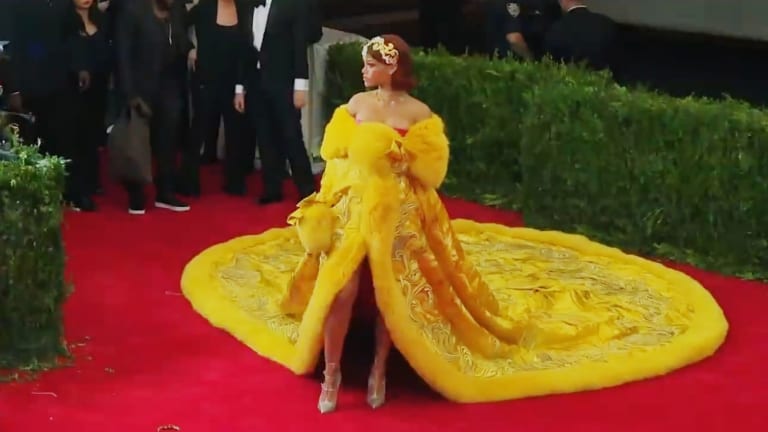 Rhianna wears a 25-kilogram number by Guo Pei to the Met gala in 2015.

"Wild Style is a great example of that renegade, low-fi style of film I love," Carey says. "Not winning any awards for acting or plot or anything, but the music, the fashion, the quasi-documentary style of looking at street life in New York in the early 1980s, it deserves its place in fashion history beside those more quality films like Funny Face or Picnic at Hanging Rock."

Fashion's reactive nature – to everything from politics and poverty – and its role as a unifying language also bubbles in Carey's pick of flicks such as Paris is Burning (1990). It's a rollicking record of the legendary fashion and dance contests – "balls" – staged by African American gays in the death-fearing age of AIDS in New York. 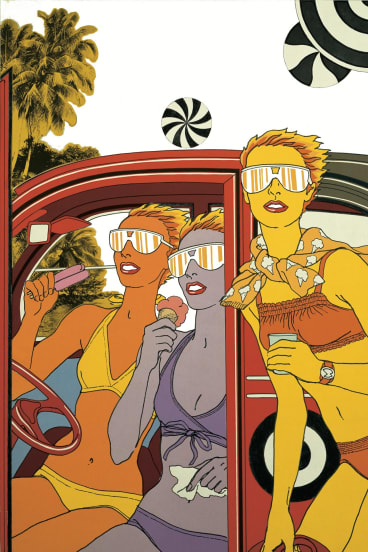 An illustration by Antonio Lopez.

Poverty and racism were rife beyond the ballrooms, but a seriously glamorous drag or archetypal fashion ensemble (sometimes stolen, often starved for), and a vogue-ish strut was entry to a tightly knit, familial community. "It's like crossing into the looking glass," says one character. "You go in there, and you just feel right."

Carey picked documentary Antonio Lopez 1970: Sex Fashion & Disco for similar reasons. The film is a rocket-fuelled ride through the glamorous life of legendary New York fashion illustrator Lopez, via Paris, Tokyo and St Tropez. "An amazing film," Carey says. "The prudishness of the 1960s had just completely dropped away, queer and drug-taking lifestyles had become almost mainstream and fashion was all about that: looking fabulous, being fabulous." 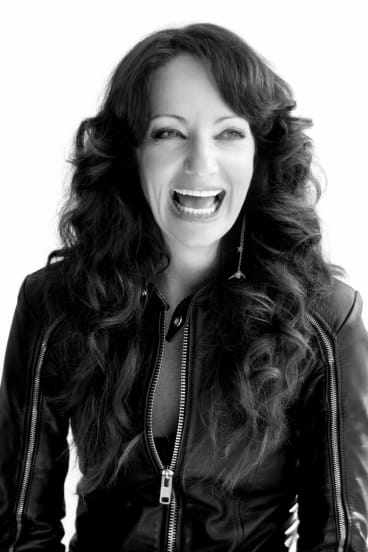 It's hard to imagine now, but the era's distinctive high-voltage glamour was not linked to brands and logos either. "Noooo!" Carey says, laughing. "[Fashion] was people putting their own outfits together, using pharmacy-grade cosmetics, whatever, and just looking amazing."

It's precisely fashion's spectacular visual history that fools many into believing it's all surface, no substance. "So our mission statement was to highlight films that make you think about fashion in a different way," Carey says. 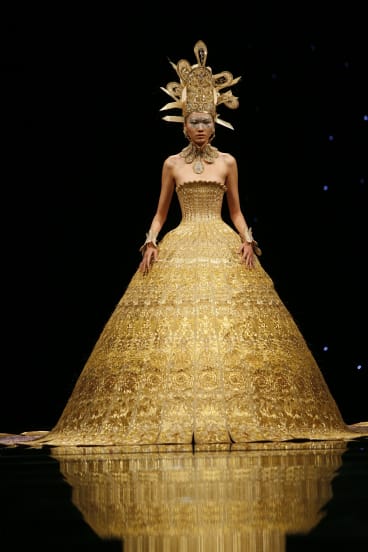 Yellow is Forbidden was a case-in-point, lovely at its surface, but with a tangled socio-cultural web illuminating an east-west schism in current fashion history underneath. "She's a Chinese fashion designer with an amazing purity of vision," Carey says of Pei. "She's very much of her time when now, all eyes are on China."

For two extraordinary years, Brettkelly and her crew tracked Pei like a Kardashian, through her first visit to New York and inclusion in the Met's "China Through The Looking Glass" exhibition, to her listing among Time magazine's most influential women in the world and finally, her hard-won invitation – the first to a Chinese designer – by the Chambre de Syndicale de la Haute Couture to show her collection in Paris.

"I didn't know what the story was at first," Brettkelly says. "I just thought I'd found somebody really fascinating and a really beautiful visual environment."

And so she did, but the film is also probing, spectacular in parts and a near-visceral experience for fashion craft die-hards, if you count such moments as needles squeaking gold thread through stiffened silk, or red dye running like blood in water, darkening pale sheaves of raw yarn.

But below the beauty, Brettkelly says the wider, more complex storylines were easy to spot. "China's at a really interesting place, and I could see Pei feels the responsibility of redefining that international perception. China might have become known in recent years for knock-offs and plastic toys but [Pei] is always saying, 'We have 5000 years of history, we were embroidering before anybody was embroidering, we introduced colours into the fashion landscape through the Silk Road' …"

Ironically, Pei's couture has also been accused of closely echoing iconic designs by iconic designers: McQueen, Gaultier, Lacroix, Saint Laurent, Lanvin. The criticism plugs conveniently into fashion's current obsession with the definition of "knock-off", but also throws an inconvenient cracker into the last century of Western fashion, "inspired" at one time or another, by Chinese culture.

"Pei's at that intersection [of Western and Chinese fashion]," Brettkelly says. "She's unique; she believes the heavier the garment, the higher the shoes, the bigger the crown, the more you put on a [model], the more she shines and becomes regal, like a queen. It's the opposite of what others believe but it's beautiful and actually comes from this incredible sense of self and culture.

"Guo Pei has a particularly tender and very instinctual response to a lot of things whirring around [that] the rest of us might just not take a second look at." 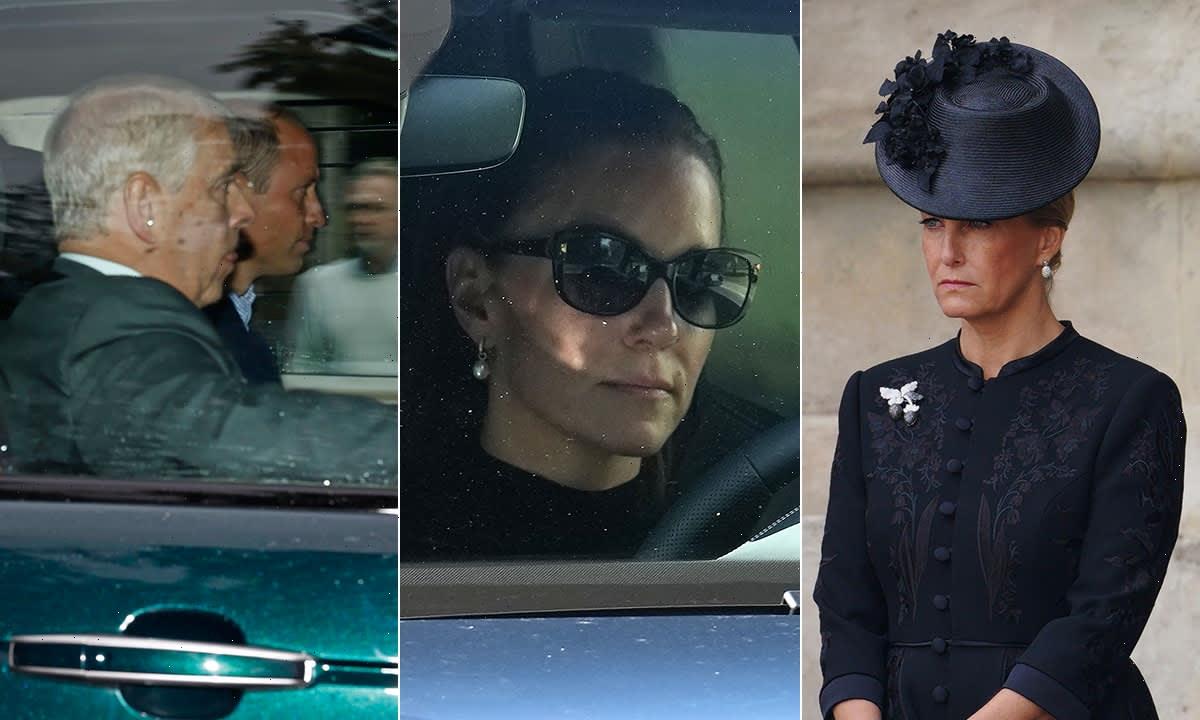