The Brexit Party stood down 317 candidates in the run-up to the general election to help Boris Johnson keep a hold of seats won in 2017. But Nigel Farage’s strategy could have cost candidates the chance of entering Westminster as none of the Brexit Party’s prospective MPs won seats on Thursday. Political commentator Iain Dale warned Mr Farage his party is now “finished” but suggested he could down in history as “one of the most influential politicians” since Tony Blair.

Asked about the fate of the Brexit Party on Good Morning Britain, Mr Dale said: “They muddied the water to the extent that, had they not stood, the Conservatives would now have a majority of over 100.

“People may have their views. They kind of kept the Conservatives true on Brexit, in a sense.

“But there is no role for the Brexit Party any longer.”

Mr Dale continued: “Nigel Farage hasn’t appeared anywhere – he was supposed to be on my election coverage, didn’t turn up and it’s his own radio station.

“I don’t know where he was drowning his sorrows.” 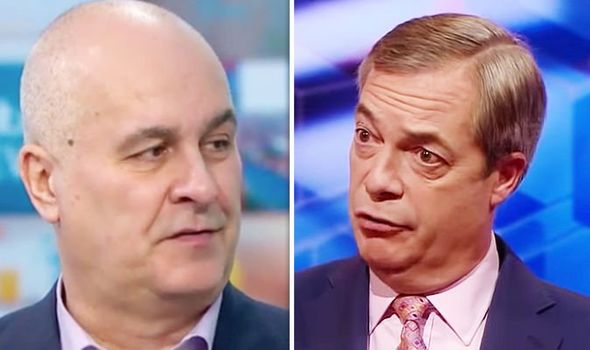 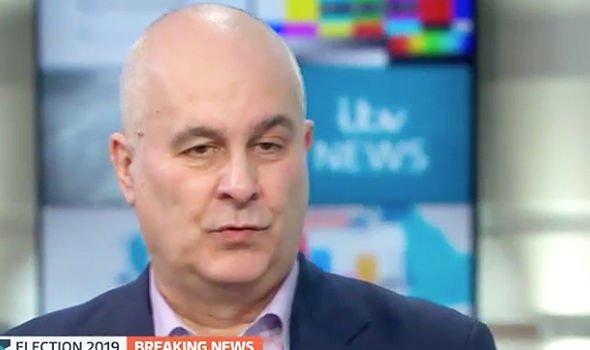 The Election 2019 exit poll results show the Conservative Party securing a massive majority of 368 seats – a significant push ahead of the Labour Party.

The results would enable Boris Johnson to deliver on his promise to “get Brexit done” in January while delivering a huge blow to Jeremy Corbyn.

Labour heartlands were stripped of their MPs as swathes of Britons turned to Boris as the Opposition received a humiliating defeat, the party’s worst result in decades.

Mr Corbyn confirmed he will stand down from the leadership of the party and will not lead Labour in any future election.