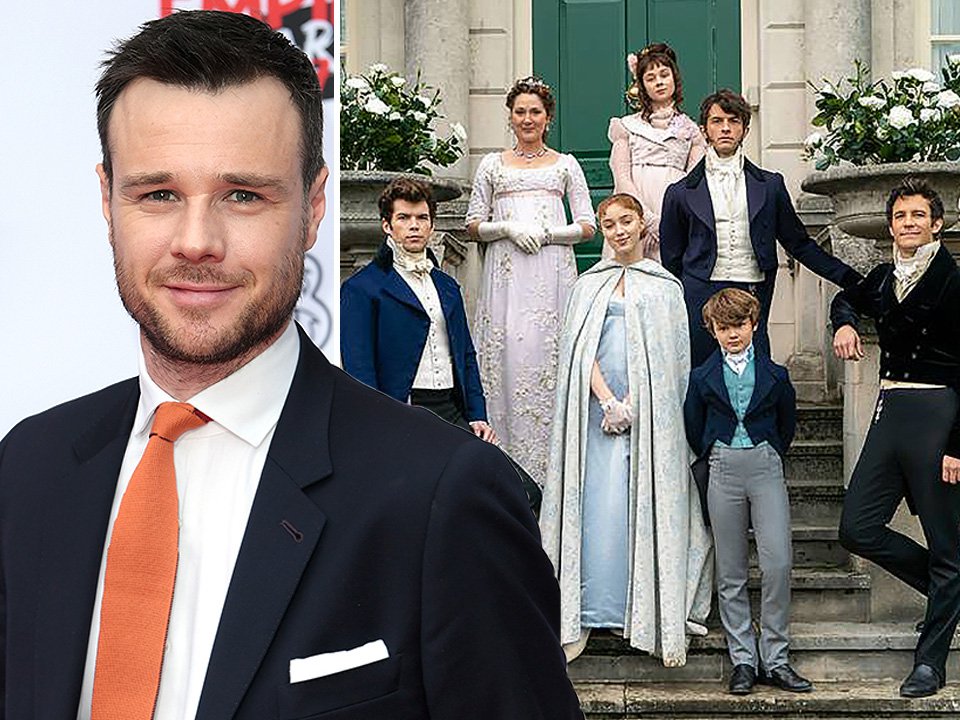 Another family member has been added to the illustrious roster of the Bridgerton clan for season two, with actor Rupert Evans announced as Edmund.

Edmund is the family’s father, whose untimely death meant we didn’t see the character appear on screen during Bridgerton’s first season.

But with Rupert in the role, it’s now confirmed that season two will delve into the past too, as it focuses on oldest son Anthony’s (Jonathan Bailey) romantic escapades as per Julia Quinn’s second novel in the series, The Viscount Who Loved Me.

Rupert, known for playing Frank Frink in The Man in the High Castle, as well as Harry Greenwood in the Charmed reboot, will play the loving and devoted husband, whose true love match with Violet Bridgerton gave them eight children: Anthony, Benedict, Colin, Daphne, Eloise, Francesca, Gregory and Hyacinth.

Edmund is also an endlessly patient and kind father, who takes special pride in guiding his eldest son Anthony through life.

In the books, it’s revealed that Edmund died from a fatal allergic reaction to a bee sting aged 38, leaving his son and heir to inherit the viscounty at just 18.

With a young Edmund in the mix, could it be that we will see a young Violet too, with a throwback to the original Bridgerton romance as Anthony loses his heart to Kate Sharma (Simone Ashley) in the series’ present?

A prequel spin-off series around fan-favourite Queen Charlotte (the delightful Golda Rosheuvel) has already been announced, which is set to feature both a young Lady Danbury, currently played by Adjoa Andoh, and a young Lady Violet Bridgerton, as played by Ruth Gemmell in series one.

So is this the first suggestion of a Regency-style televisual universe with cross-overs between different and future Bridgerton projects?

There’s plenty of material from creator Julia Quinn to work with as, aside from the eight core novels of the series, she’s also written second epilogues for all of her main characters, taking their stories further into the future, as well as a bonus novella about Violet.

Quinn’s also got a four book prequel series that throws back to the Georgian era and delves into the past of the Rokesby family, next door neighbours to the Bridgertons.

But before we get too ahead of ourselves, production is currently under way – in the present day – for Bridgerton’s second season in London, and various photos have been snapped which confirm both the return of haughty Cressida Cowper and the beginnings of Anthony’s romance with Kate at the races.

The first season of Bridgerton is available to watch on Netflix.