The Love Island host, 38, was seen tenderly rubbing the reality star's cheek during the stroll – proving they were still going strong after months of on/off dating. 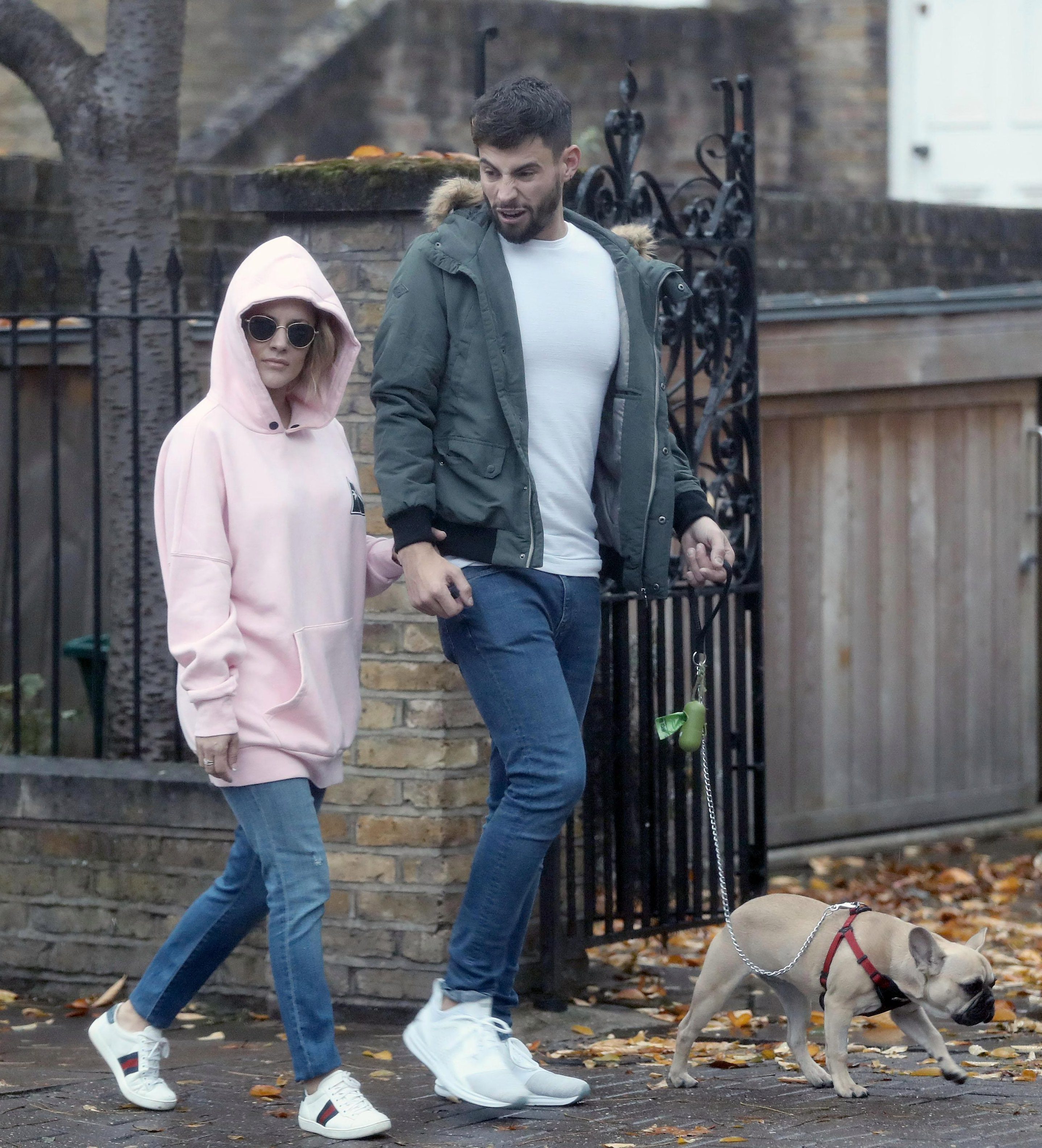 Caroline and Andrew, who got back together for the third time last month, seemed unfazed by the drizzly weather as they stepped out in jumpers to walk their dog Ruby.

Appearing more loved-up than ever, the presenter was seen cuddling up to Andrew and even reaching up to tenderly stroke his cheek during the outing.

Their cosy display comes after they sparked rumours they had married in secret last month.

Andrew, 27, was spotted wearing a gold band on his wedding finger – but insiders told The Sun they were not yet husband and wife. 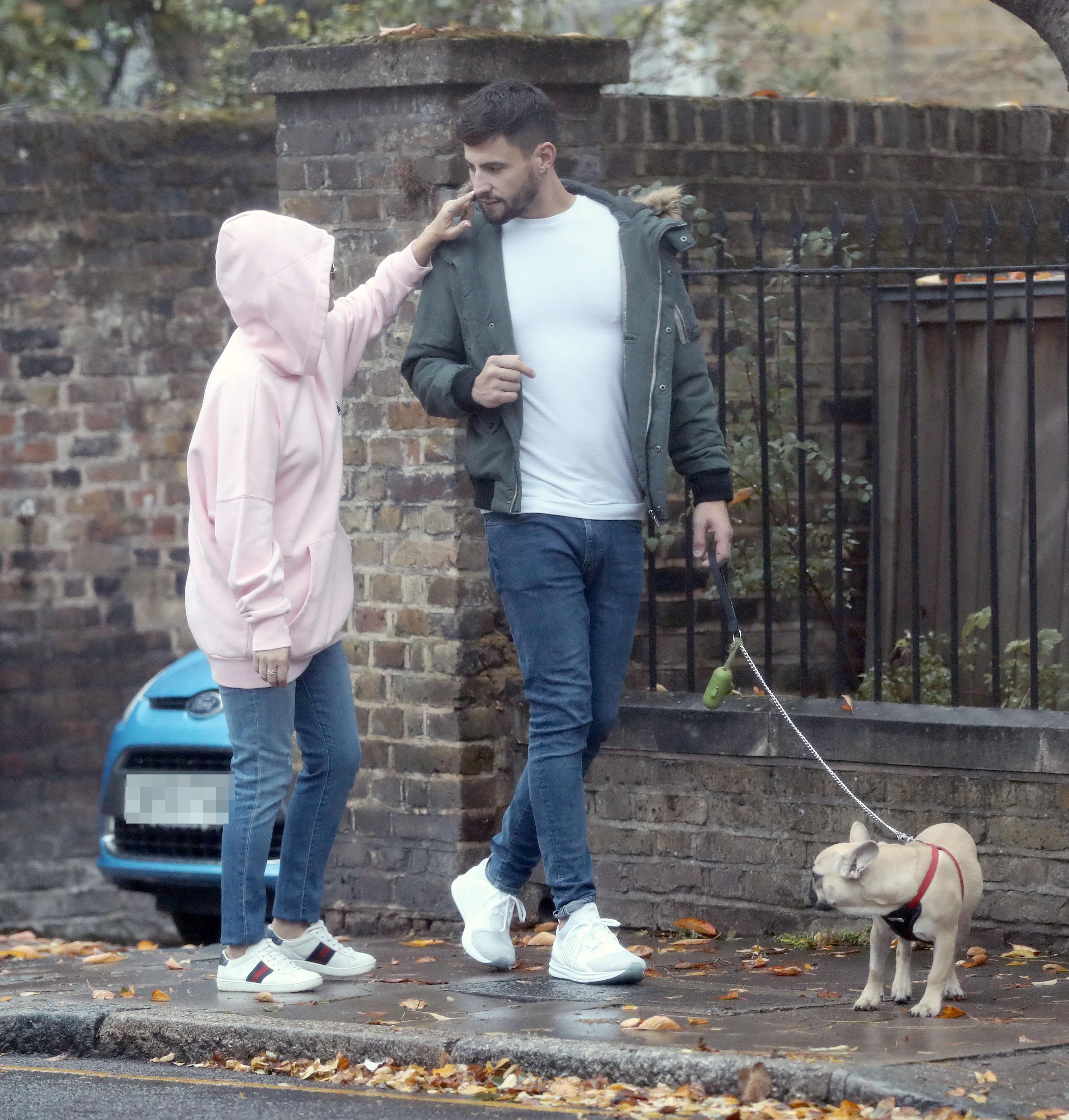 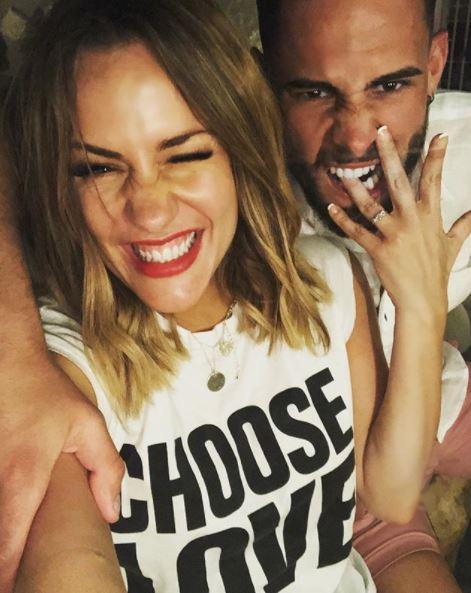 The pair have split twice since hooking up in February but worked through their issues on a make-or-break trip to St Lucia in August.

Caroline first broke up with the Celebrity Big Brother star in March amid claims he had cheated and was using her for fame.

She said in a statement at the time: "I’m sad to announce that Andrew and I have decided to part ways. Unfortunately, it was not to be."

They soon reconciled and got engaged in April but announced their second split on social media only weeks later. 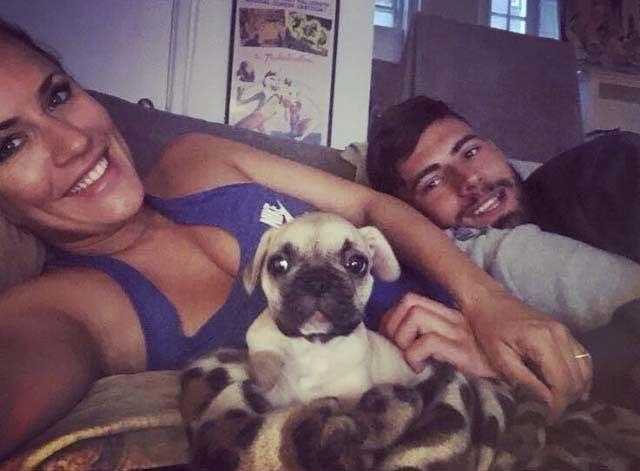 However Andrew was seen moving his belongings back into the presenter's home last month in confirmation they were giving their romance a third try.

Caroline seemed reluctant to confirm their reunion, having ditched her engagement ring earlier on the same day.

A source told The Sun: “Caroline is well aware people think she’s making a big mistake giving Andrew another go and doesn’t want to be made a fool of again."