The two series are expected to spend $58.3 million on wages and in-state vendors 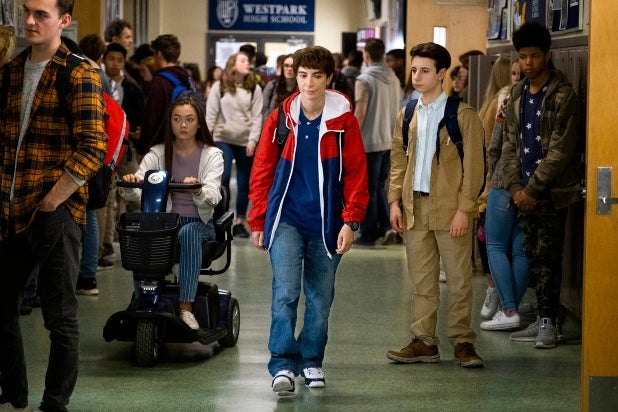 TBS’s “Chad” and HBO Max’s “The Flight Attendant” are the two latest TV productions to relocate to California, with the two programs expected to receive a combined $14.5 million tax credit.

“Chad,” which stars “Saturday Night Life” alum Nasim Pedrad as a teen boy, was previously located in British Columbia, and “The Flight Attendant,” led by “The Big Bang Theory’s” Kaley Cuoco, was based in New York. In relocating to California, they join 21 other programs lured by the state’s film and TV tax credit program, including “Hunters,” “In Treatment” and “Miracle Workers.”

Nat Geo and Disney+’s “The Right Stuff” was previously also on track to receive a tax credit for relocating its second season, but the astronaut drama was canceled earlier this month.

According to the California Film Commission, “Chad” and “The Flight Attendant” will employ 442 crew, 180 cast and 1,980 background actors over a combined total of 117 filming days across their respective second seasons. They are expected to spend $58.3 million on below-the-line workers and in-state vendors.

“In total, the 23 relocating TV series in our tax credit program account for more than 7,500 cast and crew jobs, $852 million in qualified spending, and $1.2 billion in direct overall production spending across California,” said California Film Commission Executive Director Colleen Bell. “It takes significant effort for an established TV series to pack up and relocate production, so our success with such projects says a lot about the industry’s preference for working here in the Golden State.”