Big Narstie is getting his very own late-night show.

The Grime MC impressed so much in a pilot filmed earlier this year that he will now get flex his captivating presenting style in a new 11pm series for Channel 4, The Big Narstie Show.

He’ll be joined by stand-up comedian Mo Gilligan, and together they will welcome celebrity guests to offer an alternative take on the news of the week, TV, showbiz, trends and food, while also taking phone-ins.

Big Narstie has proven to be a big hit with young audiences, spiking the hell out of Channel 4’s viewing figures last year when he appeared in two of their most popular programmes – Gogglebox: Celebrity Special for Stand Up To Cancer and The Big Fat Quiz of the Year 2017. 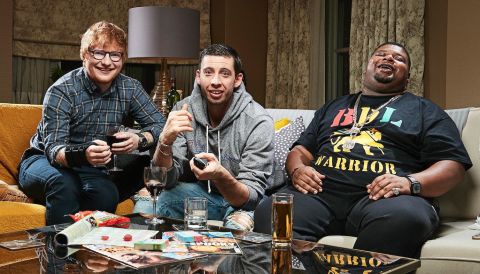 Syeda Irtizaali, the commissioning editor of Channel 4 said: “I can safely say the pilot was like nothing else on television – mad, funny, anarchic and utterly distinctive – I am delighted that we now get to spend quality time in the company of the indomitable and brilliant Big Narstie and the ridiculously talented Mo Gilligan. This series is going to be a real treat.”

It certainly is if it’s going to be half as entertaining as the time Big Narstie tried his hand presented the weather. Remember that gem? 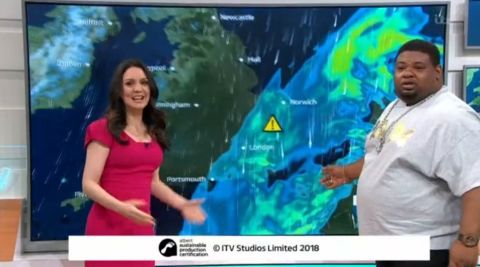 Channel 4 have also announced that Deborah Frances-White, the comedian and writer behind the podcast The Guilty Feminist, will front a pilot for new late-night satirical news show, Next Week’s News.

Also in the new TV world, presenter Jamali Maddix will get to explore some of the strange new ways people are earning a living in the digital era in factual series Futureproof.

Kathy Burke: All Woman will see the award-winning actress, writer and theatre director explore what it really means to be a woman in 2018 in a new three-part series.

And a new, clip-based satirical news show, Antisocial Media, will also get a pilot episode.