The bombshell left little to the imagination in the racy shot that shows her fully starkers. 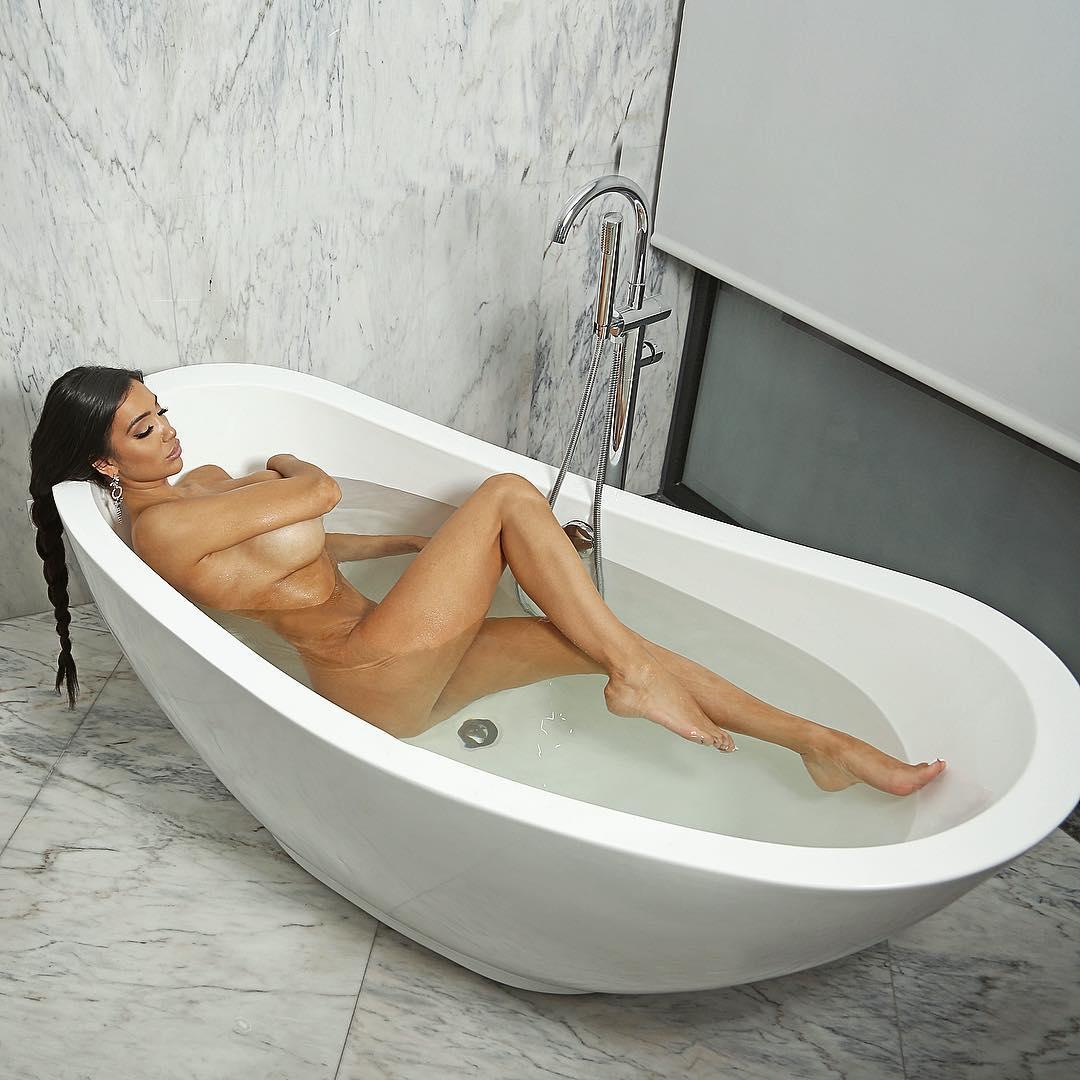 Reclining in a white porcelain tub, Chloe preserved her modesty by placing her arm over her boobs and positioning her leg in an artsy pose.

The reality star looked down sultrily as she enjoyed a not-so-comfortable-looking bath time.

Although most avoid wearing make-up when washing, Chloe stayed true to her glamorous self and rocked a full face of slap for the occasion. 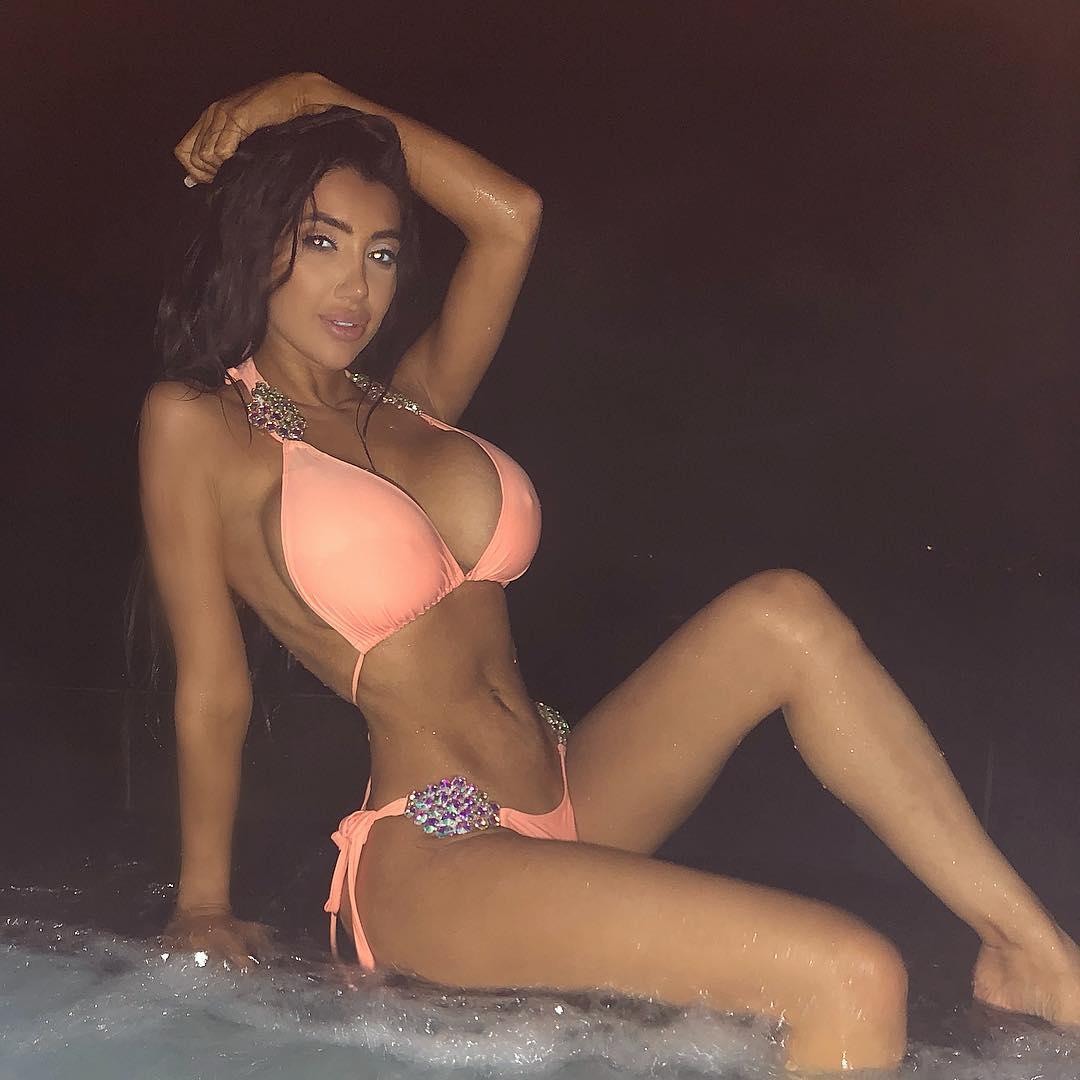 Chloe's fans were quick to heap praise on her, taking to the comments section to compliment the star.

One enthusiastically deemed it the "hottest pic on the web this year so far."

While others praised her"amazing" body and called her a "sexy princess."

Chloe isn't shy when it comes to showing off her incredible body – she regularly shares scantily-clad pics of herself, much to the delight of fans.

The star puts a lot of effort into looking so good and earlier this year she revealed that she spends "four hours a day" in the gym. 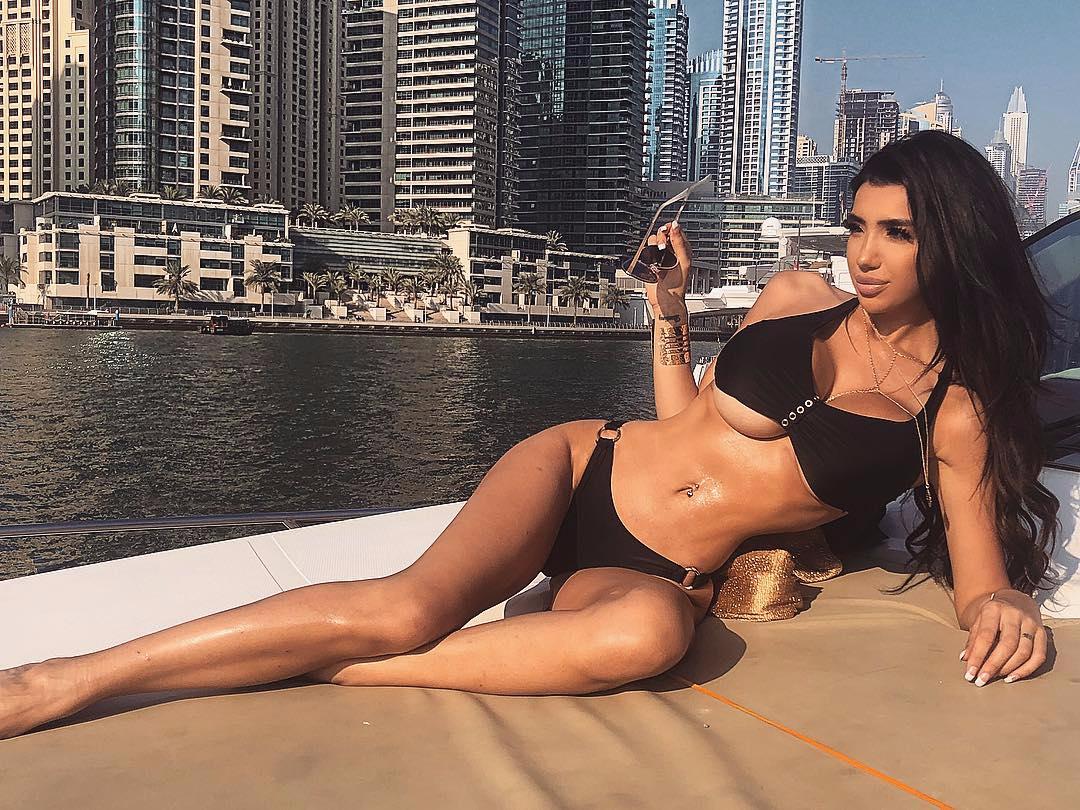 She's also been vocal about turning to cosmetic surgery to help achieve her looks, admitting she has spent over £100,000 on altering her figure.

The star's followers were confused by her new look – with some accusing the star of having chin and jaw fillers.

The 26-year-old model had posted a selection of selfies to her social media page, seemingly unveiling a new look.

And her fans were not afraid to call her out on it in the picture comments.

Under a video of the mother-of-one in heavy glam make-up one person commented: "Easy with the chin and jaw fillers. Too sharp."

Another added: "Your chin is too long now and your lips are not really good… too much surgery.

A third said: "Stop abusing your body, one day you will regret."

While a fourth commented: "Wtf have you done to your chin and jaw? Jesus Christ you look like a robot."

Chloe is yet to confirm whether or not she has had fillers to her jawline and chin – but she has admitted to undergoing other procedures in the past.