Chris Evans Speaks Out About Nude Photo Leak: 'Things Happen and It's Embarrassing' 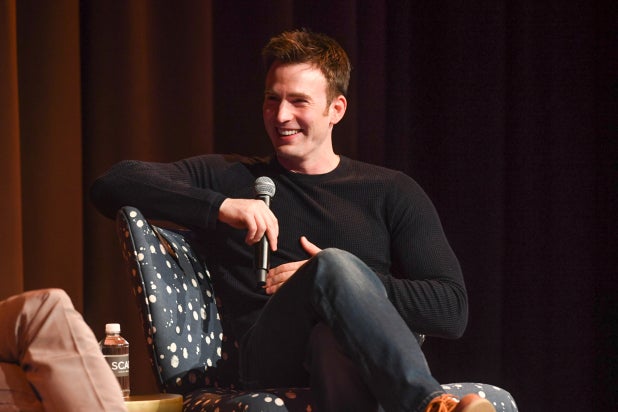 Chris Evans has found the silver lining in an embarrassing situation after accidentally posting a nude photo over the weekend.

Evans used the viral moment to promote voting on Monday, tweeting, “Now that I have your attention…VOTE Nov 3rd.” The actor — who played Captain American in numerous Marvel Cinematic Universe films — addressed the situation further during a remote video interview with Tamron Hall on Tuesday.

“Something happened this weekend?” Evans asked rhetorically. “That’s called turning a frown upside down, Tamron. It was an interesting weekend. Full of lessons learned. A lot of teachable moments. Things happen and it’s embarrassing. You have to roll with the punches. I will say I have some pretty fantastic fans that came to my support.”

Evans surprised fans on Saturday morning when he attempted to post an Instagram video and instead uploaded a roll of photos from his phone. Among the string of images was a photo taken from a bed featuring the silhouette of an erect penis, which everyone concluded belonged to the First Avenger. Or, as a great many people on Twitter dubbed it, “America’s Dick.”

And while Twitter went wild with memes, even Mark Ruffalo got in on the fun over the weekend, tweeting at his “Avengers” co-star, “Bro, while Trump is in office there is NOTHING you could possibly do to embarrass yourself. See… silver lining.”

Check out Evans’ appearance speaking with Hall below: