The model was staying on a house stilts by the beach when the 7 magnitude quake struck. 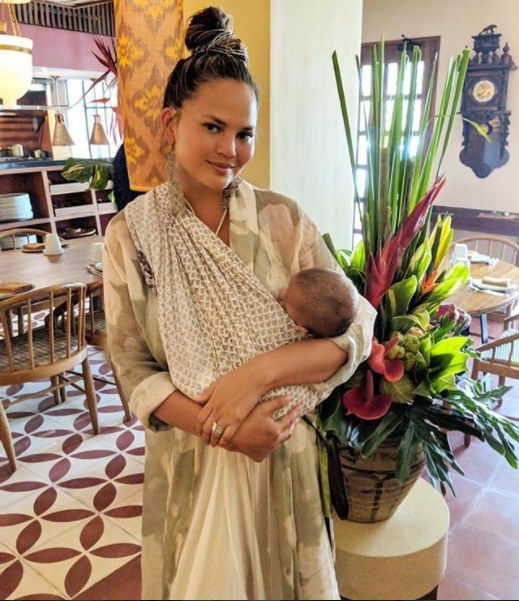 Chrissy has been holidaying on the paradise island with husband John Legend, daughter Luna and their baby son Miles.

The star then revealed she'd gone outside naked with her baby during the tremors, tweeting: "I very calmly walked outside clutching baby saying 'I'm naked. I'm naked, I'm naked. Like a naked zombie." 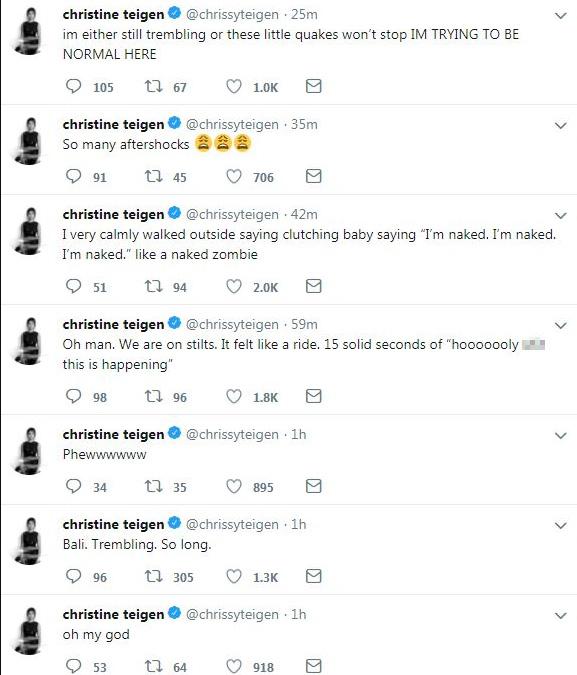 As the aftershocks continued, Chrissy added: "I'm either trembling or these little quakes won't stop. I'M TRYING TO BE NORMAL HERE."

A tsunami warning has now been issued after the quake struck the island of Lombok which is near Bali. 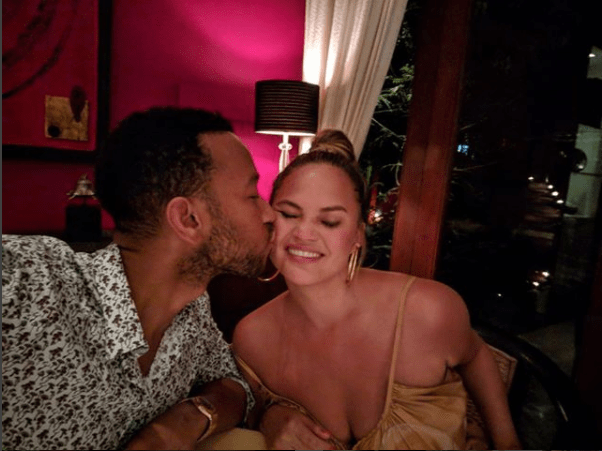 The quake is reported to have been felt for several seconds on the island.

Chrissie has been posting snaps from the family holiday to the Indonesian province.

Last night she shared a pic of her and husband John enjoying some alone time.