The model and actress, 64, oozed glamour in a thigh-high split gown as she attended the screening of new movie Book Club – which stars Diane Keaton, Jane Fonda and Candice Bergen. 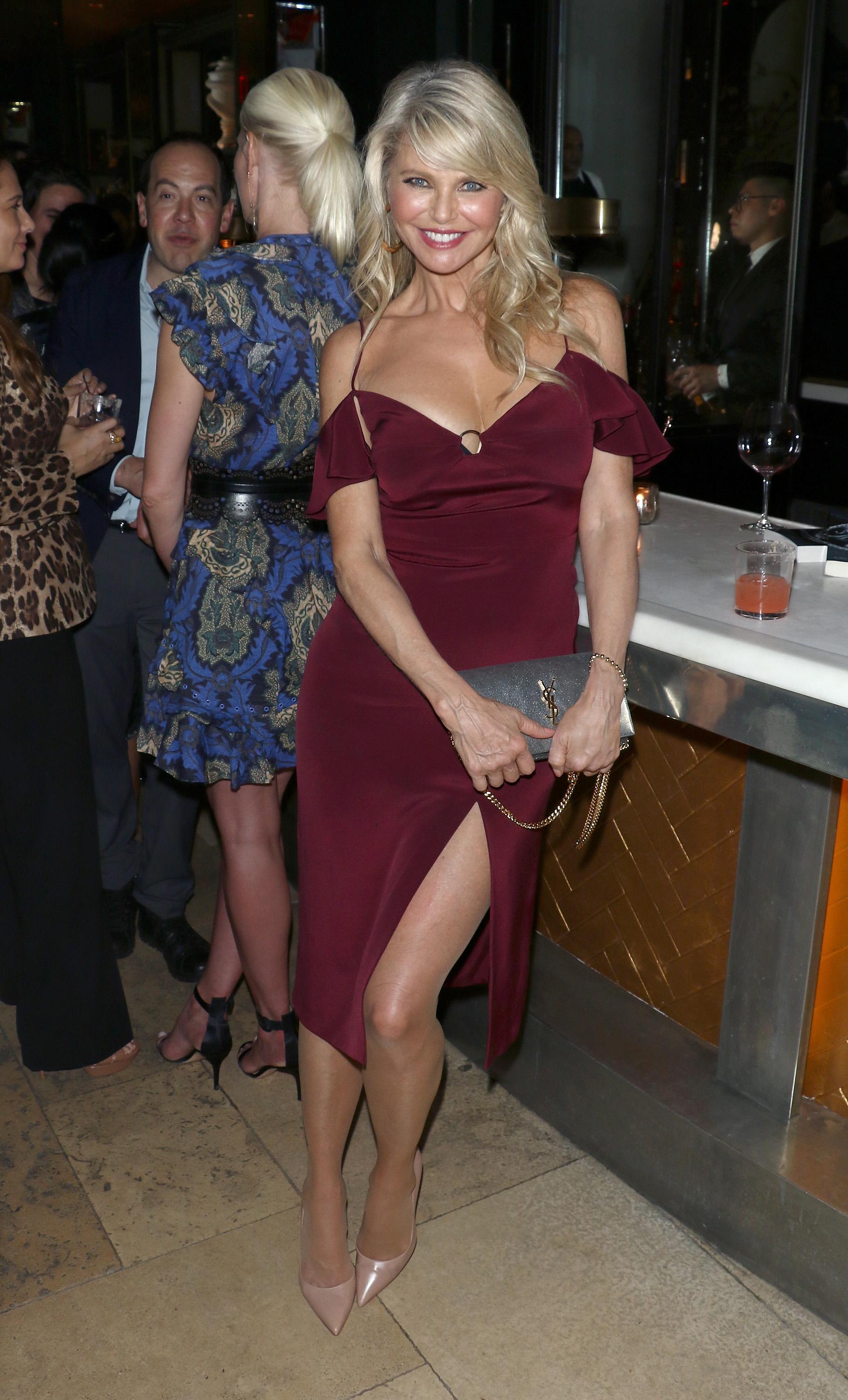 Christie, wearing pink lip gloss and black eyeliner, finished off her outfit with a pair of nude high heels and a metallic Yves Saint Laurent clutch.

Christie – who was married to rocker Billy Joel from 1985 until 1994, and has three children – recently revealed how she maintains such a youthful complexion.

She said she starts off her day with "an attitude of gratitude" and credits "really good nutrition" as a beauty secret.

Speaking on Good Morning America last month, she explained: "Every year the routine gets more and more and more, but I can tell you it starts with really good nutrition. I'm a lifelong vegetarian and I have a great dermatologist." 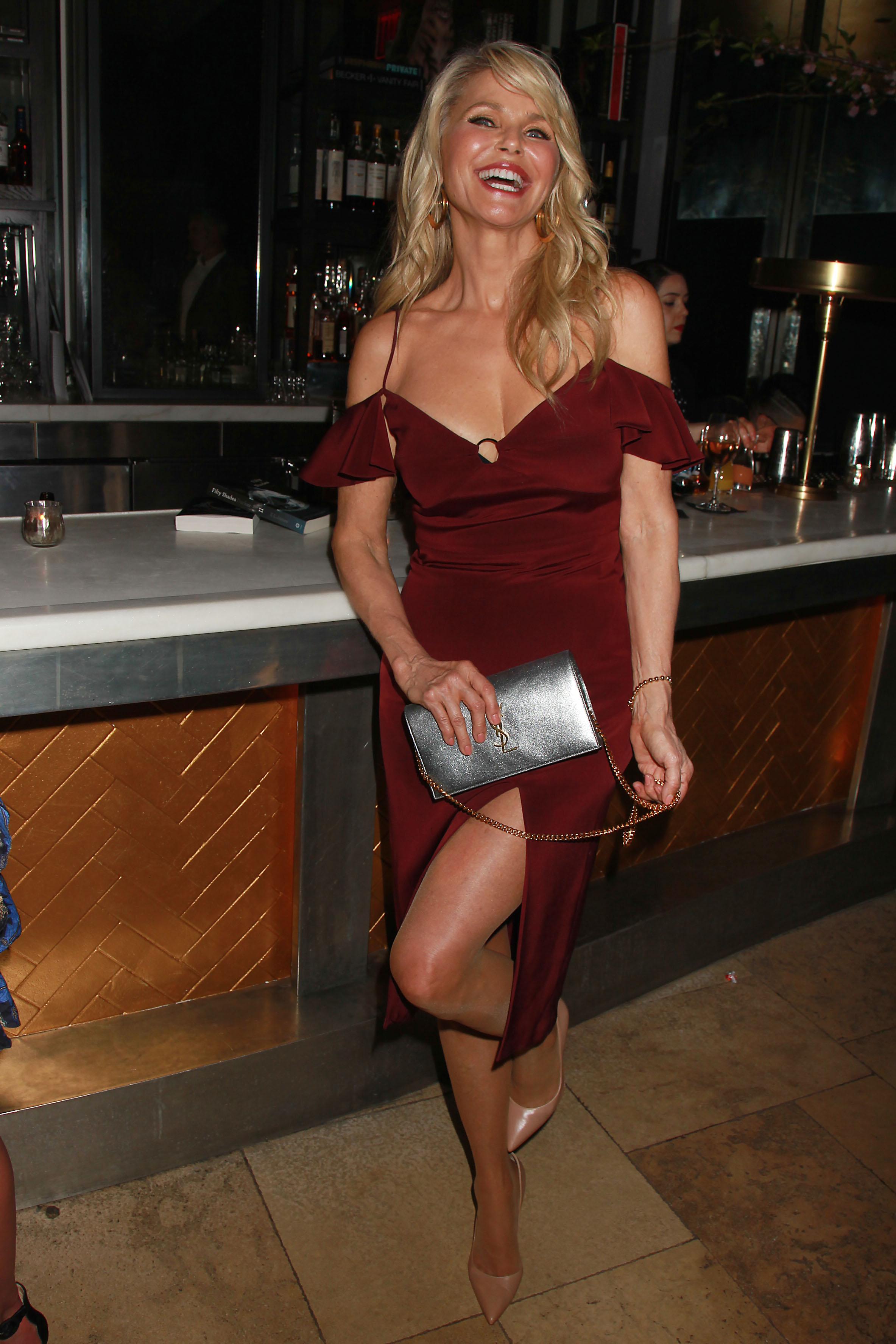 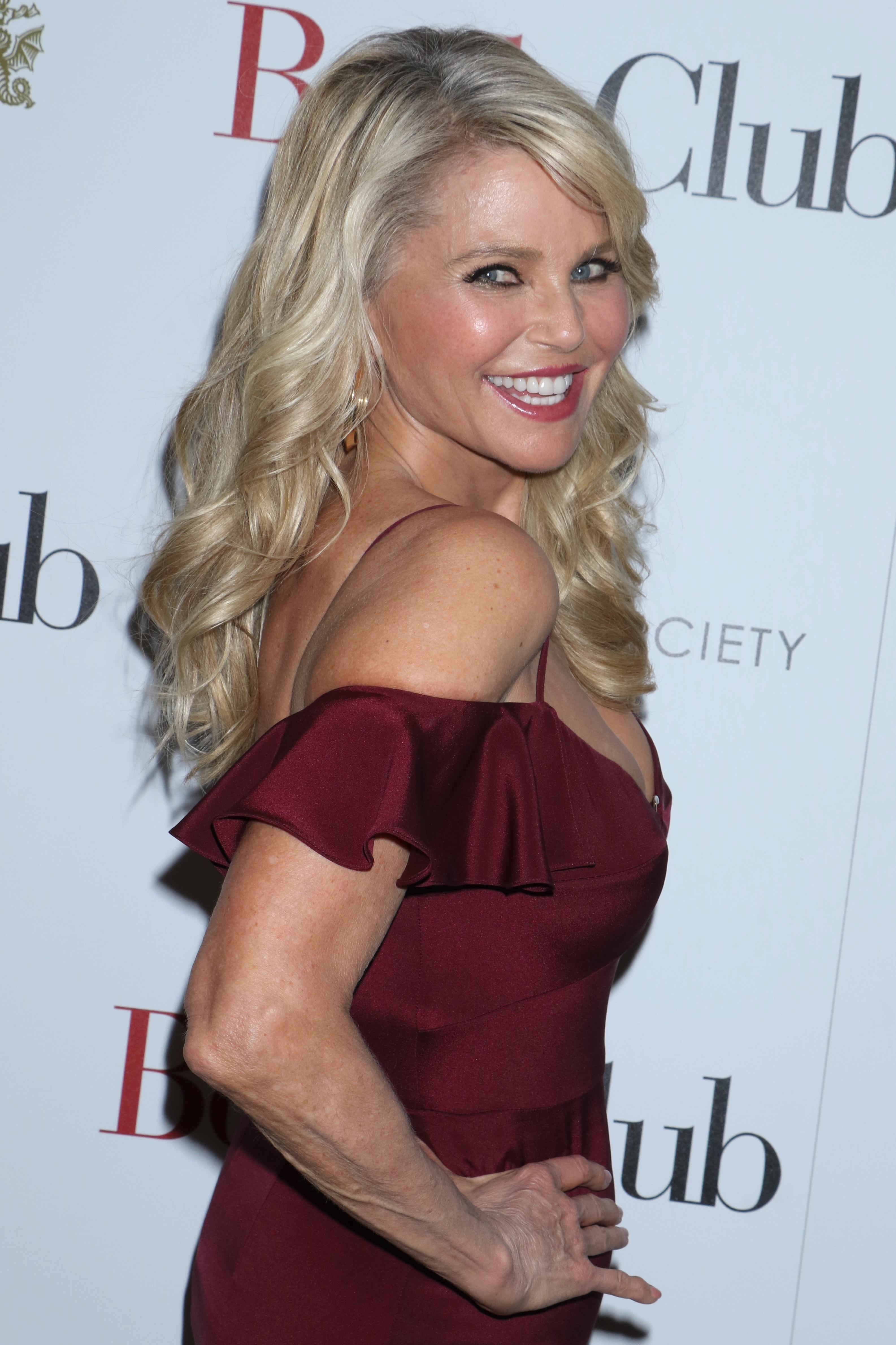 She also advised the ladies to remove their make-up before they go to bed.

She added: "I would say don't go to sleep with your make-up on because [overnight] your body is repairing and restoring and refreshing.

And when she wakes up, Christie downs a rather interesting concoction before her morning coffee. 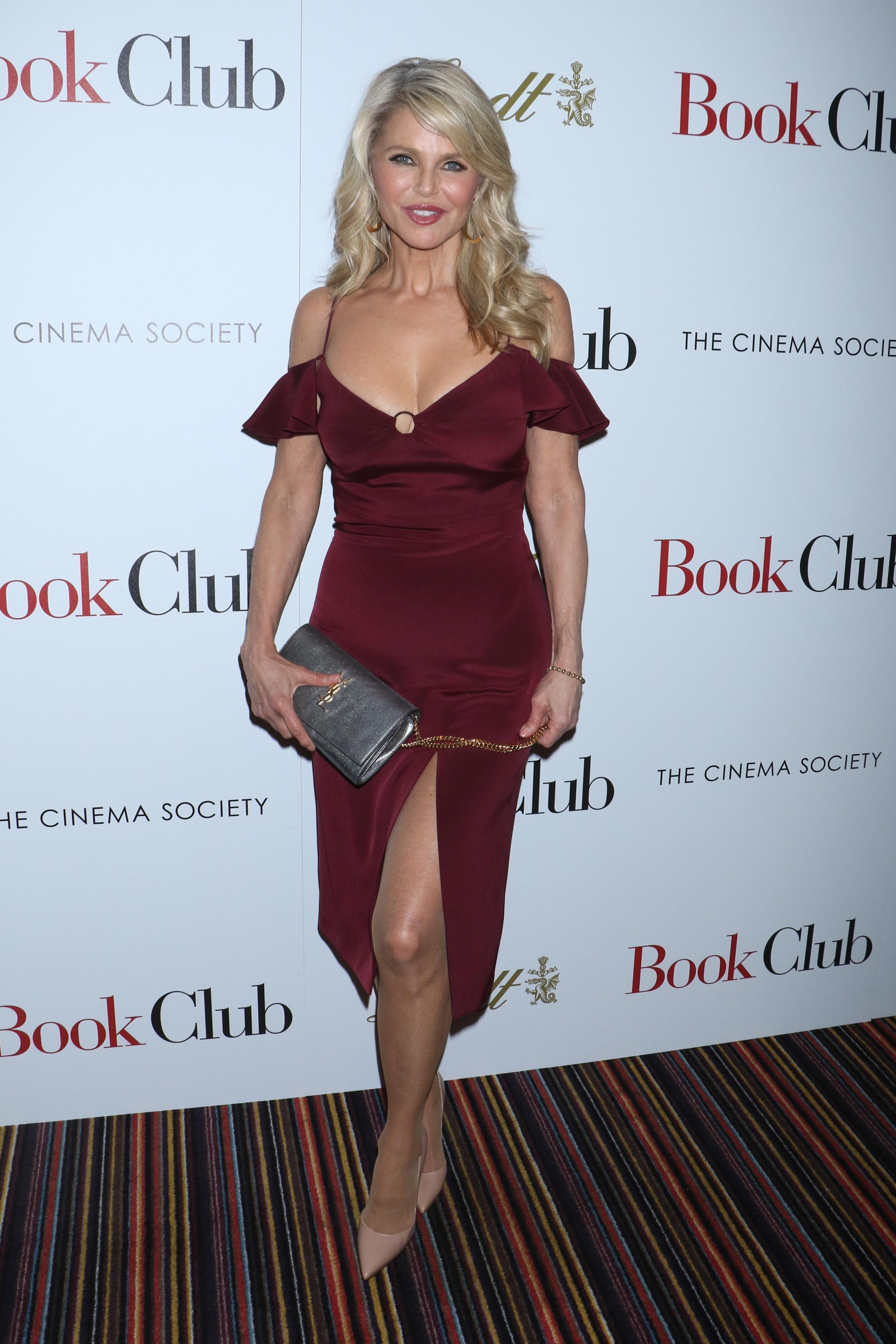 She added: "I wake up, I have a cup of hot water with lemon a pinch of cayenne, then I have a coffee and a little bit later I have an almond matcha latte – so I'm a beverage person in the morning."

Since her divorce from Billy, Christie re-married twice – she wed Richard Taubman 1994, but they divorced the following year.

She married Peter Cook in 1996, but they divorced in 2008. Christie was married to a chap called Jean-François Allaux before she wed Billy.

She's currently said to be single, but recently revealed she's looking for a man to make her laugh – and he has to be taller than her. 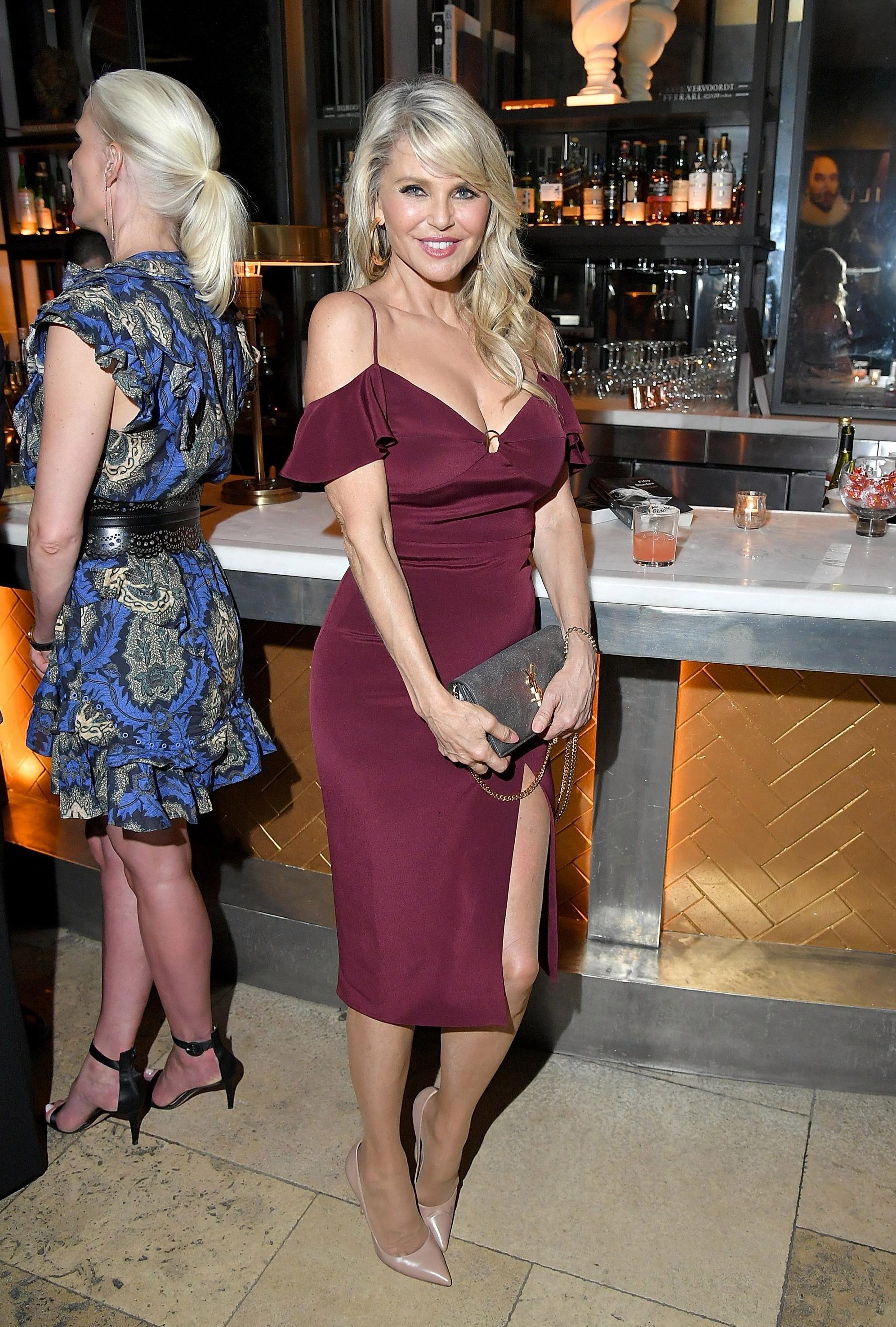 Christie – who stands at 5ft 9 inches – told US TV show Extra: "He has to make me laugh.

“It might be nice to have someone taller than me this time.

"I want someone to make me feel dainty.”