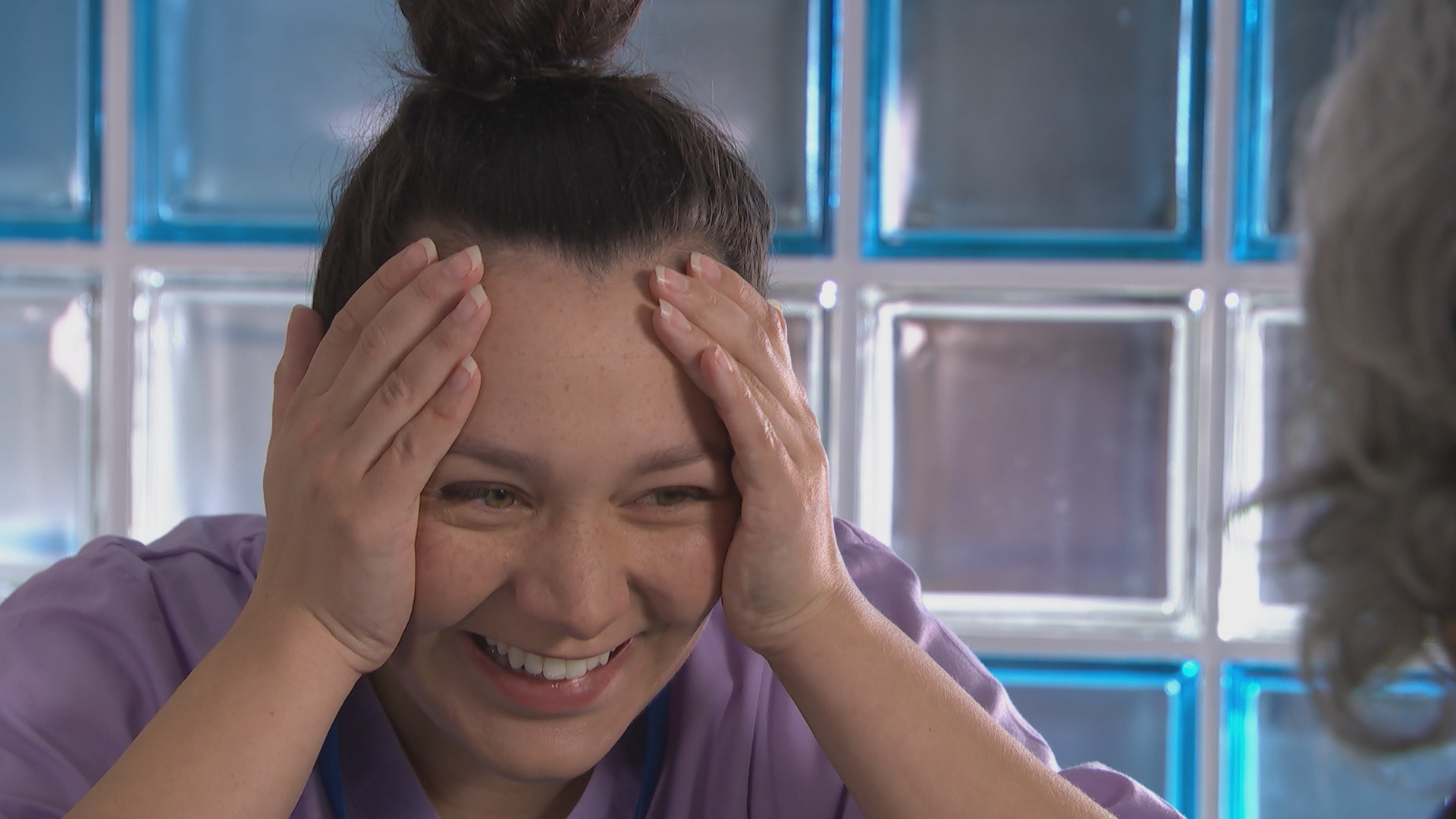 Cleo McQueen is set to leave Hollyoaks for good, Metro.co.uk can exclusively reveal, with Nadine Mulkerrin’s final scenes set to air next week.

The popular character, who works as a nurse at Dee Valley Hospital, will receives some major news in Friday’s (May 20) first-look edition of the Channel 4 soap, as Misbah Maalik (Harvey Virdi) informs her that she’s been offered a research project in India.

Cleo is left stunned by the news, but the bigger shock comes moments later when she finds out that, if she’s keen on the opportunity, then she must move to India as soon as possible!

Conflicted, Cleo confides in Theresa (Jorgie Porter) and Olivia Bradshaw (Emily Burnett), who both have differing opinions on what she should do.

But it is thought that she takes the job, with her final scenes airing on Monday (May 23).

Nadine, who has portrayed Cleo on the Channel 4 soap since 2015, revealed back in December that she and co-star Rory Douglas-Speed (Joel Dexter) were expecting their second child.

She confirmed in April that she had already commenced her maternity leave, but Metro.co.uk can now confirm that she has permanently left the show.

‘It’s been an amazing eight years at Hollyoaks,’ said Nadine. ‘I’ve had the absolute ride and the best journey ever being in the iconic McQueen family.

‘I have been blessed with so many incredible storylines, arriving with the Pete and Cleo storyline, the powerful sexual abuse storyline, and then the impactful bulimia storyline which crescendo’d on my wedding day to my real-life fiancé, meeting Rory, and joining at 21 and leaving eight years later its been an incredibly special job.

‘I feel like I will miss everybody so much and it will always have a special place in my heart.

‘I’m ready to close the chapter and move on to the next challenge in my career and I’m just grateful for the brilliant time I’ve had at Hollyoaks.’

Hollyoaks commences Cleo’s departure storyline tonight at 7pm on E4, with her final scenes set to air on Monday May 23.