Jim and his lover, Hannah Gilmore, have been plotting to steal Liz's £10,000 savings – tricking her into believing that Hannah is Liz and Jim's dead daughter Katie, who died at birth. 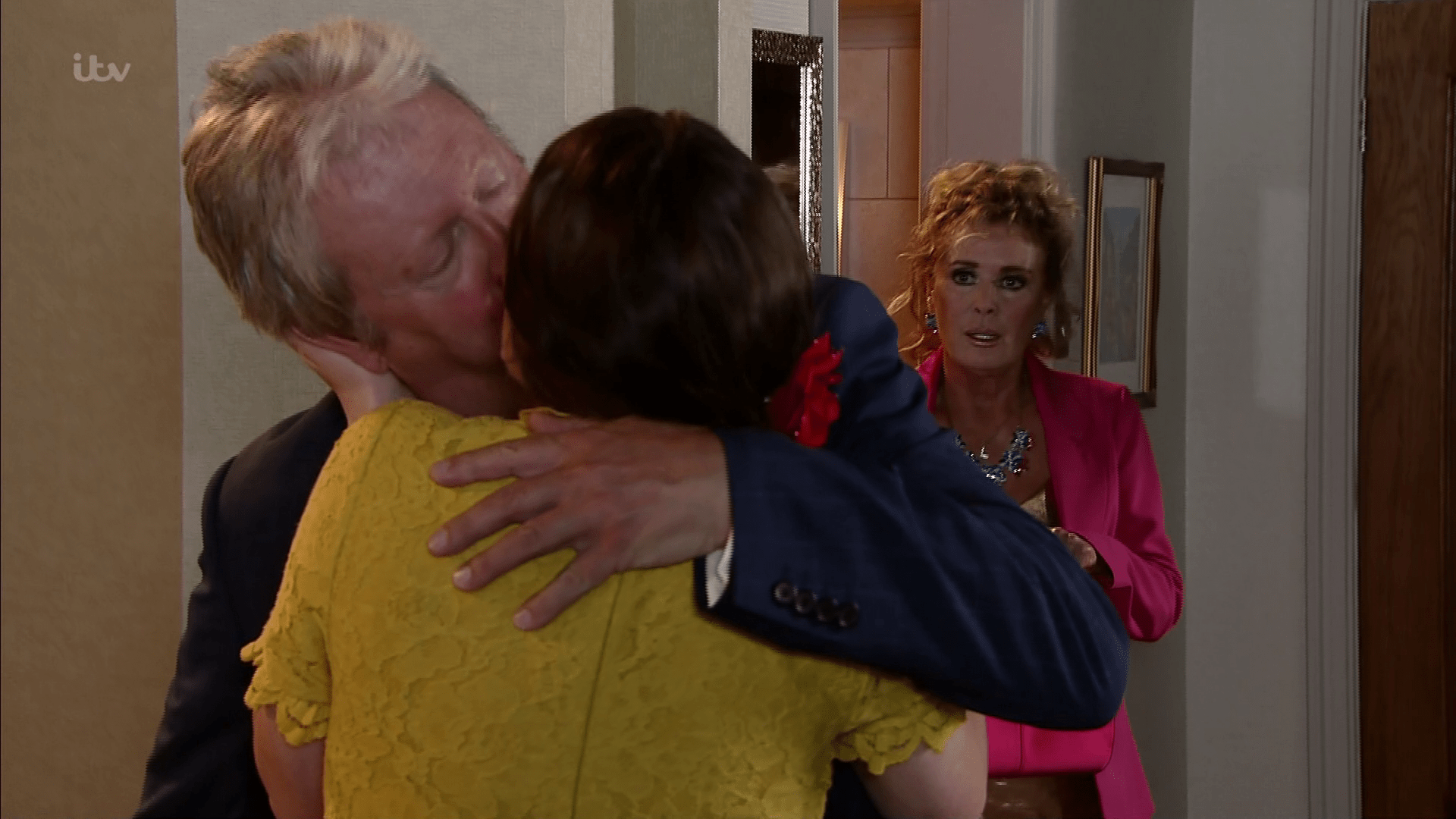 Much to Hannah's outrage, Liz and Jim have been growing close in recent weeks and as their son Steve tied the knot in tonight's episode of the ITV soap, they agreed to give their relationship another go.

But Liz's happiness wouldn't last, with Hannah tricking Jim into giving her "one last kiss" just as Liz came out of the toilets – and with Liz still believing that Katie is her and Jim's daughter, viewers were sickened on her behalf. One wrote: "Is Liz going to be thinking that Jim is poking their long lost daughter now? Urgh, what a horrible thought."

Fans were also heartbroken for Liz when Hannah finally confessed that her daughter, Katie, is dead after all – and that she and Jim were trying to scam her out of money:

Beverly Callard, who plays Liz, previously admitted that she was unsure at first about the storyline, which sees her daughter seemingly come back from the dead.

She explained on This Morning: I have to admit when they first told me about this story, they said, 'Your daughter is coming back from the dead'. You think, 'OK … I'm not too sure about this.' "But the way they've done it and the way that they are doing it, there are more twists and turns and it's so wonderful as an actress to play.

"She's so vulnerable as well because of the Liz and Johnny thing, and she's feeling very dejected and lonely. And of course, there's this attraction with Liz and Jim and they cannot fight that at all."