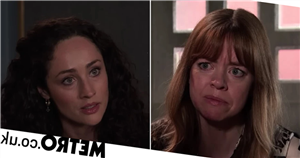 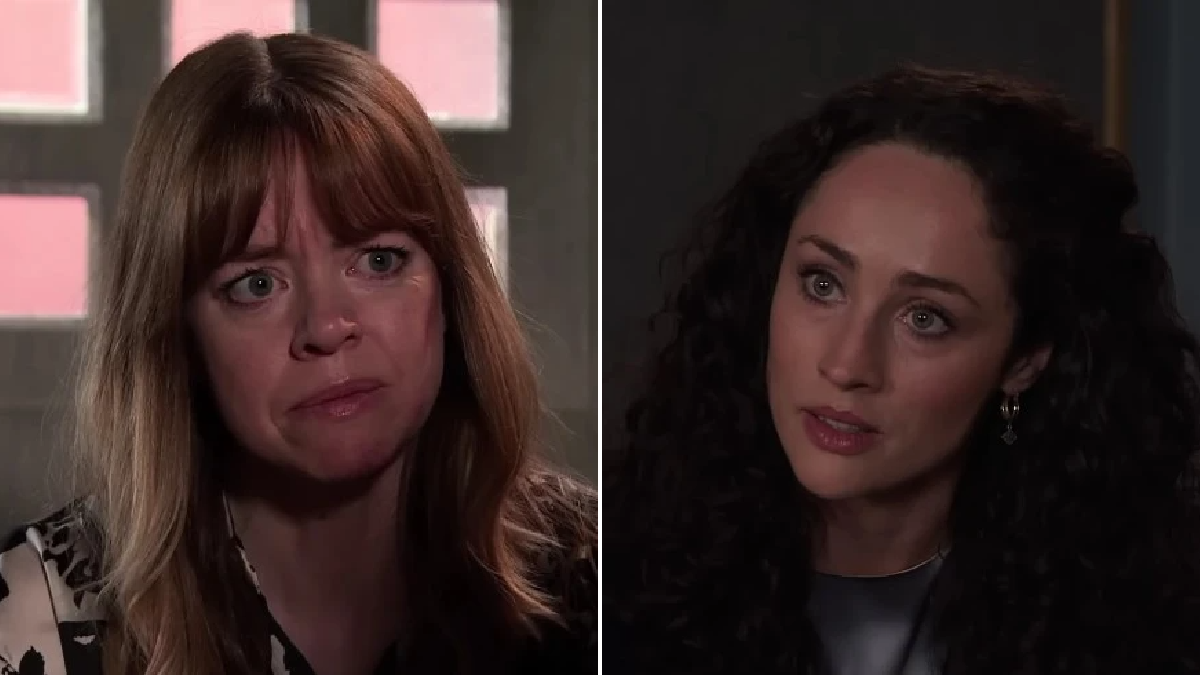 However, when he started having suspicions over her final moments with Imran (Charlie de Melo), he gave the police a statement, revealing Toyah could’ve killed Imran, and stepped down as her representative.

Arrested for murder, Toyah found herself a new solicitor for the next part of the investigation.

Fully aware there’s a mountain of evidence to go against Toyah, the solicitor told her she could claim diminished responsibility aka, Toyah should tell the courts she was not of sound mind when she got in the car.

Toyah thought the idea was terrible and took her anger out on the solicitor by mentioning her tattoo.

Essentially, Toyah told the solicitor that tattoos do not make her look professional and argued it doesn’t inspire any confidence.

The solicitor – quite rightly – reminded Toyah that her tattoo really isn’t her problem right now – she’s been arrested for murder.

Understandably, after everything she’s been through, Toyah’s emotions are all over the place, but that didn’t stop fans from expressing their opinion on her treating the solicitor poorly.

Judge: Well, Mrs Habeeb, in light of all this evidence I have to say it seems as though you should be found not guiltyâ¦
Toyah: Hooray!
Leanne: Hooray!
Judge: However, your solicitor has a tattoo. So, GUILTY, STRAIGHT TO JAIL.
Toyah: I bloody knew it. #corrie #coronationstreet pic.twitter.com/dH2G45QF0s

Itâs nice to know youâre incapable of doing a job because you have a tattoo on your arm, cheers Toyah ð¥´ #Corrie

The Talk of the Street podcast wrote on Twitter: ‘Toyah tattoo-shaming her solicitor klaxon!!’.

#Corrie #Toyah so Toyah the child catcher is judgemental of a solicitor with a tattoo! Wtf she works in a factory! Stfu! pic.twitter.com/ASneiZVADL

Another fan pointed out: ‘Having a tattoo doesn’t make her a bad lawyer, Toyah’.

At the end of last night’s episode, Toyah was left fearing for the future as she began to wonder if Leanne (Jane Danson) believes she didn’t intend to kill Imran.