Coronation Street fans saw Sally Metcalfe (played by Sally Dynevor) suggest to husband Tim Metcalfe (Joe Duttine), he and father Geoff Metcalfe (Ian Bartholomew) should consider leaving Weatherfield for a while until the feud with Alya Nazir (Sair Khan) calms down during Monday night’s instalment. Calmly, she stated it was possibly best for everyone involved, but Tim argued it would look like they were guilty and running away from the problem instead of facing up to it. In upcoming scenes, Tim is going to mention the idea to Geoff, but the outcome will see the master manipulator turning on Sally. Could she be his new target?

Last week, Geoff was discharged from hospital and returned to the cobbles where he quickly found out there were a few residents who didn’t not welcome him back with open arms.

Previous scenes had shown Alya and Ryan Connor (Ryan Prescott) change the locks on her grans house and this threw a spanner in the works when Geoff tried to get inside.

An altercation ensued which gathered the attention of many people passing, but it was Sally who managed to calm Tim and Geoff down and suggested they return to number six.

The following day, the police were called and Craig Tinker (Colson Smith) said Geoff had every legal right to enter the house. 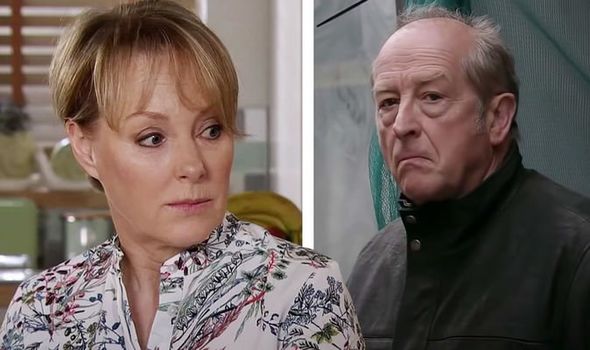 After settling back in, Tim invited Geoff back round to his for dinner that evening, whereby Sally suggested they leave town for a while.

In upcoming scenes, it seems despite his own property remaining empty next door, the events of the night Yasmeen Nazir (Shelley King) attacked Geoff remain too raw for him to live there.

But his presence infuriates Sally to point were she tells Tim she wants Geoff out of the house.

Understandably put in a difficult position, Tim does what Sally suggests and Geoff packs his bags and heads back next door. 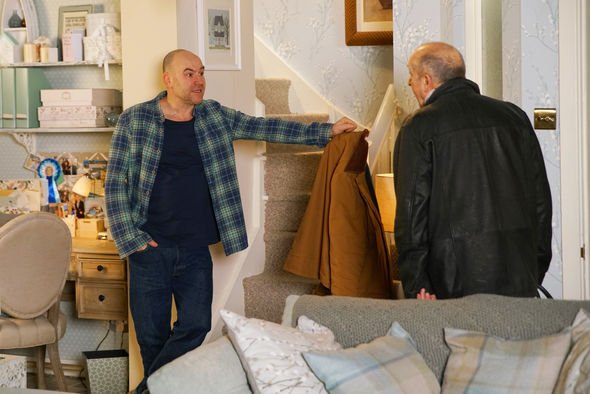 However, it seems this is the start of Geoff’s fury against Sally.

The actor who plays Geoff recently spoke out about what’s to come on Coronation Street.

It won’t be long until Geoff’s previous liaisons with escorts comes to lights and not everyone is understanding about his actions.

“Publicly of course, he’s ashamed and contrite,” Ian revealed in reference to how Geoff feels.

“However, privately I don’t think he has any shame or embarrassment about seeing escorts whatsoever. 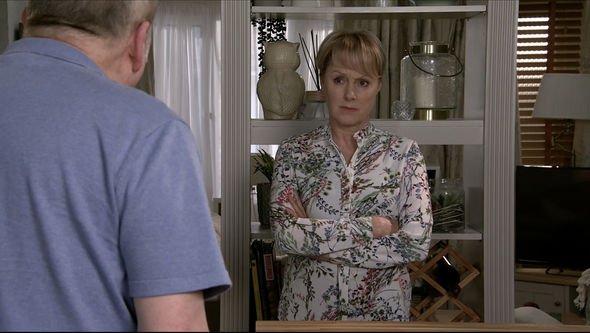 “His feeling is he is a man who has needs, and the escorts take care of those needs for him,” the actor explained.

When asked whether Geoff’s public image is important to him, Ian replied: “Totally.

“It’s what drives him. He has to be Mr Nice Guy; Jolly Geoff, the Life and Soul.”

But does he have any sense Sally is starting to have doubts about him?

“Over time, he learns that she is, so this causes a massive problem for him concerning Tim and the possibility that he might start to suspect that his Dad is not what he appears to be,” Ian revealed.

Does this mean Sally is going to be warned by Geoff?

After all, he wants to do everything he can to ensure his side of the story is the only one people consider.

Coronation Street airs weekdays at Monday, Wednesday and Friday at 7.30pm on ITV