Johnny Connor (played by Richard Hawley) was forced to confront his past when Scott Emberton (Ton Roberts) turned up in Coronation Street. The pub landlord was blackmailed into robbing the bistro but Johnny backed out when he realised Scott was armed. However, when Jenny Connor (Sally Ann Matthews) discovers the truth about her husband’s criminal past, will the landlord’s exit from the cobbles be sealed?

Johnny’s past has finally caught up with the Rovers Return landlord as struggles to keep the truth about his partnership with Scott secret.

Speaking to Express.co.uk and other press, actor Richard explained why this could be the end for Johnny.

Richard said: “It could lead to [his exit] I don’t know what’s next. It’s a very serious crime.

“I think there’s an element of Johnny that knows he must be punished. 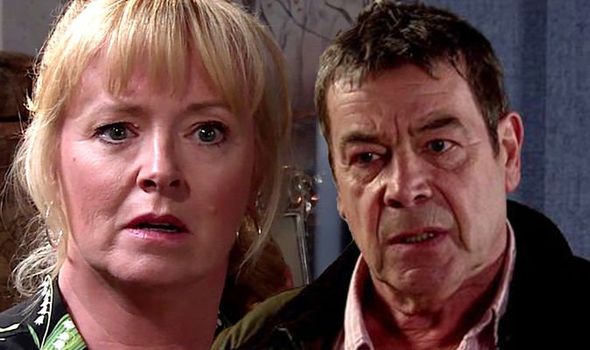 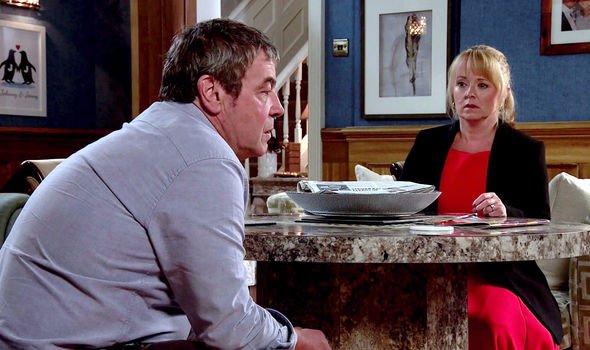 “I think there’s an element of Johnny that wants to be punished, feels he must be punished in some ways for this.

“And then I think there are people good friends and family around him who are telling him, ‘You’re already being punished.’”

“He’s going through a punishing time so it’s rich,” he continued.

Will Jenny demand her husband hand himself into the place and face time behind bars or will he go on the run in a desperate bid to secure his freedom? 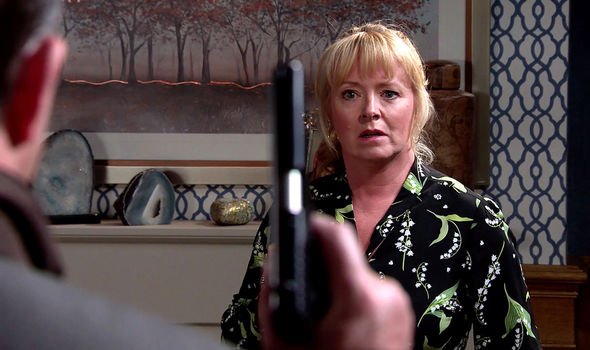 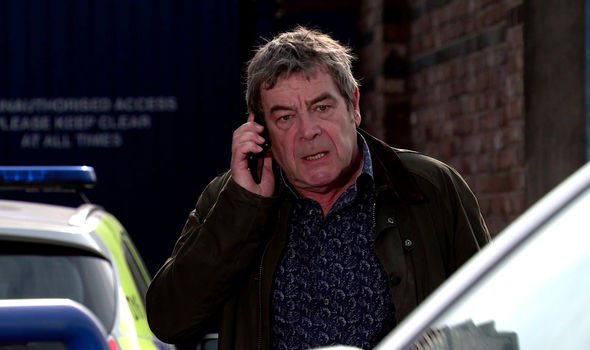 In upcoming scenes, Johnny finally opens up to Jenny and reveals the truth about his involvement with the robbery.

Discussing their heart-to-heart, Richard shared: “One of the things about him working with Sally Ann. I think we managed to get certain bits of humanity [into the scenes].

“I want to say humour because it’s not what you’d expect in the middle of it all.

“But we always try to do it with deep love and sort of recognising the confusion and the difficulties that we have.

“And that brings an element of humour, I think. It’s not laugh-out-loud. I just think it’s love [between them].”

Richard went on to share his thoughts on Johnny and Jenny’s fiery rows.

“I love them and there’s some fantastic ones coming, really. There’s a lot of history to play with together there’s a lot of insecurities with both of them,” Richard said.

“I think that they try to surmount their insecurities about their relationship with each other, constantly coming back to each other. “

“They’re both wounded people, and I think they cling on quite hard to each other,” he added.

“But sometimes, maybe you’re clinging on to something that might [drag you done].

“You’re either an anchor or you’re going to drown. That’s how it is.

“I think they try to really be each other’s anchor and solid support, and occasionally, when the tide comes in so deeply, they realise they might drown so they maybe have to leave each other.