Coronation Street viewers have seen Michael Bailey (played by Ryan Russell) able to bond with his daughter Tianna in recent months after his ex-girlfriend Grace (Kate Spencer) agreed to let him see her. Despite Grace initially reluctant to let Michael into her life, the pair have now ended up becoming very close indeed which will lead to Michael proposing to her next week. But after Grace issues him a worrying ultimatum, could he end up losing everything he’s worked so hard for after making a dangerous error?

Michael discovered his daughter’s whereabouts last year when he became desperate to try and make amends with Grace.

And in the months to follow, the pair’s relationship has gone from strength to strength and they seem like the perfect little family.

In scenes to come, Michael will make a bold move as he continues to grow close to Grace.

The Underworld worker will be in high spirits after he receives a sales bonus next week and plans something special for Grace and Tianna. 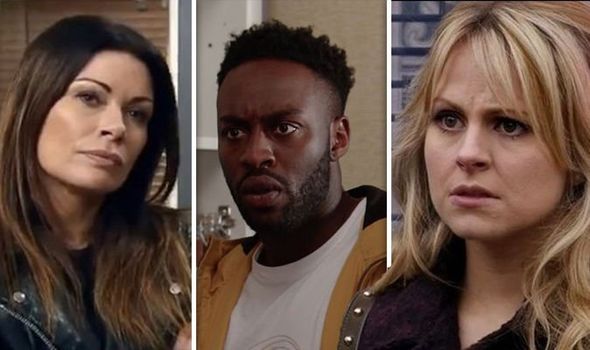 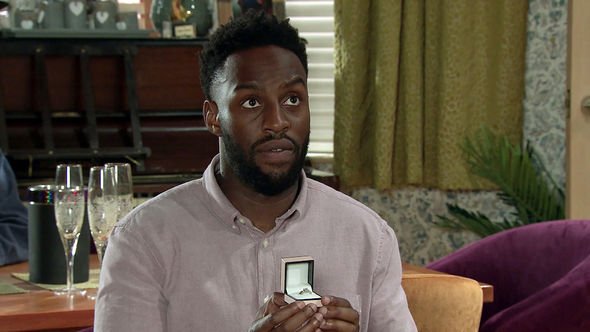 He asks the pair to come over for lunch and it doesn’t take long before he reveals his true plans to his father Ed (Trevor Michael Georges).

The entrepreneur has bought an engagement ring for Grace and later on, she is left taken aback when he gets down on one knee.

However, Grace doesn’t give him the answer he hopes and drops a huge bombshell on him.

She explains she is planning to take Tianna to Spain but doesn’t reveal whether he is part of their plans. 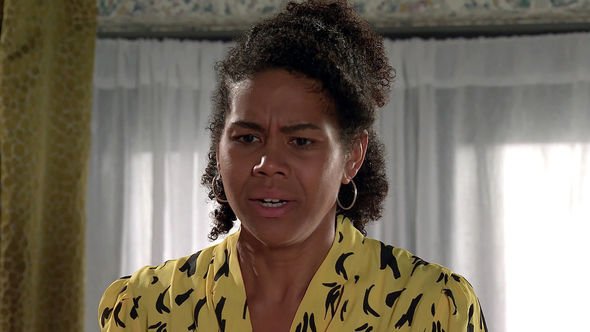 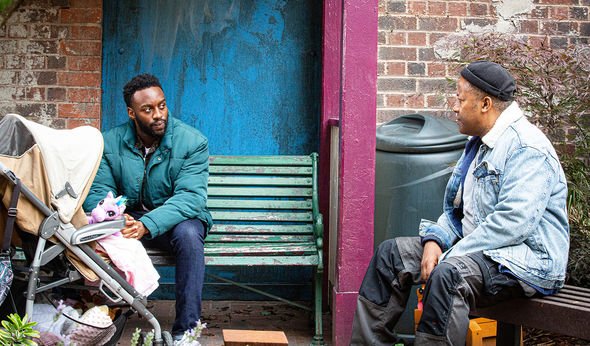 A frantic Michael becomes desperate to find the pair’s location and heads out to try and sort things out.

But things soon take an odd turn when Grace turns up at Ed’s door and tells him Michael has abducted Tina and she has had to call the police.

Ed goes to search for his beloved son and finds him in Victoria gardens with Tianna, soon persuading him to come home.

But will this lead to Michael ending up in serious trouble or risk losing his daughter for good?

Michael is arrested upon his return home on suspicion of child abduction and whilst being questioned, he admits his fault but explains he couldn’t bear the thought of losing his daughter.

Will this be enough for the police to let him off, or will he end up landing himself in more trouble?

Later on, Grace apologises to Michael for the upset and tells him she loves him and asks him to move to Spain with Tianna – but what will he decide to do?

The father is desperate for Tianna to stay put, but it may not be the last of the trouble he has to deal with.

Speaking out on his character’s dangerous move, star Ryan Russell said: “It is out of character for Michael and because he has never been in this type of situation before it is interesting to see how he reacts.

“His character is usually so fun-loving, cheeky and happy so it’s disturbing to see him act so impulsive but this has crushed him.

“I was shocked that he would go to this extreme but I can see where he is coming from; he is acting out of fear,” he explained.

Will Michael end up making an unexpected exit or will he plead with Grace to stay put in Weatherfield with Tianna? Celebrities pay tribute to Sean Connery after James Bond actor's death at 90: 'A real screen legend'
We and our partners use cookies on this site to improve our service, perform analytics, personalize advertising, measure advertising performance, and remember website preferences.Ok