While Robert (played by Tristan Gemmill) wanted to end things with Vicky (played by Kerri Quinn) on the ITV soap, she discovered she was pregnant.

But it came at a time when he and Michelle (Kym Marsh) had decided to give their relationship another go.

Now, this evening’s episode of Coronation Street will see Robert visit Vicky when she becomes suspicious over his unusual behaviour.

She believes he’s secretly got back with Michelle and she isn’t happy.

He wants to dismiss any notion he’s still continuing things with Michelle but Vicky isn’t buying it.

Robert resorts to bringing up Michelle’s baby Ruairi, who was sadly stillborn in 2017, to explain why he doesn’t want Michelle knowing about the baby.

Vicky is moved by what Robert tells her and so she backs off.

Later on, Robert finds himself late for a wine-tasting event organised by Michelle so he claims he was delayed by a crash on the M60. 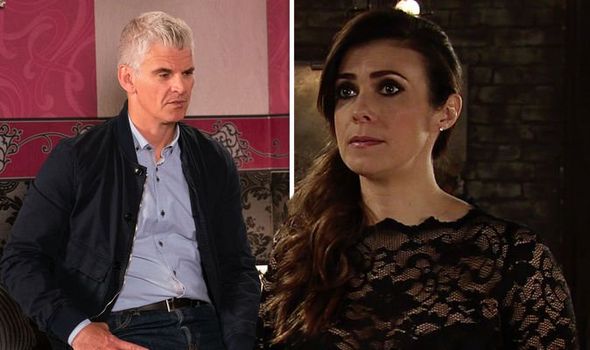 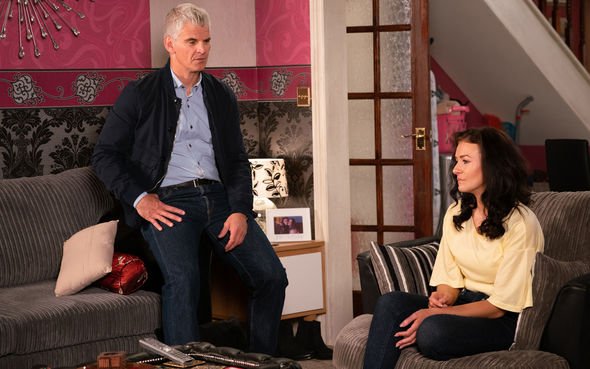 Ryan will go on to call around at the bistro where he finds Robert in the middle of a secret phone call and confronts him.

Could Ryan be the one to expose Robert for all his lies?

Elsewhere on the cobbles, Gary Windass star Mikey North has hinted towards his character’s exit.

Viewers have seen Gary turn into a bad guy as he was exposed as the one behind Rana Habeeb’s (Bhavna Limbachia) death. 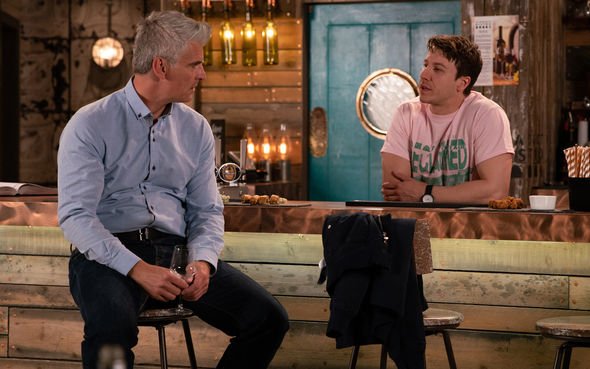 But now Mikey has said he knows his time on the soap must eventually come to an end.

“I’d stay here forever if that was an option,” actor Mikey explained to the Daily Star on Sunday.

“However, I am aware that with this type of storyline, whether it be two or three years, it will come to an end.”

He added: “I will be devastated when it happens but I would rather it be this way with some great storylines.”