Isaac Baptise (played by Stevie Basaula) was horrified when Amy Mitchell (Abbie Knowles) told Jack Branning (Scott Maslen) she had seen him taking drugs. The policeman decided to give the teacher the benefit of the doubt but failed to step in when Phil Mitchell (Steve McFadden) heard the accusation and demanded the school suspend Isaac. However, when the truth finally came out, EastEnders fans spotted a huge blunder with Jack’s apology.

In recent scenes on the BBC soap, Jack lost his temper with Isaac after bumping into the teacher in the middle of the square.

After developing a crush on Isaac, Amy lashed out when he cancelled their private tutoring sessions.

Phil reported Isaac to the school and the teacher was suspended while the school investigated the claims.

Jack took his anger out on Isaac after growing suspicious of Denise Fox’s (Diane Parish) behaviour. 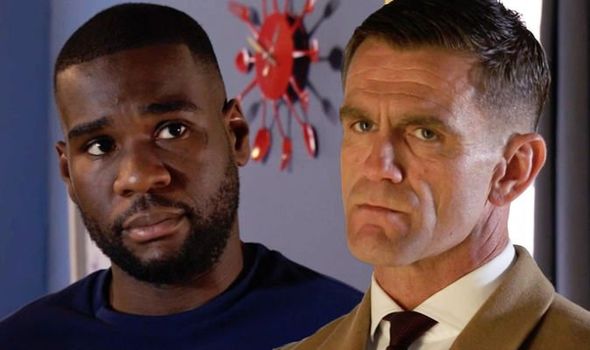 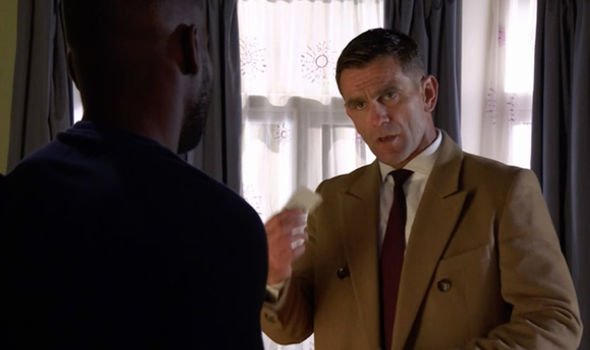 Later, Amy came clean to her dad and Jack was forced to apologise to Isaac by making it clear he would put things right.

Isaac quipped: “A policeman accuses an innocent black man of smoking drugs, it’s not even original.”

“And I just want to apologise for verbally abusing you it was totally unacceptable.” 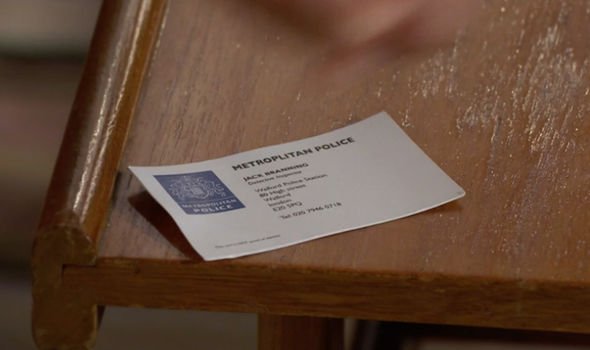 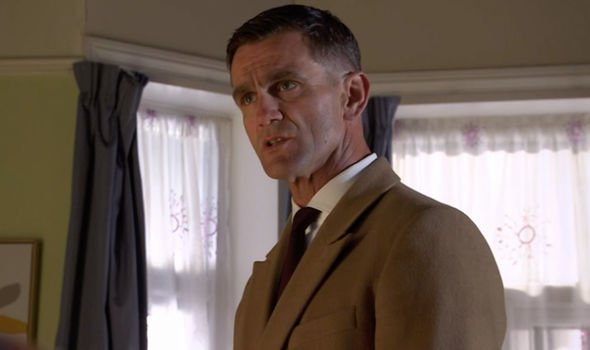 “If you want to make a complaint here are my details,” Jack said as he handed over his business card. “My warrant number is on there too.”

Isaac scoffed at the idea of reporting Jack before delivering some harsh home truths.

“Sulking around this morning, losing your rag on the square, you’re unbalanced you need to get your head right,” Isaac said.

However, EastEnders fans spotted a huge blunder with Jack’s business card as the word “Metropolitan” had been misspelt.

Later in the episode, Jack confronted Denise about her recent sneaky behaviour and accused her of having an affair.

Denise opened up to the policeman and explained she had been visiting her son Raymond after learning his adoptive parents had died.

However, the hairdresser had been turned away by Raymond’s adoptive grandmother Ellie Nixon (Mica Paris) earlier that day.

But Denise admitted she was pleased as she wanted to stop Phil Mitchell (Steve McFadden) from having access to his son.

Realising how much this meant to his girlfriend, Jack threatened Phil but it later became clear the Mitchell hard man wasn’t going to be discouraged.

EastEnders continues Monday on BBC One at 8.05pm. Pelosi ‘optimistic’ a stimulus deal WILL be agreed today – so $1,200 checks can be sent out before election
Celebrities Posts Lindsey Pelas’ net worth: How much the model and actress is really worth
We and our partners use cookies on this site to improve our service, perform analytics, personalize advertising, measure advertising performance, and remember website preferences.Ok