Iqra Ahmed (played by Priya Davdra) and her girlfriend, Ash Panesar (Gurlaine Kaur Garcha), seemed to have been enjoying their romance since the pair arrived in Walford last year. There have been secrets between the pair in recent months, but the EastEnders lovers have remained strong, even despite the introduction of the latter’s scheming mother, Suki Panesar (Balvinder Sopal). However, upcoming episodes of the BBC soap will see the doctor isn’t as dissimilar to her mother than she might have thought, but the discovery of her partner’s true colours leave Iqra doubting if they have a future together.

Since their arrival, the pair have been in the background somewhat with regards to their relationship, with their storylines focussing on them as individuals.

It was only earlier this year the couple faced their first hurdle when Ash’s disapproving mother tried to make the couple split, but she finally accepted her daughter’s girlfriend out of fear she would lose her for good.

The doctor has been seen visiting Suki and her brothers more often, whilst Iqra has been putting her efforts into launching her sandwich business venture with Keegan Baker (Zack Morris).

However, when trouble arises with her partner’s young sibling, Vinny Panesar (Shiv Jalota), it seems she will question her future with his sister. 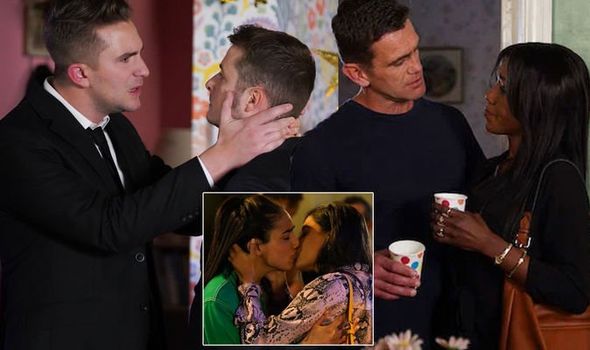 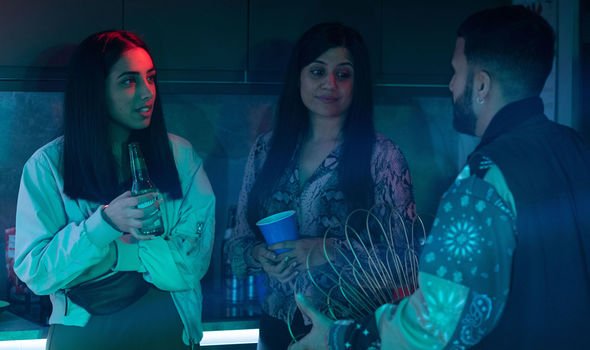 The drama kicks off when the couple decide to host a party at their house, with Vinny providing the music to try and build up interest in his DJ venture.

Along with some of Walford’s established younger characters being invited, Ash’s brother also brings along some of his friends away from the Square.

One of them in particular called Hari begins acting hostile towards the youngster’s sister and her girlfriend, however, turning the gathering on its head.

Hearing his friend’s insults towards the couple, Vinny jumps in and attacks his guest, with things quickly getting out of control. 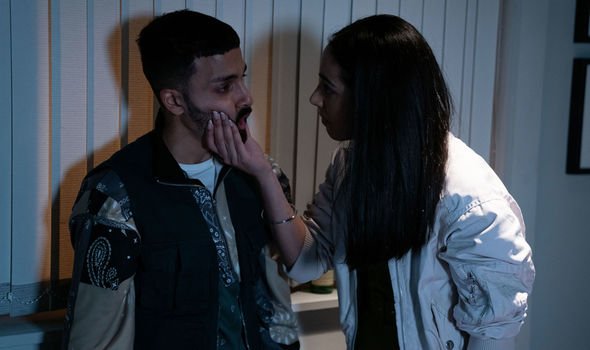 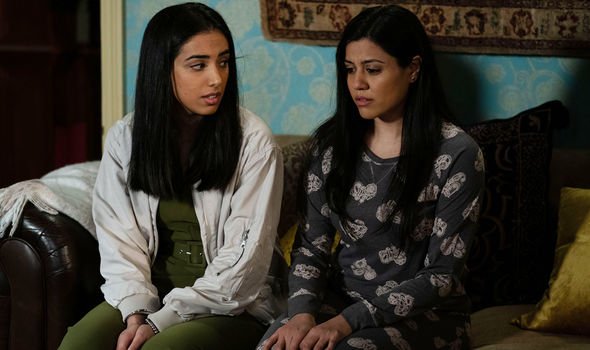 Soon, the police are called and turn up at the property to bring the party under control, but things only get worse.

One of the wayward guests launches a brick at the police car and having had enough, Ash jumps into action.

Although the doctor may have been acting in good faith, her calculated side leaves Iqra shaken to the core.

Once the situation is brought under control, the couple then have a much-needed conversation about what happened.

Seeing her girlfriend so rattled about showing her true colours, Ash tries to play down the behaviour she seems to have inherited from her mother.

However, the doctor’s justification of her actions don’t seem to offer Iqra any comfort as she questions whether she truly knows who her girlfriend is.

Witnessing just how scheming her partner can be, will the businesswoman decide it’s time to call time on their relationship?

Or will she stay with the doctor and hope this was only a one-time thing for her girlfriend?

One person who might be pleased to see the pair at odds would be Ash’s mother Suki, who could use the situation to her advantage.

Knowing how to press her daughter’s buttons, will the matriarch stir the pot to ensure the doctor displays more of her inherent behaviour?

Taking to Twitter, fans have been wanting to see more scenes between Iqra and her girlfriend, with one posting: “Love when we get Iqra & Ash scenes #EastEnders.”

Another seemed to predict the trouble on the horizon, as they asked: “Why can’t the writers just let Ash and Iqra be happy? PLEASE #EastEnders.”

Will the couple make it out through this latest hurdle unscathed?

EastEnders continues tonight at 7:30pm on BBC One.