Tiffany (played by Maisie Smith) and Keegan (Zack Morris) have had a will-they-won’t-they relationship for quite some time on the BBC soap.

It finally looked like they were going to pursue things a few weeks ago, but when Tiffany realised it might upset Bernadette Taylor (Clair Norris), she backed off.

But tonight’s episode of EastEnders saw the pair get closer and they set out together to go to the park.

“Just so I’m clear, if this was a date how would it end?” Keegan asked Tiffany.

She replied: “How would you want it to end?”

“Well, that depends,” Keegan explained. “If it was a bad date, I’d probably just say ‘see you around’.”

“Yeah, then ghost me,” Tiffany retorted.

“But if it was a good date…” Keegan began as the lovebirds prepared to kiss.

However, they were interrupted by the arrival of Fraser and some other boys who barged between them.

“Are you alright bruv?”(sic) an annoyed Keegan asked as he and Fraser stared each other down.

However, Fraser’s gaze then turned toward Tiffany and it didn’t go unnoticed by Keegan. 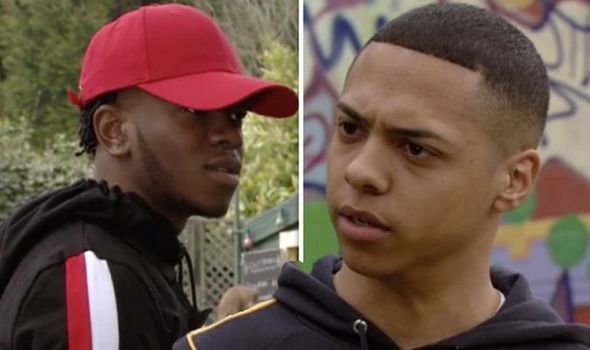 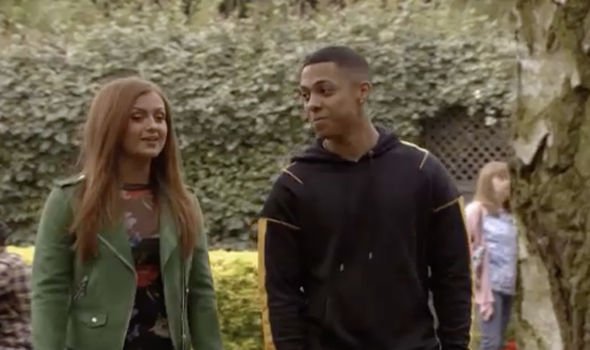 Keegan looked between the pair of them and appeared to be annoyed that they shared a look which indicated that they recognised each other.

Tiffany understandably looked troubled at the situation and it remains to be seen if she’ll tell Keegan that Fraser raped her.

It may take her some time to open up to him if she does choose to tell him, but if he does find out he will no doubt be furious.

Keegan’s temper has got him into trouble countless times and he could turn to seeking revenge for Tiffany. 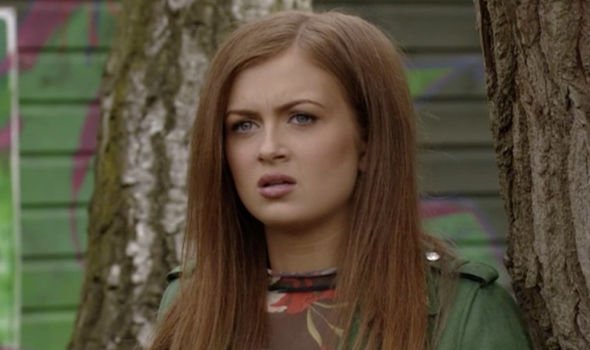 He’s had gang troubles of his own, so the last thing he needs is more of it by accosting Fraser, who is part of the drug ring.

Will Tiffany decide to tell Keegan what happened or will she keep quiet?

Spoilers have already revealed that Jack will confront Fraser in upcoming scenes.

He resorts to a showdown after an attempt to get help through old police contact Muski proves fruitless.

EastEnders continues tomorrow at 8pm on BBC One.