EastEnders stars Adam Woodyatt and Laurie Brett have reunited after more than four years but, unlike their famous characters, there’s been ‘no bickering’ so far.

The TV stars, who famously played married couple Jane and Ian Beale in the BBC One soap, will be acting opposite each other once again in the play Looking Good Dead at Glasgow’s Theatre Royal.

Sharing what it’s like to share a script again with her longtime friend, Laurie said on Good Morning Britain: ‘It’s like a well-oiled machine. We don’t bicker, we don’t argue, but yeah it’s fantastic to be back together after four and a half years.’

Laurie made her last appearance as Ian’s long-suffering wife Jane in 2017 after more than 13 years on the show. Meanwhile, Adam quit his iconic role as the businessman last year having played the character for 36 years.

Viewers are wondering when Ian will return to screens but Adam seems to be thoroughly enjoying his hiatus from the soap, appearing on I’m A Celebrity… Get Me Out Of Here, starring in theatre productions and, coming up this summer, working at his friend’s restaurant.

When asked if he’ll ever return to the role that made him famous, Adam said on Channel 4’s Sunday Brunch: ‘I don’t know. It’s not just my decision to make, it’s also EastEnders. I left because of the way the storyline was going, because Ian needed to go. Not me going, “I want to leave”, or them saying, “you’re going!” that was the storyline.’ 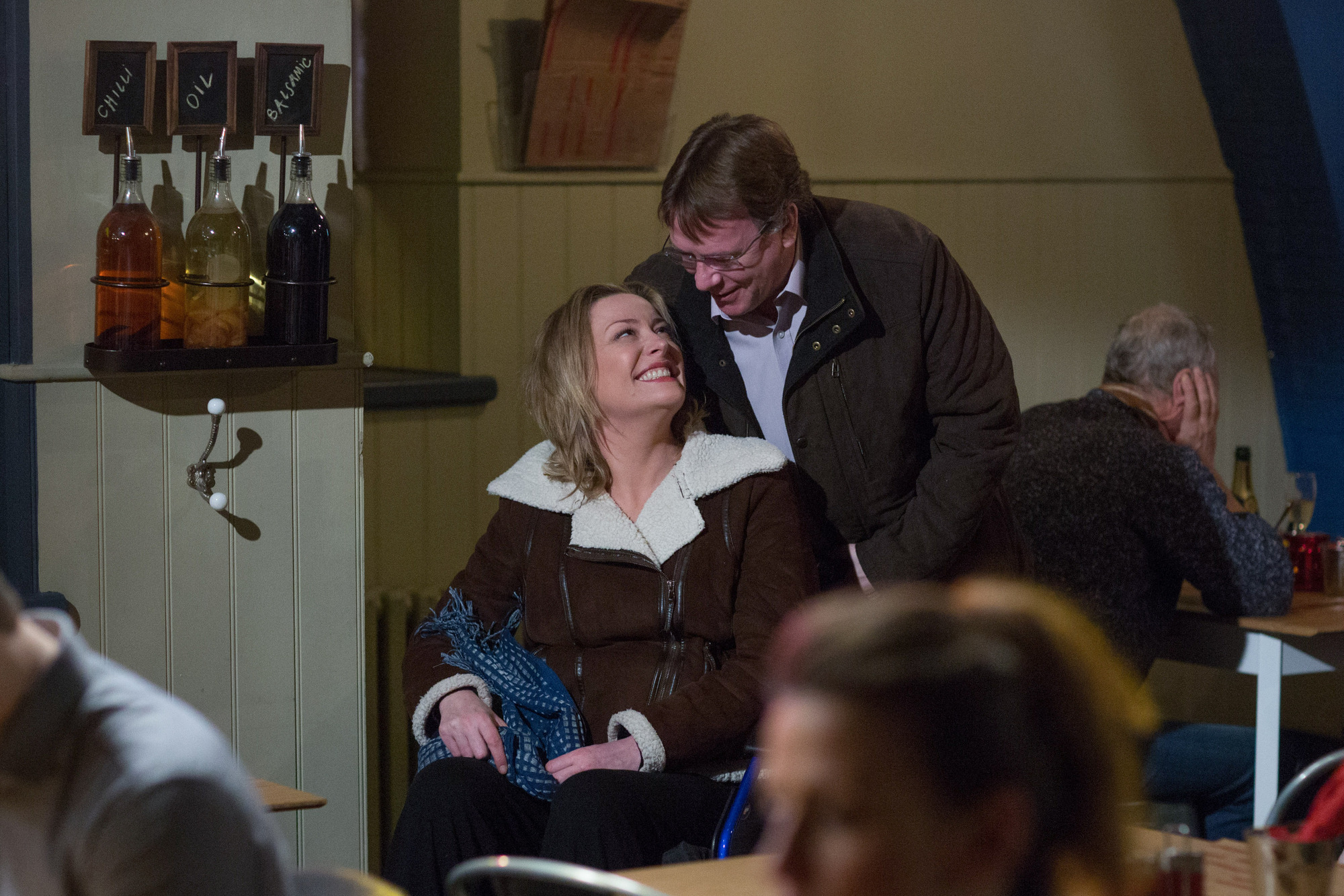 Ian was last seen in Walford back in January 2021. He departed life in Albert Square after Sharon (Letitia Dean) discovered he was responsible for locking Dennis in a room on a party boat before his death.

Convinced Dennis would still be alive if Ian hadn’t locked him in, Sharon set about planning revenge, poisoning Ian’s dinner in the hope of killing him.