Belle (played by Eden Taylor-Draper) thought she’d finally got rid of Jamie (Alexander Lincoln) a couple of weeks ago on Emmerdale when he was arrested for the hit-and-run on Moira Barton (Natalie J Robb). However, the manipulator has managed to turn the tables on his ex-girlfriend and she is now firmly in the frame for the attack. With her control spiralling, the youngster has begun to hear the voice of her late mother Lisa Dingle (Jane Cox) as her schizophrenia reemerges. Next week’s episodes of the ITV soap will see the storyline reach new heights and this could lead the beloved character to go missing from the village.

The drama kicks off when Belle returns from her night at the police station after being questioned about the hit-and-run.

Back in the village, the Dingles speculate on who could have supported Jamie’s accusations and given evidence against the youngster.

However, Sam Dingle (James Hooton) realises his little sister has not been taking her medication to help her mental health.

Ever the supportive and protective brother, the former groundskeeper encourages the attack suspect to take her pills.

Unfortunately, the beloved character hears the voice of her mother telling her not to take them and being obedient, she doesn’t. 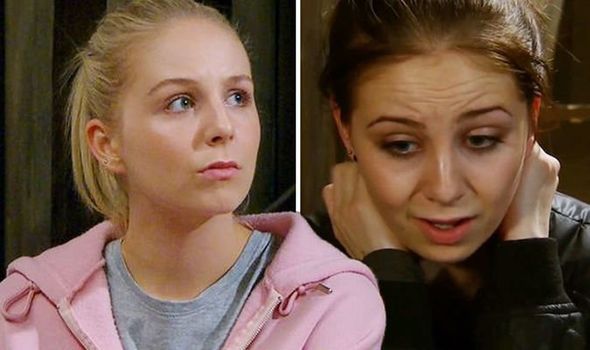 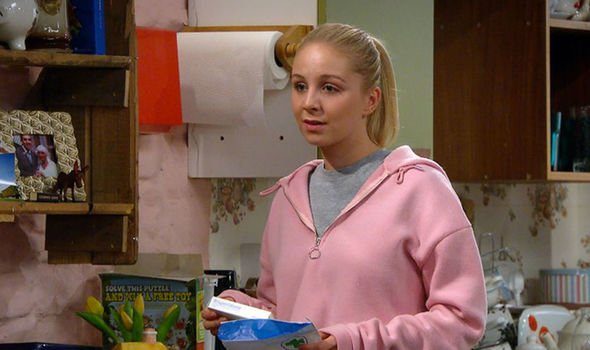 In the meantime, Cain Dingle (Jeff Hordley) and Moria join forces to help Belle as they confront Jamie in the street.

As tensions flare, the hit-and-run victim urges her estranged husband to walk away and explains she believes the village villain will have left some evidence around which connects him to the attack.

They end up breaking into Home Farm to find something they can use against him whilst Nate Robinson (Jurell Carter) discovers his auntie’s past battles with schizophrenia.

Beginning to understand the gravity of the situation and wanting to do his bit to make sure the youngster doesn’t relapse, the heartthrob sacrifices himself and explains he will tell the police he committed the crime. 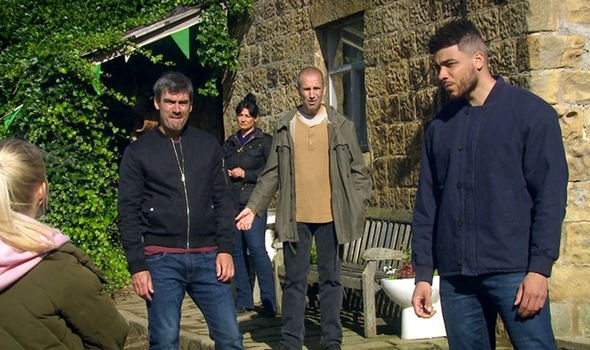 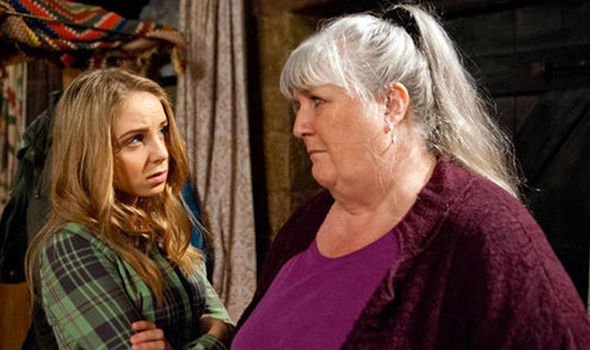 Little does he know, Belle is already in the early stages of losing control and Cain is full of pride his son is willing to help his auntie.

Unfortunately, his partner and the mother of his child Tracy Metcalfe (Amy Walsh) is not so supportive, leaving the heartthrob with a dilemma.

As he arrives at the police station, he worries he won’t be able to confess to the crime whilst the youngster’s mental health continues to deteriorate as she listens to the voice of her late mother Lisa.

Seeing no other way out of her situation and not in her right mind, will the beloved character feel she needs to leave the village?

That’s when it becomes serious

With her mind playing tricks on her, the youngster might not leave a note for her family, leaving them anxious if she goes missing.

It could be Sam who raises the alarm she has relapsed as he tells the Dingle clan his sister hasn’t been taking her medication.

As she continues to listen to Lisa’s voice, whilst being completely on her own, will her loved ones find her before it’s too late?

Actress Eden, 22, recently teased what was to come from this new chapter for her character as she continues to go to war with Jamie.

The soap star said: “Belle’s mental health isn’t great and it’s taken a turn. Nobody is really there to see it happening or prevent it.”

With the voice she can hear being her mother Lisa’s, the Belle actress explained: “Belle finds that massively comforting. I don’t think she really realises that she’s ill. Because it’s her mum, she just thinks it’s great.

“Belle starts to do things that aren’t right and that aren’t Belle. She doesn’t understand why her mum wants her to do those things.

“Because it’s her mum, she trusts it and goes with it. That’s when it becomes serious,” Eden said, but does this hint towards an exit for the beloved character?