Emmerdale residents gathered earlier this month to celebrate the wedding of Sam Dingle (played by James Hooton) and Lydia Hart (Karen Blick). Following long-time cast member James explaining how there is going to be a “couple of weeks” of wedding bliss for the fan-favourite couple, thoughts turn to what is in store for their future together and it seems the actors have revealed the possibility of expanding their brood.

The Dingles are one of the most well-established families in the Dales, and they gathered in their masses to raise a toast to Sam after he found love once more with the darling Lydia.

During a conversation with Express.co.uk and other press, James and Karen who play the two characters spoke about their upcoming storylines.

And it seems there is a chance Sam and Lydia could welcome a baby sometime in the future.

When asked whether they think a baby is on the cards, James said: “Who knows! 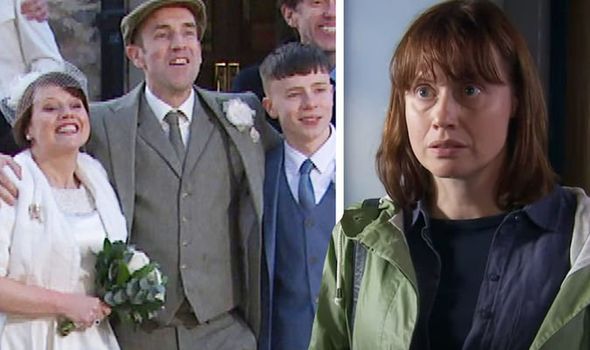 “I always try to make it look as though we’ve just come out of post-coital situations,” he joked in regards to filming.

“If we start a scene where we’re coming down the stairs I was always trying to zip my flies up on the way down for a laugh and the director would always pick up on it.

“They’ll say ‘James, please don’t do your flies up on the way down from the stairs. We don’t want to give the audience that impression.’”

Karen added: “They could do it. You mentioned Zak and Lisa and they had Belle later in life. Lydia’s in her 40s, who knows? It could be a nice ending.” 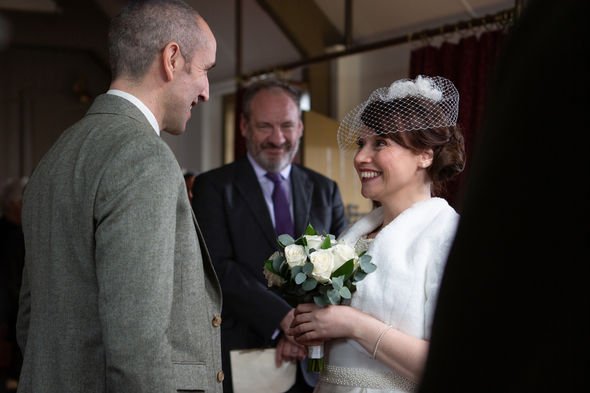 “Full cycle, that could be a nice closure to that whole horrible revisiting of that scenario,” James continued.

However, should Lydia fall pregnant, she will no doubt have many concerns.

Emmerdale explored the Home Farm cleaner’s past last year when a storyline about Jenny Finn emerged.

Viewers will remember being told about human remains being unearthed which were said to belong to a baby Jenny had when she herself was only a teenager. 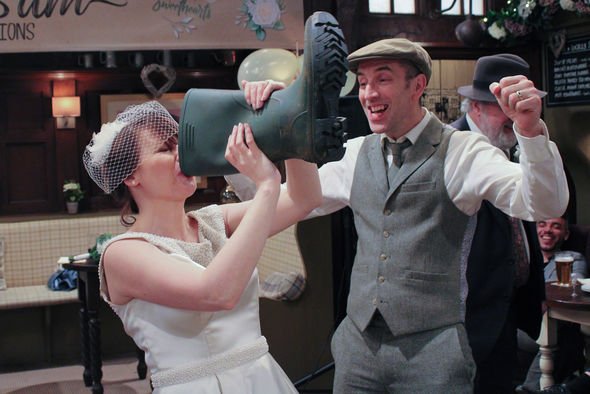 After an investigation took place, Lydia, who was born Jenny Finn was revealed as the mother of the baby boy who she gave birth to and was sadly stillborn.

While Lydia was forced to revisit her past, will having a baby with Sam mean she has to deal with it once more?

There is also the issue of Lydia not knowing whether or not she has Huntington’s disease.

After reconnecting with her birth mother, Lydia was informed about her birth father having the same genetic condition.

But Lydia is still yet to decide whether or not she wants to take the test and if she does have it, there is a chance her own baby could also have it.

Either way, it seems Sam and Lydia have a lot of big decisions to make?

There is also the question of how Samson – Sam’s son – will react should they wish to expand their family.

Emmerdale airs Monday, Wednesday and Friday at 7pm on ITV.