Liv Flaherty (played by Isobel Steele) has been tipped as one of five Emmerdale residents who could be killed next week. Others include Paul Ashdale (Reece Dinsdale), Vinny Dingle (Bradley Johnson), Mandy Dingle (Lisa Riley) and Jimmy King (Nick Miles) when the soap airs explosive scenes from Paul and Mandy’s wedding. The actress who plays Liv has spoken out about the upcoming episodes as well as a new character development viewers will see on screens soon. But during the conversation, Isobel mentioned Robert Sugden (Ryan Hawley) and whether a return was on the cards. Could Aaron’s ex return to the Dales just as the village gathers to pay their respects at the funeral of a loved one?

Discussing next week’s drama, Isobel said Liv was “in danger” and how she “doesn’t really know what’s coming”.

To add to this, Emmerdale dropped a trailer that saw the young woman being slapped across the face by Paul.

This has sent fans fearing for Liv’s life, with some suggesting she will be taken victim by the abuser.

Should this be the case, could Robert return to support Aaron in his time of need? 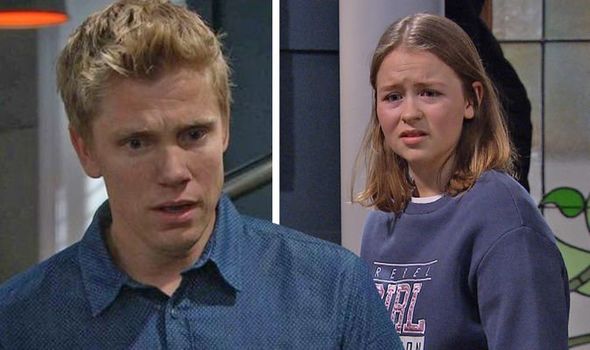 It comes as both Isobel and Danny have spoken about working with Ryan sometime in the future.

“Me and Danny [Miller] spoke about this the other day, actually,” Li said. “We do miss Ryan a lot.

“We were really close when we filmed together. When you’re filming every day, you become really good friends.

“We do miss that dynamic and I know that the fans do as well. Hopefully, they convince him to come back!

“He’s [Ryan] just had a baby, so I don’t know how soon he’d be coming back, so fingers crossed,” she told Digital Spy. 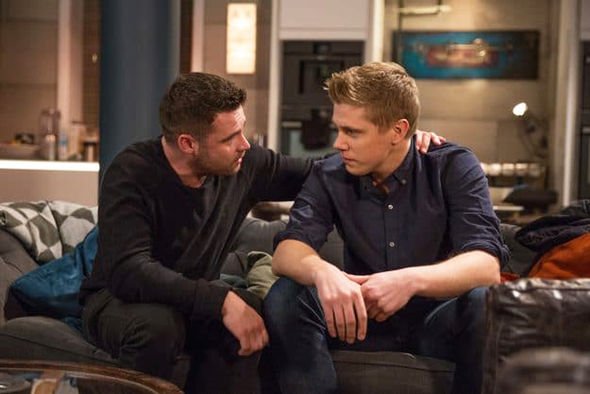 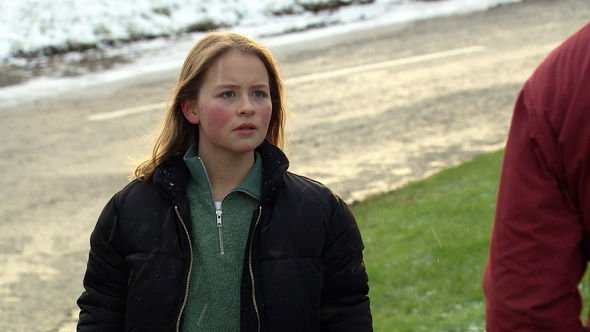 It comes after the actress discussed Liv’s asexual relationship. She said: “I didn’t really think that it would be as well-received as it has been.

“I’ve received loads of messages thanking the show and thanking me for portraying this.

“I didn’t realise how many people it affected, so that has come as a nice shock – that we’re doing good and breaking down barriers.

“That’s what we do as a soap, so I’m really proud to be involved in that. I think the writers have done a brilliant job of not making Liv’s character all about the asexuality.

“They’ve been able to spread it across all of the storylines and let it weave in and out of her life,” she added.

In recent scenes, Vinny broke it off with Liv, because she was getting too close to finding out the truth; Paul beats him up.

This week, Vinny was discharged from the hospital on the grounds he wanted to go home and recover and be looked after by his family – but it was in fact Paul’s decision after Liv called the police to question Vinny on his attack.

Liv has always been suspicious of Paul, doubting him when he claimed to have stopped gambling and seek professional help.

She managed to persuade Vinny to live with her in Mill Cottage, but now he is back in Wishing Well Cottage and she is no longer in a relationship with him, is Vinny safe?

Viewers would’ve hoped Vinny would’ve been able to confide in Liv about what he is going through, but the actor who plays the young man has said the mental abuse is just as prevalent as the physical. 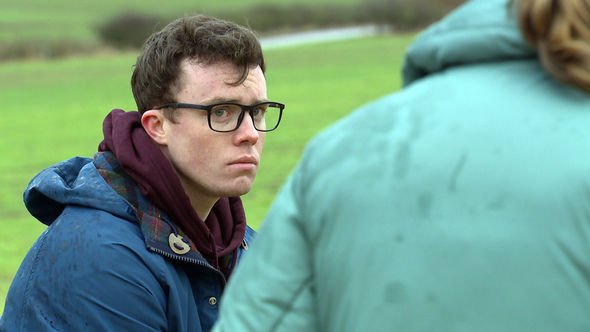 And as for why Vinny hasn’t told Mandy about what’s going on, the actor said: “I think it all boils down is that Vinny will do anything for Mandy’s happiness, and he’s seen his mum light with the Hen-do and just seeing how happy Paul is making her like she knows nothing about the violence and the abuse.

“But Mandy’s always been there for Vinny and at the end of the day Vinny will do anything to make Mandy happy.

“He said it’s an illness and I think then Vinny’s thinking if we do get married, things will be easier, and they will be this happy family. But it all boils down to Mandy’s happiness and Vinny doesn’t want to ruin that,” he added.