The writers of Emmerdale have a lot of twists and turns in store for fans this spring; Faith Dingle’s (played by Sally Dexter) return has been confirmed, Gabby Thomas (Rosie Bentham) will get a positive pregnancy result and Al Chapman’s (Michael Wildman) affair is going to be exposed. But in upcoming scenes of the popular ITV soap, three residents lives are at risk…

Express.co.uk has already revealed Harriet Finch’s (Katherine Dow Blyton) mistake which will lead to Lucas being taken away by social services.

Next week, a pensive Will Taylor (Dean Andrews) rejects Kim Tate’s (Claire King) amorous advances, explaining how he needs to be there for Dawn Taylor (Olivia Bromely) and help reduce the amount of distress she is enduring.

He is left touched by the Home Farm owners empathy after she displays a gentler side, and viewers will see the pair grow closer. 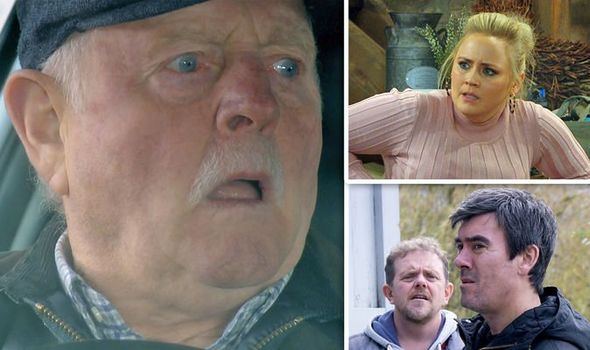 Mack questions her motives and she confesses she’s out to ruin the Dingle man.

But their plan could be thwarted as Aaron Dingle (Danny Miller) spots Mack hanging around the garage and is left suspicious when two more cars go missing that afternoon.

Fans will see Cain grow angry and the next day, Kim revels when she overhears Dan Spencer (Liam Fox) and a furious Cain deal with a customer whose car was stolen.

When Eric Pollard (Chris Chittell) books in his car for a service at Cain’s garage, Kim calls Mackenzie and orders him to steal it but Cain has other ideas. 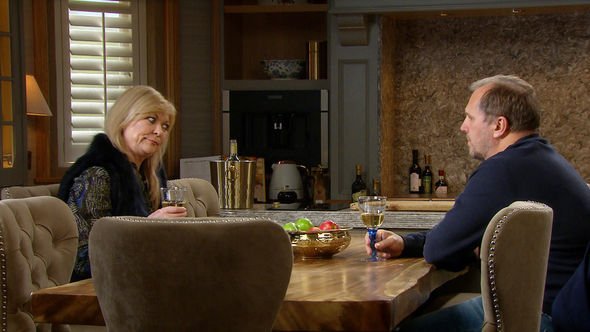 He tells Moira Barton (Natalie J Robb) he has tampered with the brakes of Eric’s car to teach Mackenzie a lesson when he tries to steal it.

And she orders him to put a stop to their plan, insisting someone could get hurt.

Meanwhile, a distressed Tracy Metcalfe (Amy Walsh) is convinced she’s about to give birth and convinces Eric to take her to the hospital.

In a blind panic, Eric rushes to the garage for his car and takes a screaming Tracy to the A&E unit. 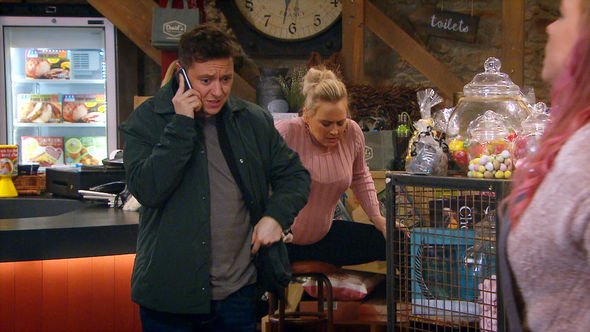 But Dan, thinking Mackenzie to be the culprit, doesn’t realise it’s Eric taking the car and he and Tracy, along with her unborn baby are now in danger.

Walking in the village, Cain is left gobsmacked when he sees Mackenzie and realises he’s not behind the wheel of Eric’s car.

Meanwhile, as Eric is driving down the lanes, the brakes fail. and he braces himself for impact while Tracy screams in terror…

Will terror reign through the village when Eric and Tracy’s family and friends find out about the horrific accident they were involved in?

As for those responsible for the heinous act, will they come clean or is this just another secret they have to harbour?

The pair’s relationship has been fractious, but in recent weeks they have been making the effort to put their differences aside and be there for one another.

When Nate finds out his father’s involvement in the crash his partner and baby were in, their former rift will be reignited for sure. 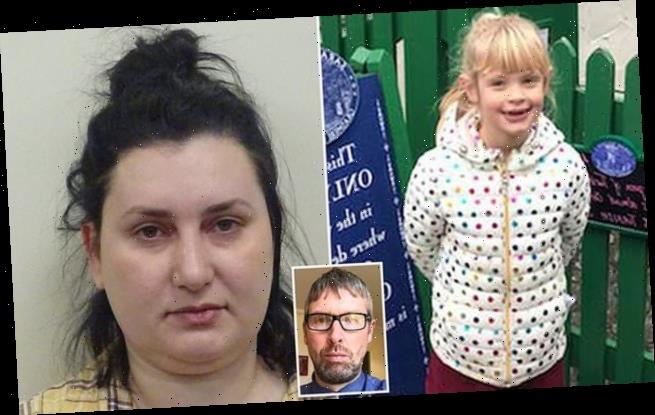 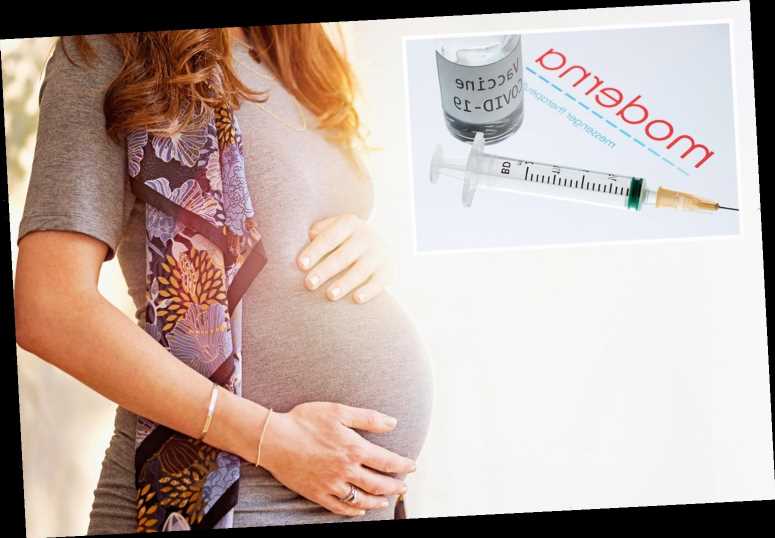 Pregnant women should NOT take Moderna's Covid vaccine, WHO warns – unless they're high risk 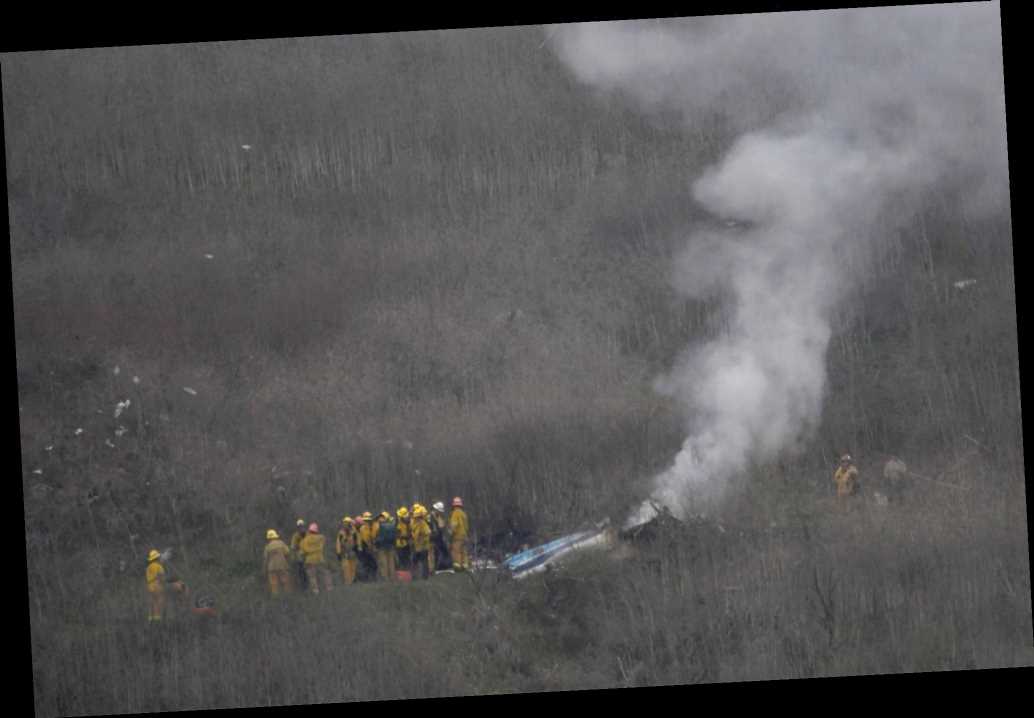 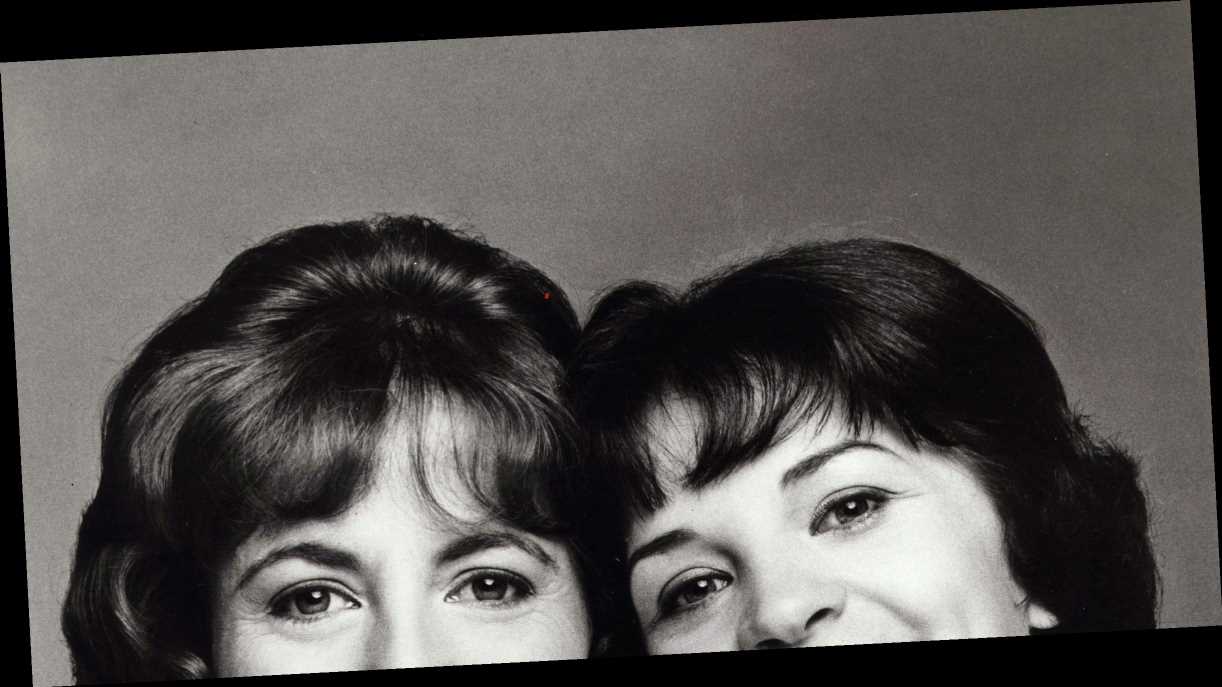 Female BFFs in pop culture
We and our partners use cookies on this site to improve our service, perform analytics, personalize advertising, measure advertising performance, and remember website preferences.Ok