The Emmerdale village is a hive of revelation lately, with Charity Dingle’s latest storyline carrying most of the energy. After the recent unearthing of Charity’s secret son, Ryan Stocks, tonight’s episode finally gave viewers their first look at him. 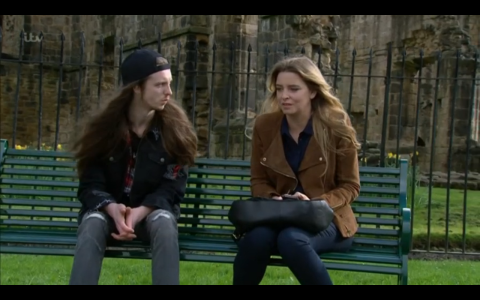 In a recent flashback, we learned that Charity’s baby son managed to survive birth, although she initially thought he’d passed away. Tonight, it was arranged that the pair would meet on a park bench and finally come face-to-face with each other, which created all the emotions that you’d expect.

James Moore, who plays Ryan, absolutely stole the show in this special hour-long episode. Fans of the soap lapped up Ryan’s wit and genuine personality, calling for more focus on the pair.

With Ryan suffering from Ataxic Cerebral Palsy, as he took a seat next to Charity at the park, she initially didn’t believe he was really her son. After the shock had passed, the two characters shared a very entertaining scene, with Ryan questioning Charity’s morals but also digging into what made her run away all those years ago.

He also found the time to offer Charity an ice cream. 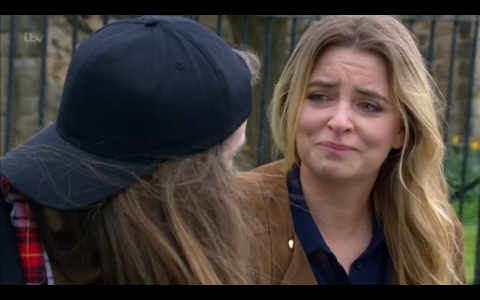 Funny moments combined with heart-wrenching truths, Charity and Ryan’s first scene together was fantastically effective. Fans was overwhelmed with reactions to the episode, with more posts below.

Digital Spy Soap Scoop video – hit play below for all the latest Emmerdale spoilers, as Debbie admits everything and Chas harbours a sad secret.