Dwight (played by Austin Amelio) was last seen in The Walking Dead season eight when he was banished by Daryl Dixon (Norman Reedus).

His crossover into AMC’s Fear the Walking Dead has been teased for a long time and fans finally saw him at a Wild West theme town.

He was nearly involved in a vicious gun fight, but was then saved by John (Garret Dillahunt) and June (Jenna Elfman) and introduced to the rest of the group.

There, he came across Morgan (Lennie James) who is a fellow crossover star and it was quite a frosty reception.

It was revealed Dwight has been on the hunt for his wife Sherry ever since leaving The Walking Dead world, but were his and Morgan’s paths also destined to cross.

Showrunner Andrew Chambliss has now revealed to Entertainment Weekly there are reasons why the pair have ended up in the same place and fans will soon find out.

He said: “They were in some of the bigger group scenes [in The Walking Dead], but Morgan and Dwight hadn’t actually had a lot of personal one-to-one interaction.

“They obviously both kind of know each other as characters and their history. So I think when they find each other, it was really the surprise that these two people ended up in the same place.

“And we give some hints that there are some reasons that they both ended up in the same area in Texas. And there’s a little bit of back and forth where they’re talking about what roads they took.

“I think we’ll learn a little more about what forces drove them to this area.” 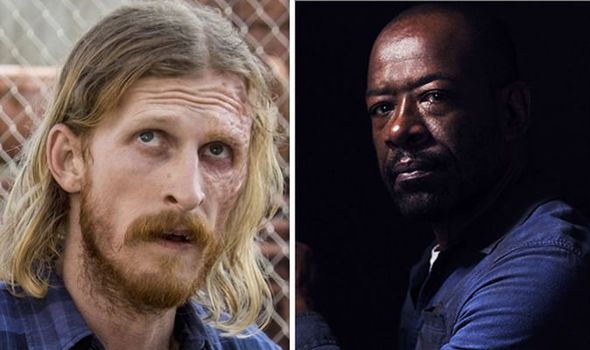 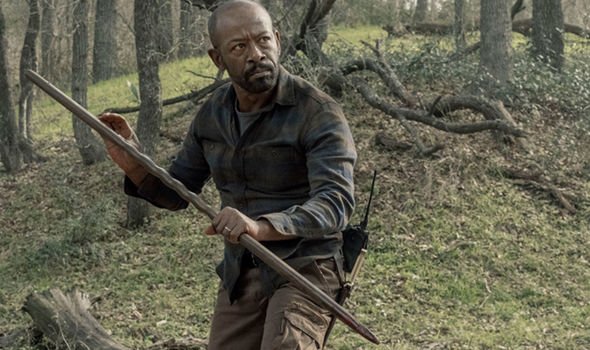 Morgan told the others in the group that “they come from the same place,” but the pair don’t actually know each other well.

He is currently not willing to hear Dwight’s apologies about his behaviour with Negan in The Walking Dead.

Andrew has also previously revealed why Dwight had to be discovered by John: “We definitely played with some other ideas, but what I think led us to the Gulch was the fact that it really seems like Dorie and June being the first people to encounter Dwight just felt right because of all those similarities that Ian just mentioned.

“Dwight is looking for someone who he loved and Dorie had been through that same exact experience.

“It really seemed like those two parallel story tracks were telling us that Dorie and June should be the first people to encounter him. 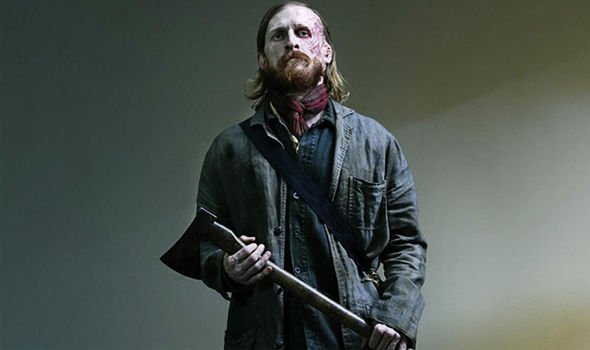 “And we really saw it as Dwight being a mirror image of Dorie and almost a sign of what could have happened to Dorie if he had not had the luck to find June.”

Dwight star Austin has also revealed why his crossover to Fear the Walking Dead made him laugh at first.

Meanwhile, Victor Strand (Colman Domingo) could be in serious danger in upcoming episodes.

In last week’s episode, he was reunited with Daniel Salazar (Ruben Blades) and it could spell danger for Victor.

Their reunion was much anticipated, as the rivals last saw each other in season three, during a fight which left Salazar in a horrific state.