As we speed towards The Flash‘s season four finale, we might have just had confirmation of a Mystery Girl fan theory.

We’ve been promised that the identity of Mystery Girl (Jessica Parker Kennedy), who made her debut in the huge crossover event Crisis on Earth-X, is going to be revealed in the finale, but fans might already have sussed it out.

The latest episode ‘Therefore She Is’ ended with Mystery Girl dropping off a gift for Joe and Cecile’s baby, only for her to leave before the team could see it and show off her super speed skills. 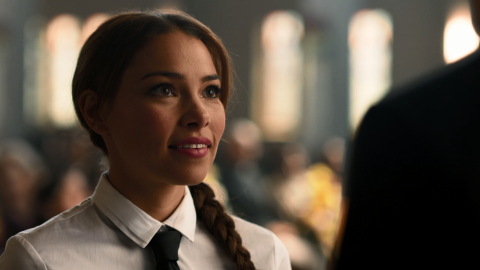 Fans have long thought that she could be either Dawn Allen, the future daughter of Barry (Grant Gustin) and Iris (Candice Patton), or even their granddaughter Jenni Ognats, known as XS in the comics.

Both of those characters are speedsters so it stands to reason that Mystery Girl is connected to the two of them, especially since her lightning was purple like Iris when she had Barry’s super speed. 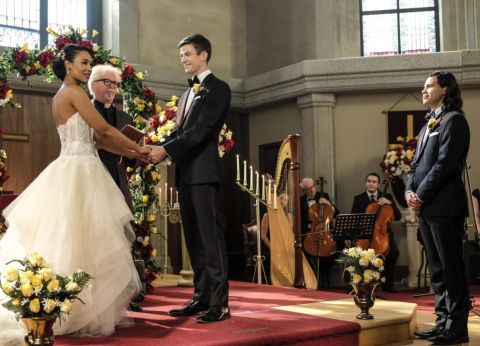 At least we don’t have long to wait to find out for sure with the reveal also playing into two big cliffhangers for season four, one of which sets up the villain for season five.

“You get the question answered as to who she is,” executive producer Todd Helbing confirmed. “There’s actually an extra little bonus where something happens where you’ll realise exactly how she’ll play a part in the future.”

The Flash airs on The CW in the US and Sky One and Now TV in the UK.