Game of Thrones season 8, episode 2 explained: Where is the Night King?

Episode two of Game of Thrones season eight was titled A Knight of the Seven Kingdoms and saw the action all taking place in Winterfell as we saw some intimate character dynamics playing out through the episode. However, the big moment came with the sounding of the doleful horn and the arrival of the White Walkers and the army of the dead.

Where is the Night King?

The closing shot of the episode showed two White Walkers riding reanimated dead horses looking at Winterfell from across the snow.

However, there was one crucial figure missing: the Night King (played by Vladimir Furdik) who was nowhere to be seen.

Now the Night King has Viserion in his thrall, audiences were expecting to see the fearsome leader right at the head of his army riding on his dragon.

Fans have been wondering where Viserion and the Night King could have been with some on Reddit suggesting the White Walkers are planning a double threat.

HOW MANY EPISODES ARE IN GAME OF THRONES SEASON 8? 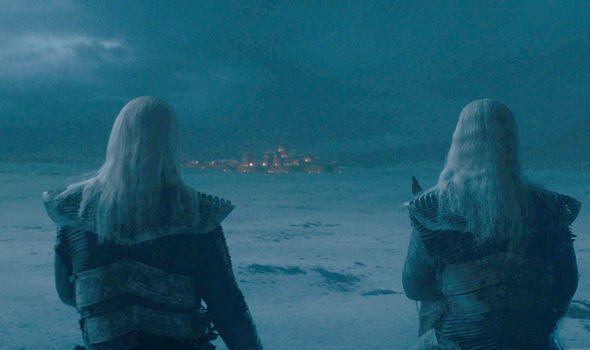 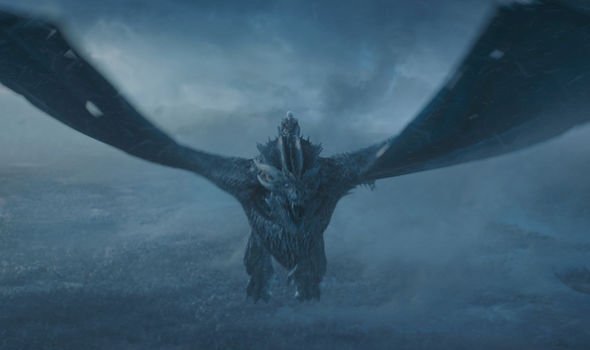 One person posted: “Someone posted a theory during the week that they think the night king is riding Viserion to Kings Landing instead of Winterfell.

“This episode made me further believe this theory will come true. Their entire plan is based around luring the night king to Bran and that’s how they will defeat the army of the dead.

“They continued to make reference to the night king coming to Winterfell and that this is the battle that will end it all.”

The Game of Thrones fan compared the tactic something similar the Lannister did in season seven when their diverted attention to Casterley Rock while they took High Garden and ended House Tyrell.

They go on to say that Bronn (Jerome Flynn) will be the one to spot the Night King on his flight down to King’s Landing and he’ll race back to raise the alarm.

Other fans waded into the thread to share their thoughts with one saying: “Leaving the army of the dead to attack a highly fortified city defended by armies and 2 dragons? The tradeoff must be worth it. What’s in Kingslanding for the NK?”

Another fan responded by suggesting the Night King was hoping to build up his army by killing the inhabitants of the populous city and turning them into soldiers for him.

If this is the cast, the Night Queen theory could come to be after there were suggestions Cersei Lannister (Lena Headey) would be turning into a White Walker and joining the Night King. 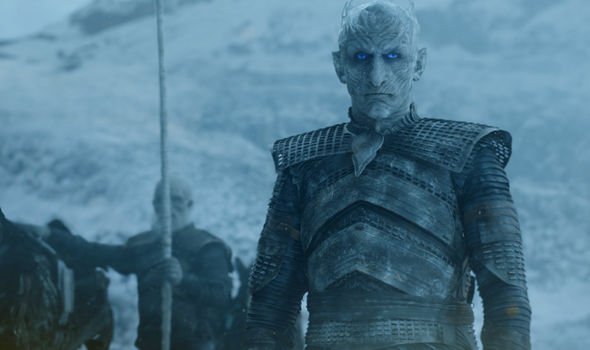 One fan reasoned: “A massive addition to his army once he kills them all, and then he can strategically disperse Wights from Kings Landing in all directions to consume the rest of Westeros.

“Winterfell is home to some of his greatest threats. Considering the army at Winterfell seems to be the only resistance to NKs army, not to mention they still outnumber his dragons 2 to 1, if he can avoid confronting that threat at this time he can return once he has a much larger army with a much bigger presence across Westeros.”

The Battle of Winterfell could be a mighty fight sequence, however, the characters are all banking on the Night King actually being there.

Their strategy will be thrown into chaos when they learn they’ve underestimated the Night King and that Bran Stark’s (Isaac Hempstead-Wright) reasoning was wrong.

Next week will also see the first of many losses as the war between light and dark begins in earnest.