Arit Anderson was in Cumbria looking at the subject of peat, its place in horticulture and its role in our environment for tonights’ Gardeners’ World. The presenter met with Glen Swainson, Natural England’s Senior Reserve Manager to discuss peat bogs and how the demand for a common gardening product that contains peat is contributing to climate change.

Arit began by explaining: “Peatlands, a type of wet land that occur on every continent. But what is a peat bog? Put simply, it’s a layer upon layer of vegetation that’s laid untouched for thousands of years. Some, even date back to the last Ice Age.

“The UK is ranked as one of the worlds top ten countries when it comes to peatland as a proportion of the total land area. Here, it covers almost 12 percent of the country.

“And it performs a vital role; peatland forms a unique ecosystem, helps in our flood defences and is key in combatting climate change.

“And did you know? That peat bogs store twice the amount of carbon compared to the world’s forest – that is astonishing.

“But there is a problem – lowland raised bogs, one of the three types of peatland habitat in the UK has decreased by 94 percent in the last two centuries that’s because they have been drained for agriculture and forestry and extracted and burnt for fuel. 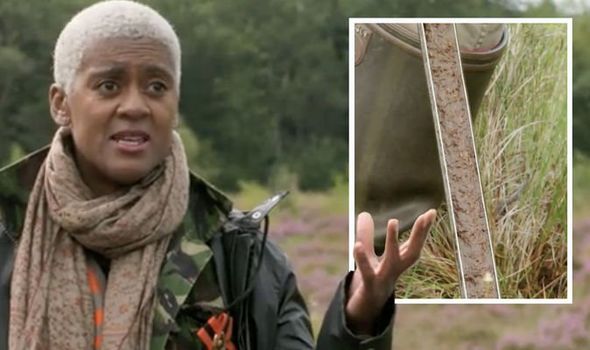 “Why should we gardeners care? Because, nearly 60 percent of peat that is excavated is used by the horticultural industry and ends up in bags of compost and plants we buy for our gardens,” she added.

Glen explained to the Gardeners’ World presenter and viewers: “We only need to take a look around, Arit, to see a truly wild and beautiful place that a peatland can be.

“I’m a really enthusiastic gardener, so I understand as gardeners who are looking for a growing medium that’s got really good consistency and holds onto moisture and nutrients and is cheap – and peat is all of those things.

“The problem with buying peat, you’re inadvertently contributing to the description of a peatland like this or somewhere around the world – and contributing to climate change.”

“This is a peat bog though, so what makes it so vital?” Arit asked and Glen replied: “Where we are today is what’s called a lowland raised bog and as the name suggests, lowland raised bogs are found in the lowlands where you get really high rainfall.

“The raised part of the name comes from the fact the peat builds over time and you get this huge dome of peat right across the surface of the moss. Lowlands raised bogs are really the bogs which have been targeted for peat milling  for horticulture for the fact they’ve got so much peat and they’re accessible.” 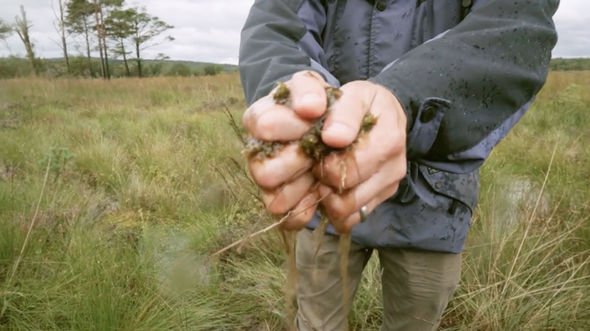 Arit continued: “It is such a wonderful looking landscape – what sort of habitat does this create?”

“Plant communities that we have on the bog are just supremely adapted to the quite harsh conditions that weave got; it’s very wet, it’s quite acidic, it’s very low in nutrients so we’ve got some very interesting plants that grow here,” Glen said and then proceeded to divert off the path and show Arit the moss.

“This is weird, it’s so spongy isn’t it – it’s so strange!” Arit remarked jumping up and down.

“Moss is really the main peat-forming species and it gives it that living layer across the bog – it’s like the bog’s skin in effect,” Glen explained. “It’s an amazing material, if I just give this a little squeeze, it acts like a sponge, it can hold up to 20 times it’s own weight in water and that’s what keeps the surface of the bog wet.

“In terms of the wider landscape, they’re really good in helping with flood prevention, it slows the flow into the rest of the catchment and into the rivers and preventing flooding further downstream.” 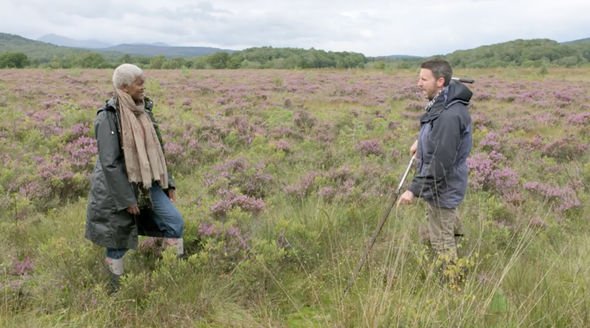 Arit added: “This peatland is like a life support for biodiversity but it’s what’s below the surface which makes it more vital and not just for us, but for the whole planet. Glen, I am really excited and glad that you managed to get permission from Natural England to take a piece of peat out of this peatland.”

Those watching at home then saw Glen push a large corer into the peatland and pull it out, revealing: “We’re standing on the living layer of the bog but if you really want to see what peat looks like you’ve got to get below that.

“There were go, that brown stuff in the corer, so if you think peat forms about one millimetre a year, what we’ve got there is just less than a metre but that could be 800 or 900 years of peat just in one little core and this peat will go down about eight metres in this location.

“What is it exactly about that material that is just so important?” Arit wondered. 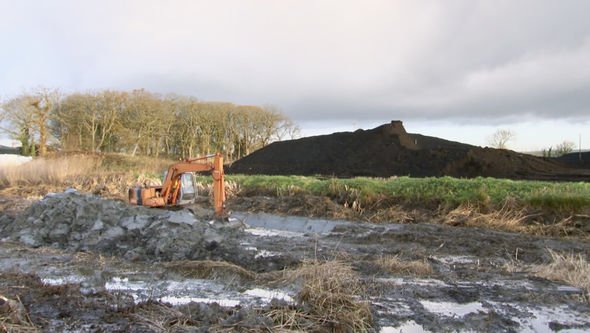 “Peatland is good condition are an amazing carbon sink, so what they do effectively is take carbon dioxide from the atmosphere and they’re locking it away in the accumulating plant material,” the Senior Reserve Manager said. “And if it’s in good condition, it will keep doing that indefinitely which is amazing really, there’s not really any other habitat which will do that.”

“The peat that we’re digging up for our gardens then is clearly a problem, because it’s releasing CO2 into the atmosphere,” Arit commented.

And Glen responded: “If we don’t keep that carbon locked in the peat in the ground, then we’re emitting it into the atmosphere as carbon dioxide which is obviously greenhouse gas and that’s contributing ultimately to global warming.”

Arit then said: “Although peatlands cover less than three percent of the world’s surface, estimates are that they contain 30 percent of the carbon in all of our soil worldwide, so peatland is a vital carbon storage unit, not just for the UK but for the whole world.

“Damaged UK peatlands are releasing almost 3.7million tonnes of CO2 each year. Equal to the average emissions of over 660,000 UK households. Clearly, this isn’t sustainable but what can we as gardeners do to help?”

Glen explained: “If you’re a gardener, you want to be looking at whether you’re using peat-based product when your gardening.

“When you’re buying your compost, take a look on the back and if it says it contains peat, maybe have a second think about that. There are a lot of products that are peat-free. It’s past time now for us to stop using peat.”

“The importance is obviously protecting this amazing habitat but making sure we keep the carbon stored and that in turns helps look after the planet,” the Gardeners’ World presenter added.

“It’s a no brainer, peat belongs in the ground and that’s where it should stay,” Glen concluded.

Arit finished telling those at home: “It’s quite incredible standing in this amazing landscape knowing I am stood on thousands of years worth of peat.

“And as someone who does use peat-free compost, I feel proud I might be contributing to protecting this very important habitat.”