Gavin and Stacey is one of the best-loved sitcoms of recent years and fans were sent into turmoil when show writers Ruth Jones and James Corden revealed the show would be back for a Christmas special earlier this year. In a recent interview, James confessed he thought the show was “dead,” but saved in a way you might not expect.

The sitcom, which last appeared on screens back in 2010, followed the lives of Gavin Shipman (played by Mat Horne) and Stacey West (Joanna Page) who met after chatting online and quickly fell in love.

The original three series’ dealt with the issues surrounding their whirlwind romance and the effect it had on their family and friends.

Viewers were left with a supposed image of will they/won’t they couple Nessa (Ruth Jones) and Smithy (James Corden) finally getting together.

Fans will have to wait and see if they finally get the gossip this Christmas, James, who also created the show, revealed how it nearly didn’t happen.

Speaking to The Sun, James explained how the show was “dead” but he and Ruth managed to salvage it in a “24-hour period”. 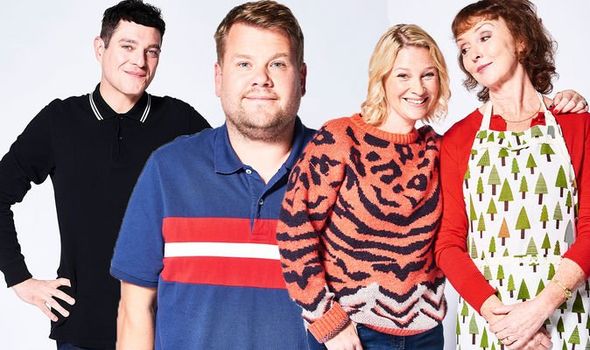 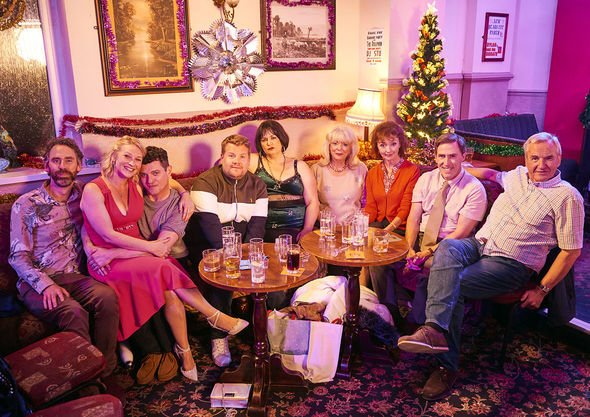 He admitted:  “In a 24-hour period the show was dead — then brought back to life.

“It was deeply depressing. It was the second time Ruth had flown out. That’s a long way to go. I was working on my days off, so that is essentially time you’re not with your children.

“We wrote the majority during a hiatus week from The Late, Late show. I finished work on the Thursday and people were saying, ‘Ooh, I’m off skiing’, or ‘Oh I’m doing nothing, I’m just going to potter around,” he added.

The actor then explained how they nearly ended up scrapping the project again after struggling to come up with the right “feel” for the new episode.

He confessed: “There was a very real moment where we had written maybe 40 pages. We recorded it just to see how long it was and we both knew probably halfway through, but we soldiered on.

“And we both finished, and Ruth went, ‘What do you think?’ And I said, ‘We haven’t got it. It just doesn’t feel like Gavin and Stacey. 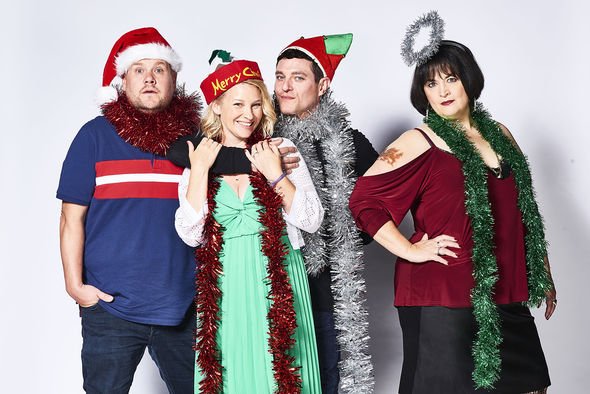 “We decided, ‘OK, well, thank goodness we didn’t tell anyone. Thank the Lord we didn’t. We’ve scratched this itch that we thought was there, and it isn’t, so no harm done. No one will ever know’,” he explained.

The pair struck gold in any unlikely fashion as Corden explained how him and Ruth decided to try a different approach to get the wheels turning, which ended with them writing “the best scene” of the show.

“It’s probably the quickest scene we’ve ever written. And I think it’s the best scene Gavin & Stacey has ever had.

“Suddenly this scene arrived, I can’t tell you, I sound like Mystic Meg, but it landed in the room,” he confessed.

The cast joined Radio 2 DJ Zoe Ball last week for a sit down about the show and what fans could expect from this evening’s hugely anticipated special.

Rob Brydon, who plays Uncle Bryn, teased the upcoming episode as “beyond anything” viewers will have seen before as he exposed how the show had “changed” ahead of its Christmas special.

He told the host: “I’ve gone on record before and said I get all emotional about it, because what James has done is like beyond anything.

It’s just astonishing and I think he has changed, and in as much as he seems so kind of at ease with it all, and I thought he was just, because it’s not easy to go… and he sitting here now,” he concluded.

Alison Steadman, who reprises her role of Pam Shipman, confessed some of the worries she had before going back to the iconic show earlier this year.

She told Zoe: “Well I’m older and fatter, no seriously you think can I get that character back and my hair’s wrong.

“What will it look? I don’t know that all those thoughts because it’s been 10 years. But it was weird because it was easier than I thought.

“Once we were all together, and once we started to read it. I just felt like Pam again and it was great,” she added.

Gavin and Stacey airs tonight at 8.30pm on BBC One.