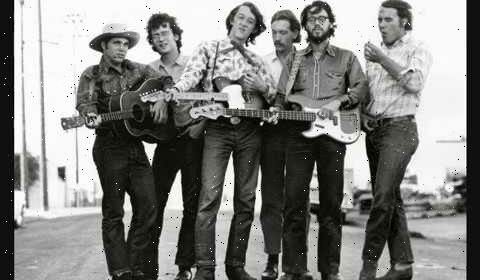 George Frayne, aka pioneering alt-country rocker Commander Cody, died earlier this week at his Saratoga Springs, N.Y. home of esophageal cancer. He was 77 and his death was confirmed by former bandmate John Tichy.

Frayne, the frontman for the band Commander Cody and His Lost Planet Airmen, was a part of the late ’60s San Francisco music scene, but later became strongly associated with the burgeoning live music movement in Austin, Texas. The group used variations on Western swing, jump blues, rockabilly and boogie-woogie, inspiring the legions of roots-rock and Americana musicians to come.

In 1971, the band released its first album, Lost in the Ozone, which scored its only Top 10 hit with a cover of Charlie Ryan’s 1955 rockabilly song, Hot Rod Lincoln, a frantic, speed-talking ode to wayward hot rodding.

They arrested me and they put me in jail
And called my pappy to throw my bail.
And he said, “Son, you’re gonna’ drive me to drinkin’
If you don’t stop drivin’ that hot … rod … Lincoln!

Commander Cody and His Lost Planet Airmen became something of a cult favorite during its ten year ride, doing more than 200 live shows a year in various bars and small venues. Their 1974 album Live From Deep in the Heart of Texas, recorded at Armadillo World Headquarters in Austin, was once ranked by Rolling Stone as one of the top 100 albums of all-time.

Frayne is survived by his wife, Sue Casanova, and his stepdaughter, Sophia Casanova.