GLOW season 2 first-look pictures have been dropped by Netflix

Netflix has dropped the first images of GLOW season 2, and the hair looks bigger than ever.

It was announced last year that the series would be renewed for a second season, following its rave reviews and positive word of mouth. 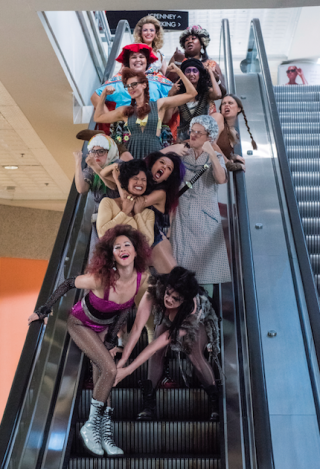 Netflix released a date announcement video, which saw the Gorgeous Ladies of Wrestling strut their stuff to classic Flashdance tune ‘Maniac’, before Marc Maron’s Sam Sylvia is his usual grumpy self, breaking up their fun.

Following that, Allison Brie, who plays Ruth, shared a behind-the-scenes image of herself and co-star Betty Gilpin in their season two costumes. 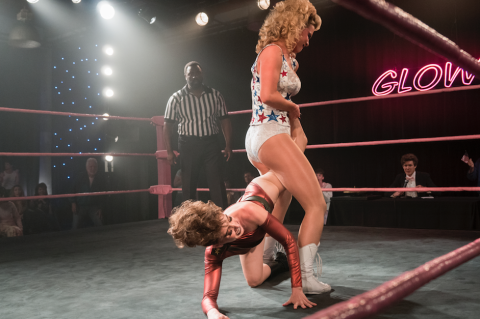 It has since been announced that a new character will be added to the show, and she will be played by Shakira Barrera.

Netflix have released an official synopsis for the second season, which will sees the wrestlers deal with becoming local celebrities and “the realities of their newfound fame”. 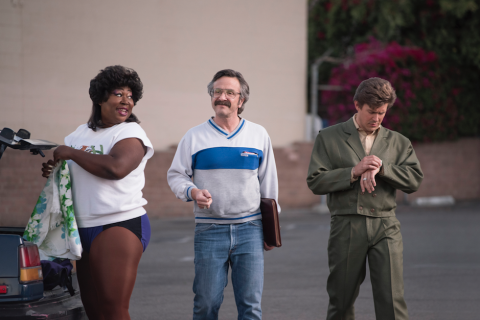 “As Ruth and Debbie settle into the day-to-day of making a season of TV together, they confront lingering issues at the heart of their friendship,” it reads.

“Sam is still Sam, but now he has a teenage daughter living with him and 20 episodes to churn out. The wrestling is harder, the stakes are higher, and the hair is even bigger.”