On Friday night’s show of Gogglebox Jenny sparked a fan frenzy as she correctly guessed that Prince Harry and Meghan Markle would call their baby Archie.

Some viewers questioned the episode because Jenny predicted the news while watching an evening news report, while the official baby announcement was made in the daytime.

However the show’s creator Tania Alexander has spoken out about the suggestion, denying any of the allegations.

One viewer commented: “That clip of Jenny “guessing” the name was clearly recorded after the name was made public.”

Another agreed: “It’s all just so fake now. We know they watch all the shows in one or two sittings and they still make on they’re surprised that the baby has arrived and pretending they’re guessing it’s name… come on now, nobody could’ve avoided that news.”

While a third shared: “It’s so fake now, there’s no way in hell none of them knew about the baby’s birth or the name before they watched the news.

“It was two separate events, two days apart and they’re all wearing the same clothes?” 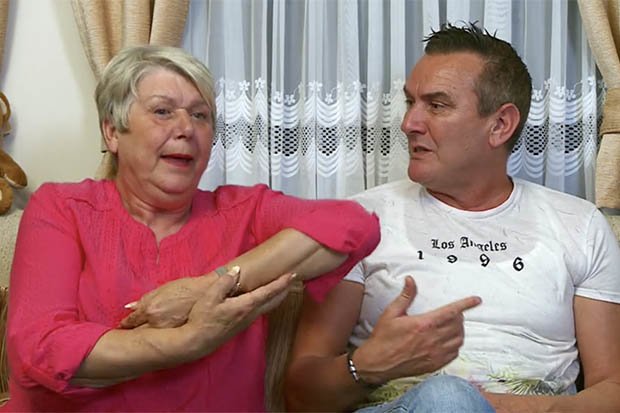 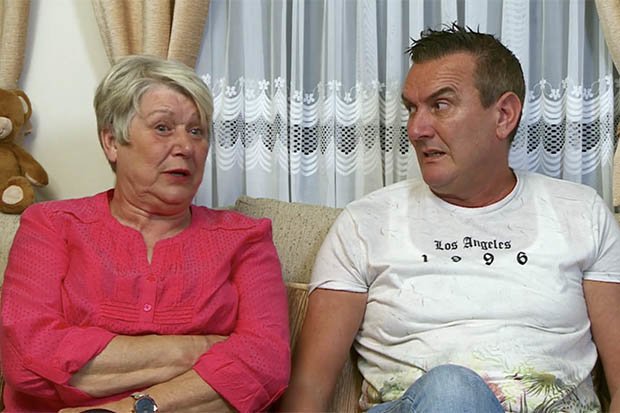 Responding, the TV boss took to Twitter to share her side of the story with her 9k followers.

She tweeted: “I would just like to confirm that our Jenny did genuinely guess the name Archie before it was announced.”

This comes shortly after that former Gogglebox star June Bernicoff admitted she now finds it too difficult to watch TV since her husband and co-star Leon’s death. 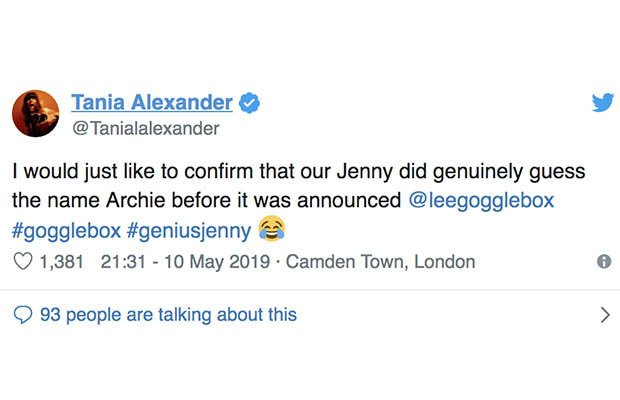 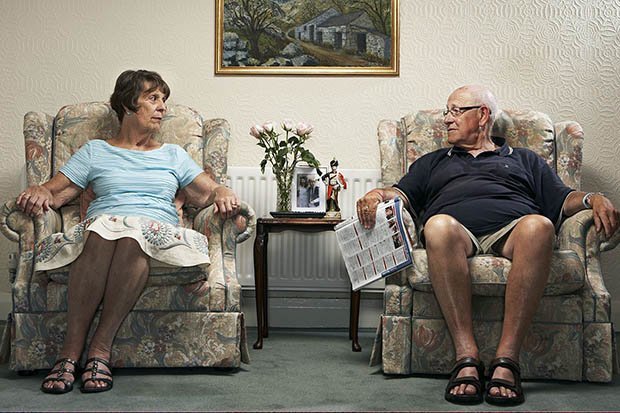 The pair were one of the hot favourites on the show, capturing viewer’s hearts with Leon’s outspoken comments.

Back in 2017, the former teacher sadly passed away aged 83-years-old.

Not long after June announced that she wouldn’t be returning to the series, but has been keeping herself busy by writing a book about the couples life.