Gotham season 5 release date, trailer, cast, Netflix and everything you need to know

Some comic-book fanboys said it couldn’t be done, but Fox’s Batman-without-Batman show Gotham has managed to create the perfect Dark Knight series by taking a bold approach to the source material’s most iconic characters (mostly the villains, let’s face it).

It’s done this so successfully, we’re craving all the latest news on the (as yet unconfirmed) fifth season. So, we’ll be pulling on our cape and cowl to hunt out all the latest news stories on Gotham season five, then we’ll stick them into this feature like it’s some kind of Bat-computer as they come in.

So bookmark this page, and prepare yourself to absorb everything you need to know about the next season of Gotham.

Gotham season 5 UK: Where will we be able to see it? 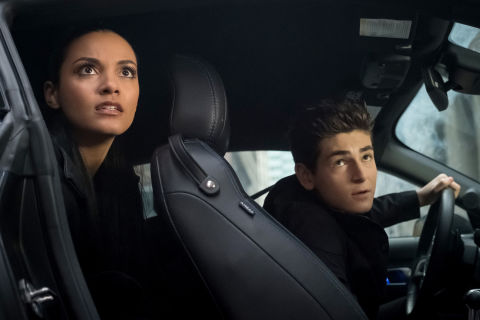 Gotham has had a bit of a weird ride on UK screens. The first couple of seasons showed on Channel 5, then season three turned up on Netflix, before season four showed on E4.

It’s so confusing that it led fans to think they’d forgotten an entire season of the show.

We’d expect season five to also broadcast on E4, but maybe that’s just us being optimistic that Gotham’s chaotic schedule (seriously, did the Joker plan this?) will start to finally find some consistency next year. 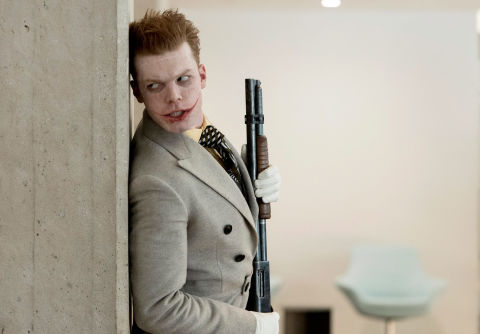 While we’re yet to get official confirmation that Gotham season five will actually happen, it’s looking pretty likely. Fox chairman Gary Newman recently gave his verdict on the future of some of his network’s most popular shows (and some of the not-so-popular shows), and he seems happy with Gotham.

Newman praised the show for doing “a pretty good job of opening up that night”.

“I feel like Gotham should have a place in our schedule,” he continued, before going on to say that he hopes there are “more years” of Gotham to come.

Yeah, that sounds like there’ll be at least one more season to us.

Gotham season 5 trailer: When will we see it?

Obviously there’s no trailer on the immediate horizon, but we’ll be more shocked than Harley Quinn after electroconvulsive therapy if we don’t see one at Comic-Con in July.

We’ll drop it into this feature when it arrives, but until then, you can watch the epic season four trailer above.

Gotham season 5 cast: Who’ll be in it? 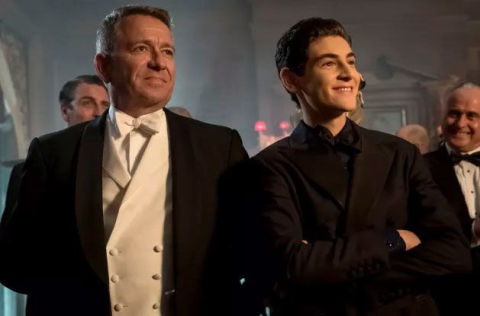 It doesn’t take the world’s greatest detective to guess that season five will involve Ben McKenzie as the young Commissioner Gordon, Donal Logue will be presumably reprising his part as Gordon’s partner Harvey Bullock, David Mazouz will definitely be back as a young Bruce Wayne (but not Batman – yet), and Sean Pertwee will return as Bruce’s butler and pal Alfred Pennyworth.

Cory Michael Smith should return as Edward Nygma, aka the Riddler. The brilliant Robin Lord Taylor will return as Oswald Cobblepot aka the Penguin. Camren Bicondova will be back as Bruce’s pal Selina Kyle aka Cat (she’s not Catwoman quite yet).

Other characters who should be in season five include Erin Richards’ Barbara Kean, Drew Powell as Butch Gilzean/Cyrus Gold/Solomon Grundy, and Firefly and Homeland actress Morena Baccarin as Leslie Thompkins.

Oh, and you can also expect more from the Joker – just don’t expect him to be called that. Gotham producer Danny Cannon was asked if the show would finally start referring to Jeremiah as The Joker, and he gave a pretty clear (if slightly odd) answer.

“When we first did the pilot, we were trying to create a world where someone like Batman would be necessary, and that’s what we’ve done these last four years. If you want to survive as a villain in Gotham, you’ve got to think big.”

He continued: “We just wanted to really make an origin story of not just one character at a time, and how they got made, but why things get so out of hand in Gotham, and where criminality is going in Gotham.”

“How far it can get, how bad it can get before someone dons that black suit, becomes a vigilante that will change the city forever.”

Speaking of the Joker (or whatever he’ll be called), Harley Quinn could very well show up in season five of Gotham – it was certainly hinted at in season four.

But all of the above actors shouldn’t rest on their laurels. Just because they’re playing characters that have to survive because they’re part of Bat-history, doesn’t mean that the actors can’t be replaced, as David Thompson found out this year.

Gotham season 5 Netflix: Will it go to the streaming service? 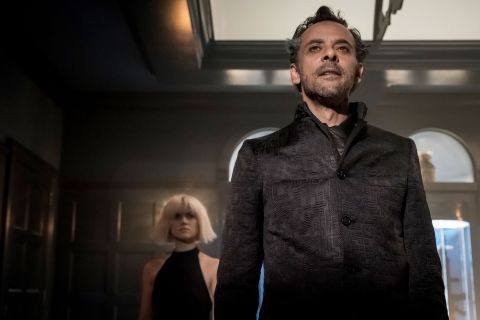 There’s a small chance season five could end up on Netflix in the UK, after season three made its debut there. But as soon as we get official word, we’ll chuck it in here faster than Bruce can throw a batarang.

Gotham season 5 plot: What will it be about? 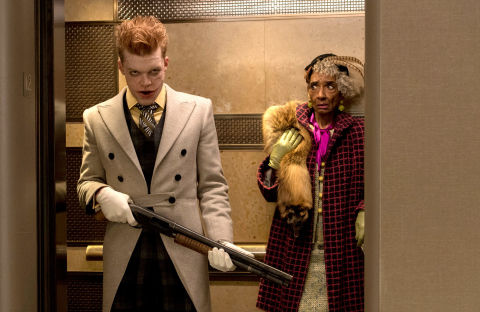 The only thing that we can predict about season five’s plot is that it’ll be unpredictable. Danny Cannon’s described it as a ‘reboot.’

“The cataclysmic event that happens in the last three episodes not only will change Gotham,” Cannon said. “It not only combines so many characters that you don’t think will co-operate with each other, but it changes the face of Gotham forever, so that season five, it’s almost a reboot and a different show.”

However, fans can rest assured that the “reboot” would have the same characters, clarifying that it is a “reboot of stories” rather than a complete overhaul.

“Our characters have reached a maturity now, our characters are so well defined and that’s why I think as writers, that’s right about the point when you want to change people’s perception of them,” Cannon explained.

One thing we’d definitely like to see is Bruce Wayne actor David Mazouz’s vision for the final ever episode.

“I would love to see the show ends with Bruce Wayne in a Batsuit on top of a building looking down, with a Bat-Signal on top of Gotham Central… [with] everybody, not just Bruce, coming into the characters they’re supposed to be,” he said.

“And everybody coming into the person that they’re destined to be at the same time, in the series finale, I guess it would be.”

If the show does have to end with season five, that’s how we’d like to see it go out.