Margot Robbie promised us a diverse cast for her upcoming DC movie Birds of Prey – and it looks like she’s going to deliver.

The girl gang film will see Robbie return to her Suicide Squad role as badass Harley Quinn. Cathy Yan is attached to direct, making her the first non-white, female filmmaker to helm a DC movie.

Now, Warner Bros is putting together the all-star supporting cast, with the roles of Black Canary, Huntress, Renee Montoya and Cassandra Cain all in play. 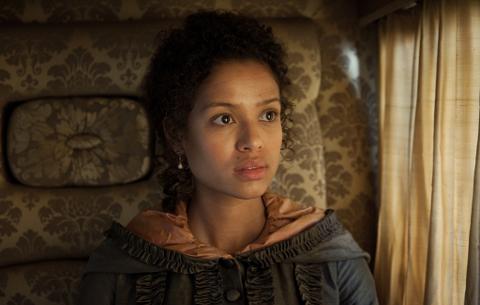 Firstly, Black Canary. According to The Hollywood Reporter, Belle and Black Mirror‘s Gugu Mbatha-Raw (above), Friday Night Lights‘ Jurnee Smollett-Bell, and Hidden Figures actress and big-time singer-songwriter Janelle Monae are all being considered to play the superhero.

While the character has traditionally appeared white in the comics, THR says that producers are after diverse talent.

As for Huntress, How I Met Your Mother and Black Mirror‘s Cristin Milioti (below), The Leftovers‘ Margaret Qualley and Fargo‘s Mary Elizabeth Winstead have all apparently auditioned for the part.

The role of Gotham City detective Renee Montoya is being linked to Jane the Virgin‘s Justina Machado and Broadway star Roberta Colindrez.

And for Cassandra Cain – one of several in the comics who have assumed the role of Batgirl – bosses reportedly plan to cast a young Asian actress in a remoulding of the character.

Birds of Prey is yet to get an official release date, but it plans to start shooting in the beginning of next year.