While fans wait for clarity on whether or not a reboot of the Lizzie McGuire series is a go, Hilary Duff gathered the old cast to do a table read of one of the show’s original episodes. 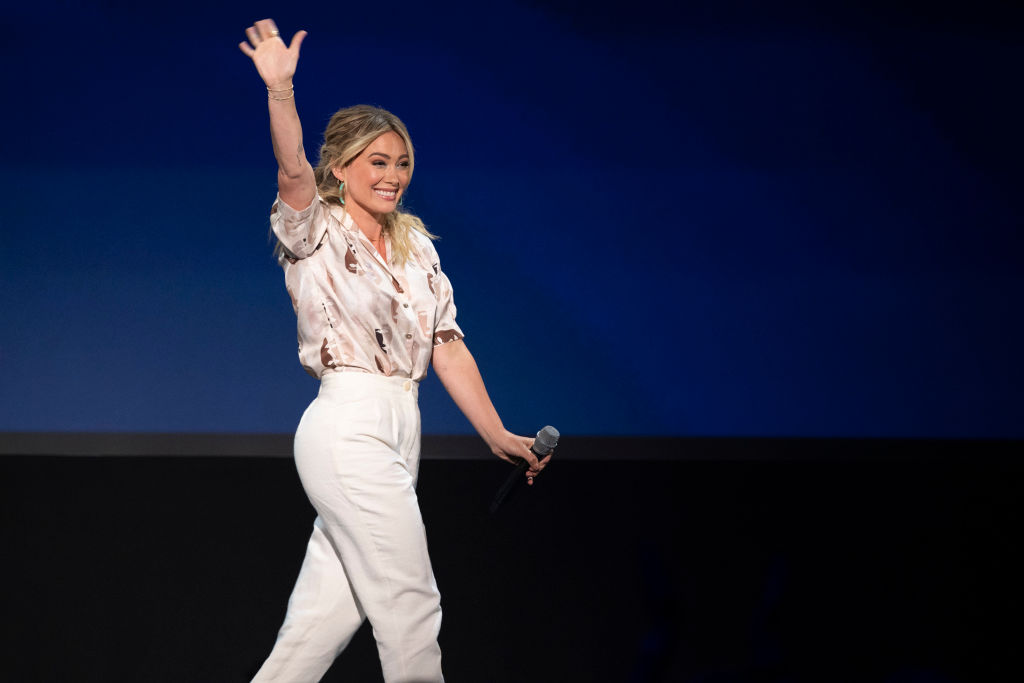 A ‘Lizzie McGuire’ reboot was confirmed, then halted

When Disney+ first came out, fans couldn’t wait to relive their childhood by binge-watching all of their favorite shows. Disney realized the potential there was to capitalize on nostalgia, and quickly announced a reboot of Lizzie McGuire.

The original cast, including Hilary Duff and Adam Lamberg, agreed to be part of the reboot series. Fans were delighted at the prospect of more Lizzie McGuire content until production came to a screeching halt. The reboot was placed on hold after Duff and series creator Terri Minsky experienced creative differences. A few weeks after Disney’s announcement, Duff spoke out on the issue.

Disney wouldn’t have allowed some of the more adult-themed content Duff had in mind for the series. “I’d be doing a disservice to everyone by limiting the realities of a 30-year-old’s journey to live under the ceiling of a PG rating,” Duff wrote on Instagram. In an effort to do right by the show’s fans, Duff stood her ground and considered moving the show to Hulu.

Is Terri Minsky back on board?

In early April 2020, writers working on the reboot held a virtual brainstorming session. Fans were most excited to see that Minsky was part of the call, which lead many to believe that she was back on board for the project. It’s still unclear whether or not the reboot will be on Disney+ or Hulu, but for now, fans are excited that the series seems to be in progress again.

The ‘Lizzie McGuire’ cast reunited for a table read

While fans eagerly await for more news on the Lizzie McGuire reboot, the original cast entertained everyone with a table read of the season 1’s iconic episode “Between a Rock and a Bra Place.” Jake Thomas, Lalaine, Robert Carradine, Hallie Todd, Ashlie Brillault, Davida Williams, Kyle Downes, Lamberg, and Duff all participated.

The episode first aired in 2001, telling the story of Lizzie and Miranda as they shopped for their first bras. Naturally, Lizzie’s mom embarrassed them in the process.

Duff thanked viewers for following the stay at home orders and shared how happy she and her castmates were to do the table read. “There’s no better way to cure boredom and provide a little bit of entertainment for everyone that’s stuck at home,” she said. Duff asked for viewers who had the means to make donations to some of the cast member’s favorite charities, including No Kid Hungry and Baby to Baby.

The table read was even complete with the beloved Lizzie animations and everyone singing along to the theme song, per Thomas’ suggestion. And sang they did — no matter how “painful” Thomas said it may have been! When the episode concluded, Duff celebrated the writers’ ability to create content that spans generations, both in relatability and enjoyability. Lalaine touched on how much the episode took the embarrassing factor out of such a momentous moment in a young woman’s life.

Now, more than ever, fans are ready for the reboot of Lizzie McGuire. Until that officially happens, stay tuned to the cast members’ social media feeds for more potential table reads! Silver penny found in field expected to sell for over £10,000
Celebrities Posts