'HSMTMTS': Lily's 'Beauty and the Beast' Audition Will Blow You Away

Is this a tale as old as time?

As the East High Wildcats on High School Musical: The Musical: The Series prepare to take on Beauty and the Beast for their spring musical, the coveted roles of Belle and the Beast are up for grabs. Naturally, everyone under the sun — minus Nini, who’s off to Denver to attend the prestigious youth conservatory — are throwing their hat in the ring to play the iconic characters. That includes Lily (guest star Olivia Rose Keegan), the spicy new girl who isn’t afraid of stirring the pot (and ruffling Ricky’s feathers).

In ET’s exclusive sneak peek from the new episode, dropping Friday on Disney+, Lily reveals she’s not just all talk. She’s actually incredibly talented, showcasing her impressive pipes as she auditions for Miss Jenn with the classic Beauty and the Beast ballad, “Belle.” Will she get the part?

Keegan, who joined the series in season 2, shared with ET during an April interview that she learned she got the part of Lily while she was at the orthodontist.

“I had that mouth expander thing, the thing that holds your mouth open, and the orthodontist was doing sensitive work on my teeth. It was after the callback. I was waiting to see if I got it and then my manager calls and delivers the news that I booked it. I was with my mom. We both started crying tears of joy in the orthodontist’s office. And I think the man doing work on my teeth was getting a little frustrated. Rightfully so, because he was trying to do his work!” the Days of Our Lives alum recalled. “But it’s felt like a fever dream ever since. I mean, High School Musical franchise in general, has always been something that’s been a part of my life in one way or another. It’s ingrained in the culture at this point. When I was growing up, I remember it being everywhere.” 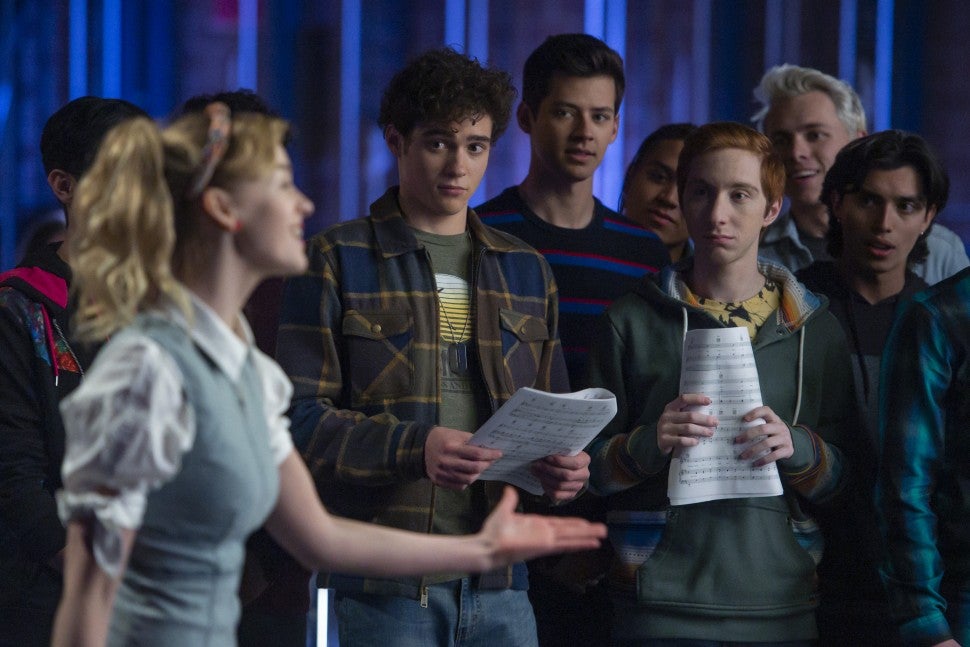 Though Lily’s introduction in the premiere was met with raised eyebrows, especially when she declared she had her eye on Ricky (Joshua Bassett), the 21-year-old actress promised there’s more to the firecracker than meets the eye.

“I really love, love Lily. I’ve played a lot of roles that seem to have this evil nuance about them. And I’m like, ‘Maybe it’s time to look inward and see what kind of vibe I’m giving out into the universe that leads me to these roles.’ But like every other role on High School Musical: The Musical: The Series, no character is one-dimensional. Every character goes into the actual humanity and the realness of every character. It’s been really fun to do that with Lily too,” she said. “I’m excited for people to see all the twists and turns that Lily takes you on because it’s not just a surface-level mean girl. Obviously everybody has the way that they are. It’s not an excuse for her to go around manipulating people. But I think it will be very interesting for people to see her different sides.”

“She will ruffle any feather she can,” Keegan added. “Lily is a very determined girl, a violently determined girl. Willing to sabotage and ruin anything in her way and anything in the way of what she wants. That will lead her to some interesting places. She kind of ruffles feathers in a lot of different areas, and it’s that annoying thing where I can’t quite give it away but I’m really excited. There are a lot of different areas where she does that.”