Hugh Bonneville distracts The One Show viewers with youthful appearance: ‘Looks about 20!’

The One Show: Alex Jones says she lied about Pancake Day

The One Show’s Alex Jones and Jermaine Jenas welcomed actor Hugh Bonneville onto the BBC show on Wednesday. However, before the star had even begun speaking with the hosts, dozens of viewers were taken aback by his seemingly youthful appearance. So much so, many were left claiming Hugh had put a filter on his camera.

“Has Hugh applied a soft filter to his Zoom chit chat? #TheOneShow,” one The One Show viewer said on Twitter.

“WHAT THE HELL FILTER MADNESS HUGH? #TheOneShow,” a third added to the debate, while a fourth claimed: “Hugh Bonneville couldn’t switch off the beautifying filter – ‘I look 20, but I’m still here’. #TheOneShow.”

And a fifth echoed: “Ffs what’s the filter on Hugh Baskerville he only looks about 20,#TheOneShow.” 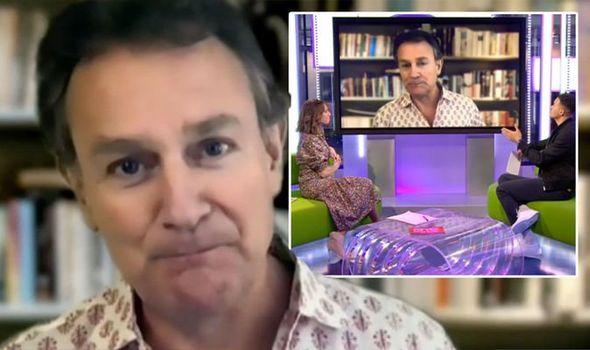