Joined by Janet Street-Porter and Brenda Edwards in the ITV studio and Gloria Hunniford from her home, Loose Women star Kaye Adams was the one in the host’s chair on Tuesday’s show. However, keeping proceedings in check proved a lot easier said than done as Kaye was left red-faced after one of the show’s ad breaks when her mobile phone began to ring live on air.

The moment came as Kaye gave fans a peek at what was to come in the rest of the programme.

After revealing she and the panel would be discussing the topic of remaining friends with an ex, Kaye’s phone began to ring.

“We’ll be debating how we would feel if we were…” she said before being interrupted by the ringing sound.

“That’s my phone,” Kaye said as she reached down to grab the device in an attempt to silence it. 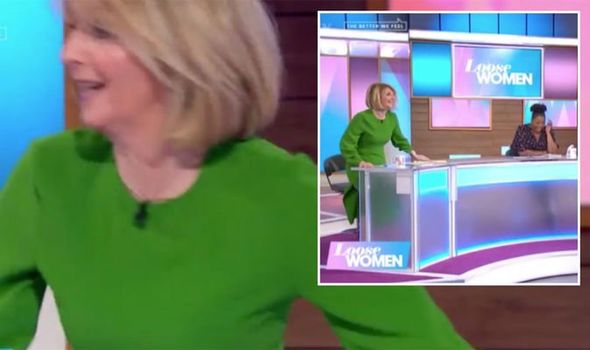 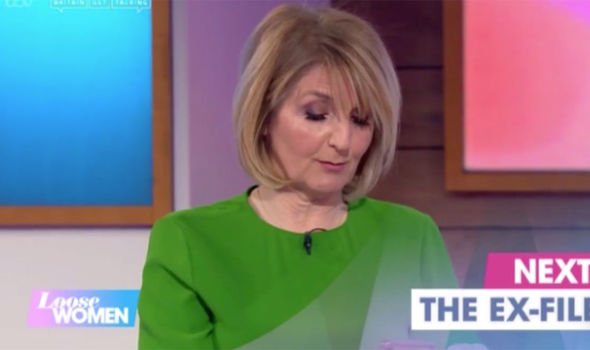 Trying not to let it derail the show too much, Kaye continued: “I’ll just switch it off, thank you very much.”

Brenda shot a shocked look down the camera at the hilarious blunder her co-star had just suffered.

While Janet couldn’t help but add to the embarrassment as she let out: “Ohhhh!”

However, after spotting who it was who decided to call her while she was on presenting duties, Kaye joked she’d have to leave early. 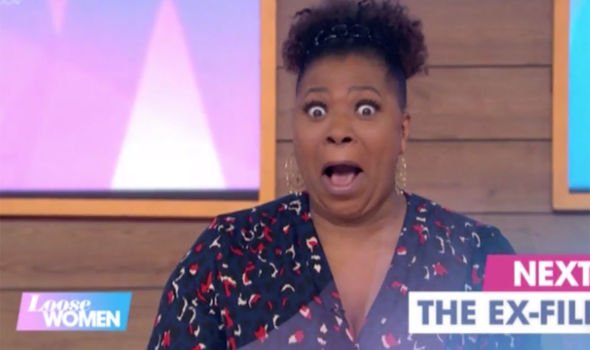 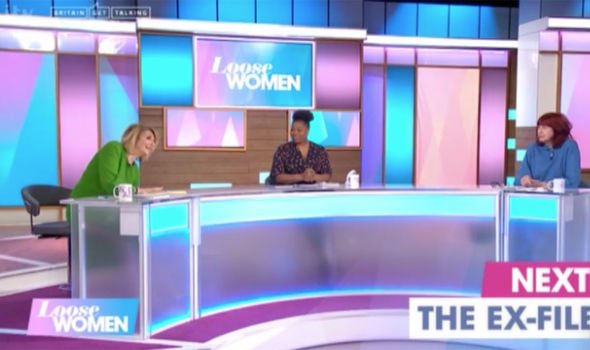 “It’s actually my alarm company so I’m going,” Kaye said as she jokingly went to leave her chair.

Brenda and Janet couldn’t contain their laughter as the Loose Women star scrambled to stop the ringing emanating from her phone.

But remaining on-script, Kaye returned to tell viewers they had a gift up their sleeves for Gloria who was celebrating her birthday at home.