Holly Hunter has reprised her role as the shapeshifting Elastigirl in Incredibles 2, and the actress has shared details from behind-the-scenes that we would never have guessed.

The 60-year-old Oscar-winning actress – who has returned to the sequel 14 years after the much-loved original – disclosed that she and her co-stars filmed their parts separately with writer and director Brad Bird, who played all of the other characters as they were recording. 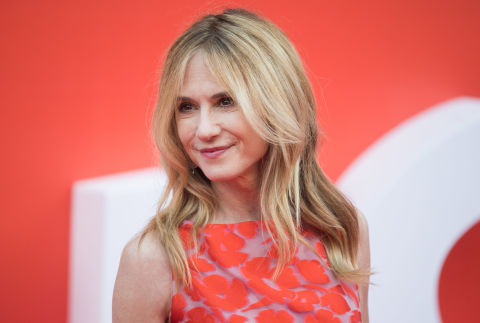 “We all recorded the first movie with Brad, and only with Brad, not with one another, and Brad would play all the other characters and then we would record with him and then he would give us direction,” Holly told Digital Spy.

“So it was so familiar [returning to the role] and like hanging around with an old friend.”

The Batman v Superman star continued: “Brad would describe scenes… The storyboards were there, there was no script so it wasn’t that comprehensive. I didn’t have a script in front of me that I was going by.”

The Disney-Pixar sequel has been almost 10 years in the making, with Holly revealing that Brad was waiting for a “worthy” and “captivating” story to share before making the long-awaited follow-up.

“Brad Bird wanted to make a sequel when he felt they had a worthy story,” she explained. “When he felt he was captivated by the story himself, and so he came up with this idea and what he did we all said, ‘Aye aye, captain’.”

The second instalment has already broken box office records, smashing pre-sales record set by Finding Dory and its record of $486 million in domestic sales. It’s very much Elastigirl’s story, as Bob Parr stays at home to look after their kids while Helen is out saving the world, no biggie.

“And I really believe that the pull that people feel towards this story is the family and in the way Brad Bird is showing the heroics of being a parent. Proper parenting is an act of heroism.’

Incredibles 2 is out now in the US and is released in the UK on July 13. Book tickets here.