A year after its 35th anniversary, having iced its cake with a star-studded TV wedding, the Today show should have finished 2018 in a blaze of PR glory.

Instead, it has found itself mired with brand-damaging headlines, effectively sacked the groom, and no one dares light the cake's candles for fear blowing breakfast television, and everyone in it, sky high. 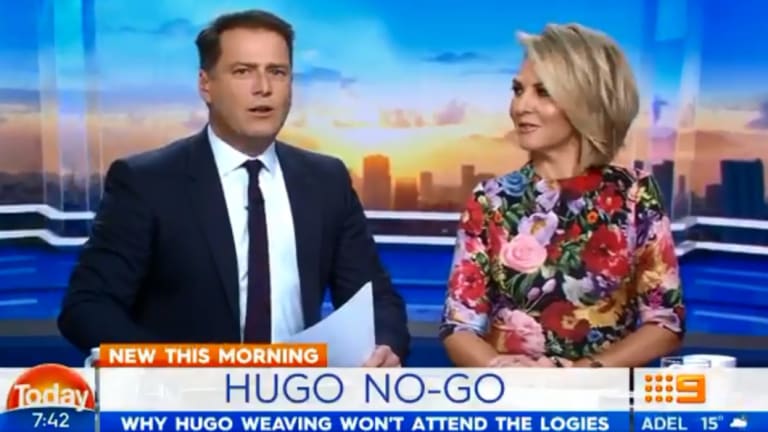 Karl Stefanovic (left) is out of the Today show.Credit:Nine

Seven's Sunrise, for example, pulls an audience in the ballpark of 450,000 viewers a day, and Today is about 100,000 behind them. However you look at it, it adds up to a relatively small fraction of the total population, which is around 24 million.

But the numbers, trimmed by the cruelty of ratings averages, do not paint the whole picture. Equally, a large proportion of the audience do not "watch" breakfast TV, but more likely listen – in that sense the genre is a proper "radio with pictures", far more than any other on television – while they perform a raft of morning tasks in their homes.

Which means how the shows sound almost always matters more than how they look.

Neither Sunrise nor Today, frankly, is visually innovative, and Sunrise's market advantage is almost certainly based on the fact that against Today it is the better-sounding show of the two.

In dollar terms, however, the genre is still relatively rich. The cake, so to speak, is worth around $120 million and the different between Nine and Seven's hefty slices of it is narrower than the ratings which separate the two rival programs.

Which means the raw numbers mean less to the networks than they do, say, to easily excitable newspaper television writers.

But it is equally true to say that 2018 has been a hell of a year for breakfast TV in general, and Nine's Today in particular. A year ago the Karl Stefanovic-Lisa Wilkinson pairing could have been sharpened into a Sunrise killer. A year later, with Wilkinson having defected to Ten and Stefanovic's private life public, it's a wreck.

Everything and everyone on television, program and presenter alike, has had to navigate an unusually febrile environment, where nuance matters and what might once have been simply jocular nonsense is now judged with savage speed on social media. 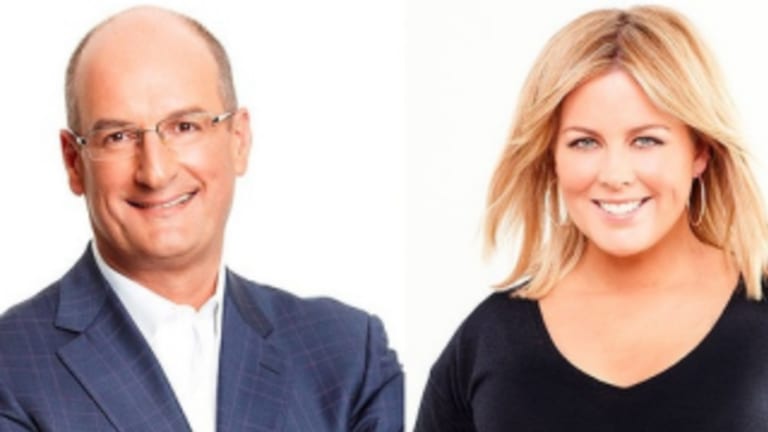 In such an environment, Australia's breakfast TV shows have bumbled through charges of racism, presenter salary inequities, Brussels sprout fights, indiscreet Uber conversations and the exhausted gimmick of using publicists and pundits as conversational brains trusts. And yet, on the broader buffet of television, it doesn't add up to much.

The cake-taking finish to the 2018 ratings jigsaw, however – the double dissolution of the Stefanovic brothers from Nine's Today franchise and a promised reboot in 2019 for the network's flagship talkie – caps off a year in which headlines about the Stefanovic divorce and remarriage turned Today into a grotesque farce.

The upside is that Today effectively beats Sunrise, for the second time, to restarting its clock, promising a sleeker, smarter look in 2019. Sunrise, in noted contrast, still essentially runs off a playbook written in the early 2000s and has, in the intervening years, shown little appetite for change.

And that, in a sea of flaws, remains the genre's weakest flank.

The success of the ABC's News Breakfast in a competitive environment which has bruised both of its commercial counterparts, has been built on the realisation that information itself, as a saleable commodity in media, has no value. It is trust, instead, which has become the product. Information can be obtained anywhere; trust not so easily.

If the lessons of the last decade in the broader television business teach anything – and on this point Netflix vs traditional pay cable is a staggering exhibit A – it is that staying the same will kill you long before change ever does.