Good Morning Britain returned to ITV with the final instalment of the week today and Kate Garraway and Ben Shephard were presenting.

During the show, they were joined by Kevin McCloud and Kate couldn’t help herself and told Ben off in front of their guest.

It comes as Kate made reference to a recent interview she did whereby the mistook ‘naturalist’ for ‘naturist‘.

“You can come out forest bathing with me if you fancy?” She asked Kevin and he replied: “Yes I’m all for that!”

“Or as some newspapers said being a naturist which is slightly different,” Kate continued to explain.

Ben then asked him: “Are you a forest bather” to which he confirmed he was and Kate then jumped in and shook his hand stating: “I’ve been so mocked!”

And Ben responded: “I was reading that Kate does it naked though!” And she corrected: “They said naturist. They confused naturalist with naturist, that’s the problem. And you’ve mocked me all morning for it!”

Nevertheless, the pair joked about the misunderstanding all morning and found it very funny.

It comes after yesterday’s show when Ben was also told off by Susanna Reid. 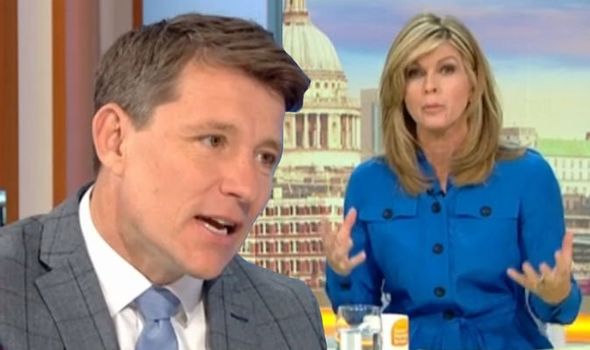 The show was discussing whether or not Prince Harry and Meghan, the Duke and Duchess of Sussex, would announce the news of their baby’s birth on their new Instagram page.

But following an ad break, Ben thought it would be funny to mislead viewers. However, his co-presenter didn’t think it was wise to tease them.

“No don’t tease people like that!” Susanna jumped in and cried.

“Well I just saw Chris [reporter] on his phone,” Ben fumbled, seeming to immediately regret his choice of words. 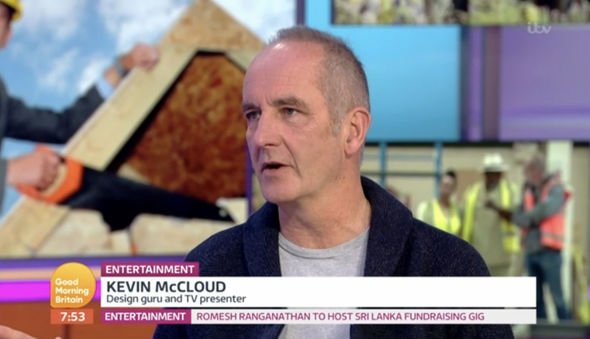 To which the reporter the clarified: “There’s been a rehearsal of trooping the colour at Windsor palace.”

Over a live video link, viewers saw the journalist hold Ron Thomson accountable for the 5000 deaths of elephants he so proudly slaughtered.

“You caused an outrage when it came out last week, the language you used, spoke with such pride and no penance, you thought it was fine,” Piers began.

But Ron defended his work and those at home were left unhappy.

Good Morning Britain returns to ITV on Monday at 6am.