AJ Pritchard, 24, appeared on Lorraine this morning to present coverage from Normandy of the 75th anniversary of the D-Day landings, speaking with veterans of World War II.

One of the most touching moments of the Strictly Come Dancing professional’s coverage was when he spoke with veteran Jonni, who AJ was seen dancing with.

Ahead of his presenting role on the show, AJ spoke about his trip to France, as well as his hopes for presenter Lorraine, 59, to be his partner on the BBC dance show.

The professional dancer, who reached the semi-finals of last year’s series with paralympian Lauren Steadman, 26, said: “I would love to see Lorraine on Strictly, obviously.”

You have to persuade her

AJ continued: “Every time I come to see Lorraine, I say ‘do a twirl’. We wouldn’t have to work too hard, we could make her look beautiful.”

Referring to the presenter’s infamous stance on stating she wouldn’t sign to the show because of her dancing ability, AJ said: “I think she’s just being modest saying she has two left feet. It would be perfect to be her partner, it would be magic.

“You have to persuade her. My plan is to get her on the Christmas special for one dance and before she knows where she is, the year after, we can get her on the main show.”

Would Lorraine be the perfect partner? AJ also spoke of what he looks for in the celebrity, revealing: “For me, someone who hasn’t danced before is a real challenge but it gives me something to work for.

“But I like the surprise. Literally on that live show, on that night, I have no idea who I am going to dance with.

“As long as the person is nice and wants to learn, I’m happy,” the professional added, but AJ also spoke about the impact his time in France for the D-Day anniversary had on him. 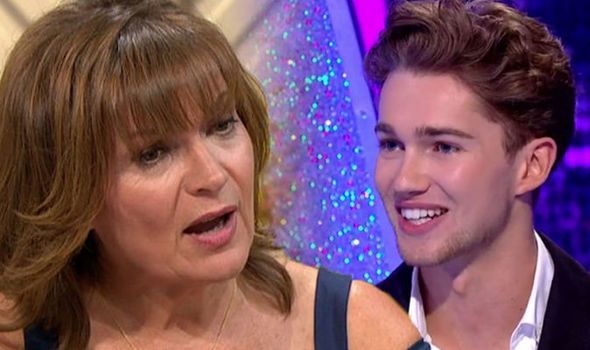 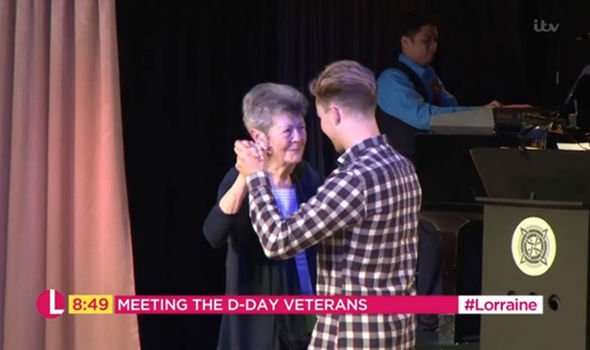 “I’ve been talking to different veterans and hearing all the emotion and their stories, there are often stories about the war that they haven’t told anyone.

“A 24-year old talking to a 97 year old about a historical moment that has impacted all our lives, is really special.”

The professional dancer said of his time with veteran Jonni: “We did a little show case, a Waltz, we got everyone up in front of all the other veterans and did a little tea dance.

“In their era, they all danced. It was great to see.

“The nice thing was they may not talk about the past in the war or their D-Day experiences when they are with their family. But when they are here with other veterans, they are relaxed and they react differently,” AJ continued. 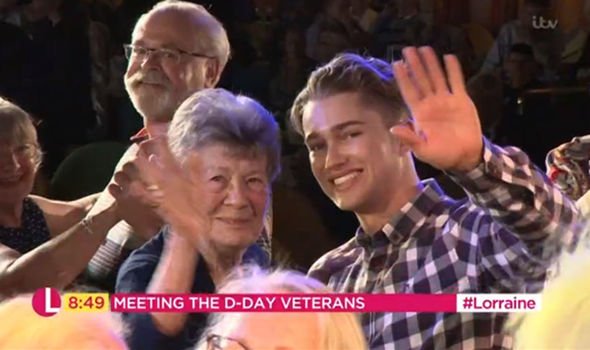 AJ’s ambition to secure Lorraine as a future contestant comes after the news Tennis aficionado Andy Murray, 32, could be set to sign up for this year’s series.

Andy wouldn’t be the first of the Murray household to take to the star-spangled dance floor as his mother and tennis coach Judy Murray, 59, was a contestant on the show in 2014 where she was partnered with Strictly icon, Anton Du Beke, 52.

The hopes Andy will sign to the series come from the latest odds by bookmakers Betway, who have the three-time Grand Slam winner’s chances at joining the line-up at 5-2.

“Though Andy Murray looks set to soldier on through a summer on the grass courts, we think he could be more likely to appear in the Strictly ballroom than the winter tennis circuit,” said Betway’s Alan Alger.

But will the tennis superstar beat his mother’s position on the show if he does make an appearance later this year?

Lorraine airs weekdays at 8.30am on ITV and Strictly Come Dancing returns later this year on BBC One.