The actress joined the show back in 1986 and has appeared throughout the past 30 years and a lot has changed.

However, presenter Phillip was keen to probe the star on her first appearance as she had a thick Yorkshire accent.

Now, Nurse Duffy seems to have lost the accent and Cathy was left horrified when Phillip highlighted the difference.

The presenters played a video of Cathy as Nurse Duffy in her first ever scene chatting to Charlie Fairhead (played by Derek Thompson).

Her accent was much stronger and she appeared to have been from Yorkshire in the short clip which was shown at the start of the series.

Cathy could be seen covering her mouth in shock as she was left momentarily speechless over the moment.

Explaining the change in accent, she said: “Hands up this is my first telly, suddenly your on Saturday night.

“You’re one of the most inexperienced actors and they ask you to do an accent.”

Fans will know Nurse Duffy has a more pronounced accent, which is down to a change in producers on the show. 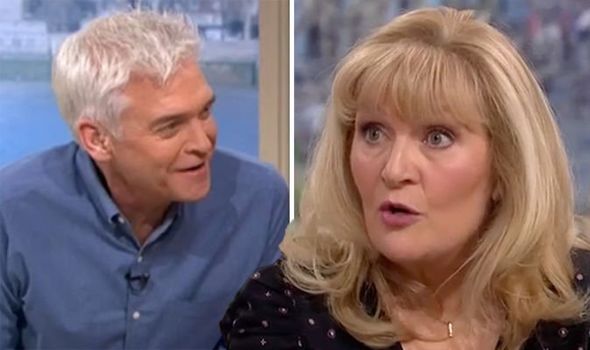 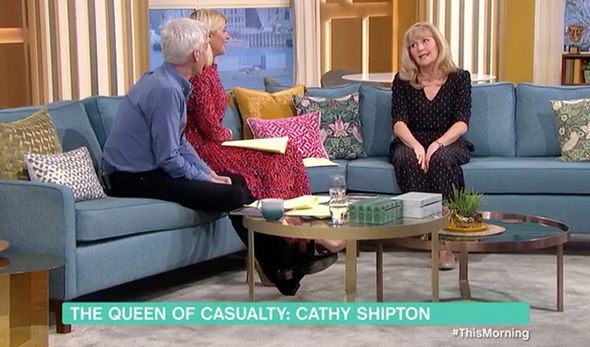 “Well yes because we got a new producer and he said well Duffy has been listening to lots of Radio 4,” Cathy said laughing.

The star is currently filming her most difficult storyline to date as Nurse Duffy has been diagnosed with vascular dementia.

“It is undoubtedly the toughest, it’s a bittersweet storyline,” she noted.

“In a way everything is based in fact for a guest characters or a regular and a lot of people are going through what we have explored.

“They have played it up very slowly.” 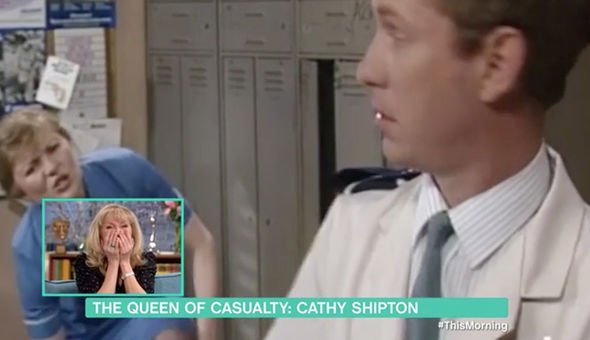 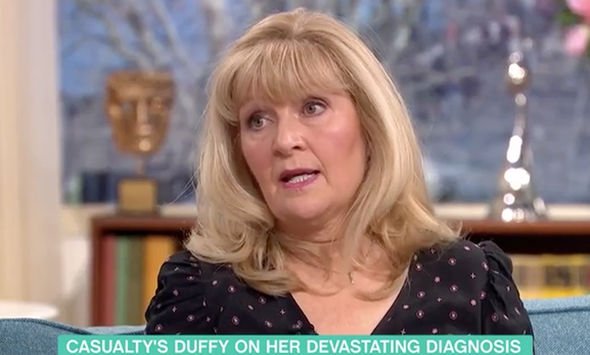 This weekend’s episode will see Nurse Duffy’s relationship with Charlie come under even more strain.

While they aren’t on the best of terms, Charlie is trying to hide details of Duffy’s dementia.

The synopsis reads: “Charlie pushes the nurses to their limit to hide Duffy’s secret.”

Will Duffy reveal her diagnosis to the department or step down from her role?

Casualty airs Saturday on BBC One at 8.25pm while This Morning airs weekdays on ITV at 10.30am.