The mum of Wimbledon champion Andy Murray stood up in the audience at the end of Micky's act to get her on back on the finalist. 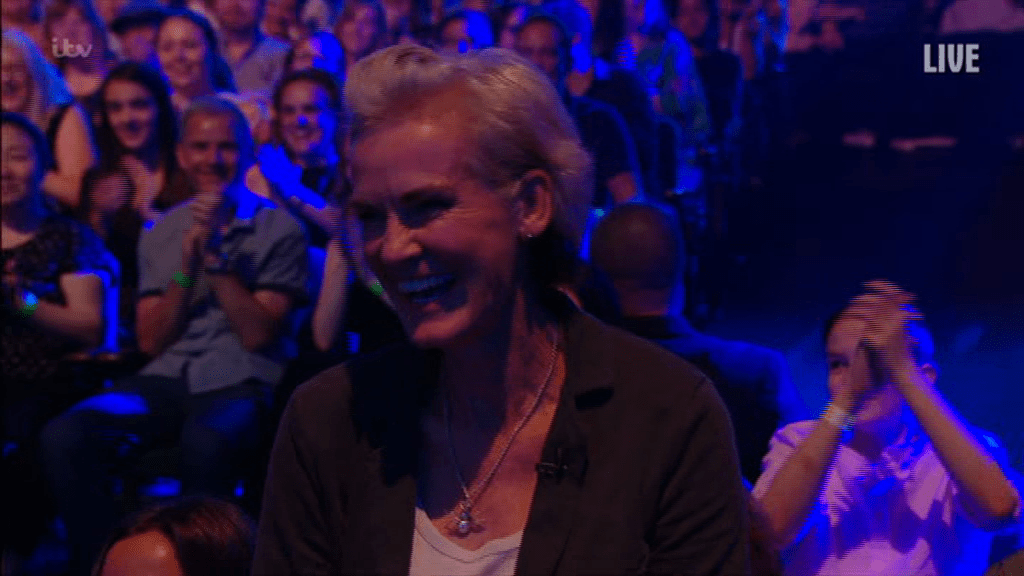 In his semi-final performance, Micky sang: "Every time I see your face, the anger rushes through my veins.

"I always turn around and say, 'she does my head in, her'.

"I don't know why I hate you, I'm not sure what you've done… Andy Murray's mum."

Judy hilariously responded on Twitter, saying: "Seems like I helped this guy to make the final of #BGT. Which is good. Coz I’m not a fan of losing ??? #shedoesmyheadin ?". But that wasn't the end of it. Judy made the effort to travel to the Hammersmith Apollo to sit in the audience of tonight's show.

After Micky had been given mixed reviews by the judges, Dec said he had a surprise judge for Micky before Judy popped up.

Fans erupted into fits of laughter at home as they praised Judy's "banter".

One said: "Judy Murray was funnier than Mickey #BGT."

Another added: "Judy Murray standing up with the best part of that act #bgt".

Someone else said: "Judy Murray’s one liner was funnier than his whole performance???? #bgt".
Another said: "Don’t know what was more awkward, Mickey Kerr’s performance or him realising Judy Murray is in the crowd and give that shy wave at her #BritainsGotTalant #bgt #bgtfinal".

The winner of Britain's Got Talent 2018 was Lost Voice Guy, also known as Lee Ridley, who captured the nation's heart with his stand-up routine – despite suffering from neurological condition cerebral palsy, which means he can't speak.